A Day to Remember with Barbara Windsor 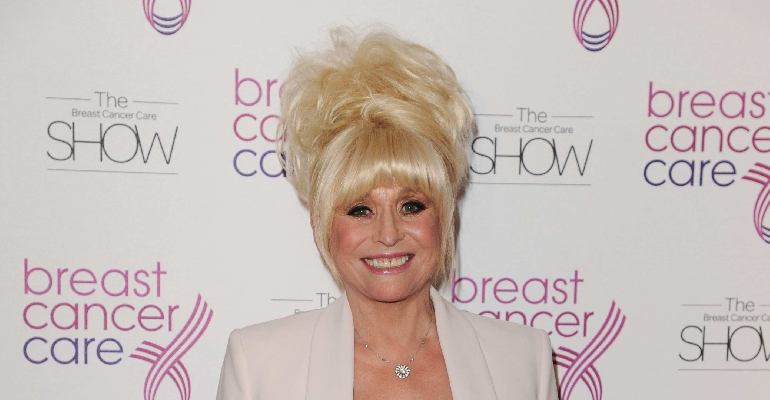 Back in 1988, John Hannam interviewed Barbara Windsor – and this was long before Albert Square.

Her parting shot to me in the Cowes Corinthian Yacht Club, which is slightly more upmarket than the Queen Vic, was a possible hint of her future direction: “I never liked being a part of a team. I just wanted to be on my own. Now I'm older, I'd rather like to be part of a team.

“As you get older, the confidence stops and you need familiar faces around you. It would be nice to be in a soap and see the same faces every Monday morning.”

Barbara and Gareth Hunt came to the isle of Wight to attend the Stone's Ginger I 24 yachting championship. They both also took part in a tin bath race.

Those were the days when you could just turn up at an event attended by a few stars and virtually get an instant interview. There were no PR people to block your path or wind-up yur interview after just a few minutes.

At the time Barbara was 50 and simply fed up with being offered the parts of 30-year-olds. Some ladies would have been so envious. “I just want to play someone my own age. The Carry On image has been hard to live down,” said Barbara.

We hit it off instantly and she told me it was nice to meet an interviewer more interested in her professional life than her private life – and told me why.

“The national tabloids have tried to make me a personality which I rather resent. I've not been able to get on with my job. I'm a working actress.

“Suddenly they weren't writing about my acting, just my private life. This is still with me and I don't like it very much,” said Barbara, who admitted a fear of picking up the morning papers.

Thankfully her true fans stayed loyal and this had proved a great comfort to her.

Babs, as she is affectionately known, was spotted at a charity concert given by her convent school. It was big-time impresario Brian Michie who liked the look of her.

“He said I'd got something – and I didn't have the boobs in those days,” reflected Barbara.

With her father a bus driver and mother a dressmaker, it was hard to follow the advice to send her to theatre school. In the end, she went to Aida Foster for a term. At the age of 14 she was in the West End's Love from Judy, at the Saville Theatre. Amazingly, before spending those two years on a London stage, she had no real desire to go into the theatre.

“This might surprise you, I had wanted to be a nun and then a foreign language telephonist,” Imagine Miss Windsor in a habit!

Like many others, who developed into fine actors, she spent some early days at the Stratford East Theatre with Joan Littlewood. Among her contemporaries there were Brian Murphy and Lionel Bart. It was Bart's Fings Ain't Wot They Used To Be that proved to be the turning point in her stage career. During nearly three years in that show she was also seen on TV's The Rag Trade and, hence, often spotted on London trains.

“Most people associate me with Carry On films, but really they have played a minor part in my career. That's the power of television. They've been cut up and used in so many programmes.”

At that time, she would sooner have been remembered for her creations of Marie Lloyd, Lucy Brown in the Threepenny Opera and Maria in Twelfth Night.

Twice in later years I tried to interview Barbara again, with no success.

You can purchase John's book 'The John Hannam Interviews' with Barbara's interview and many more at local stores such as Dalverton Garden Centre in Lake, Farnsworth's at Nodehill, Newport, Ryde Book Shop, Glyn Morgan's, Regent Street, Shanklin and other book shops.