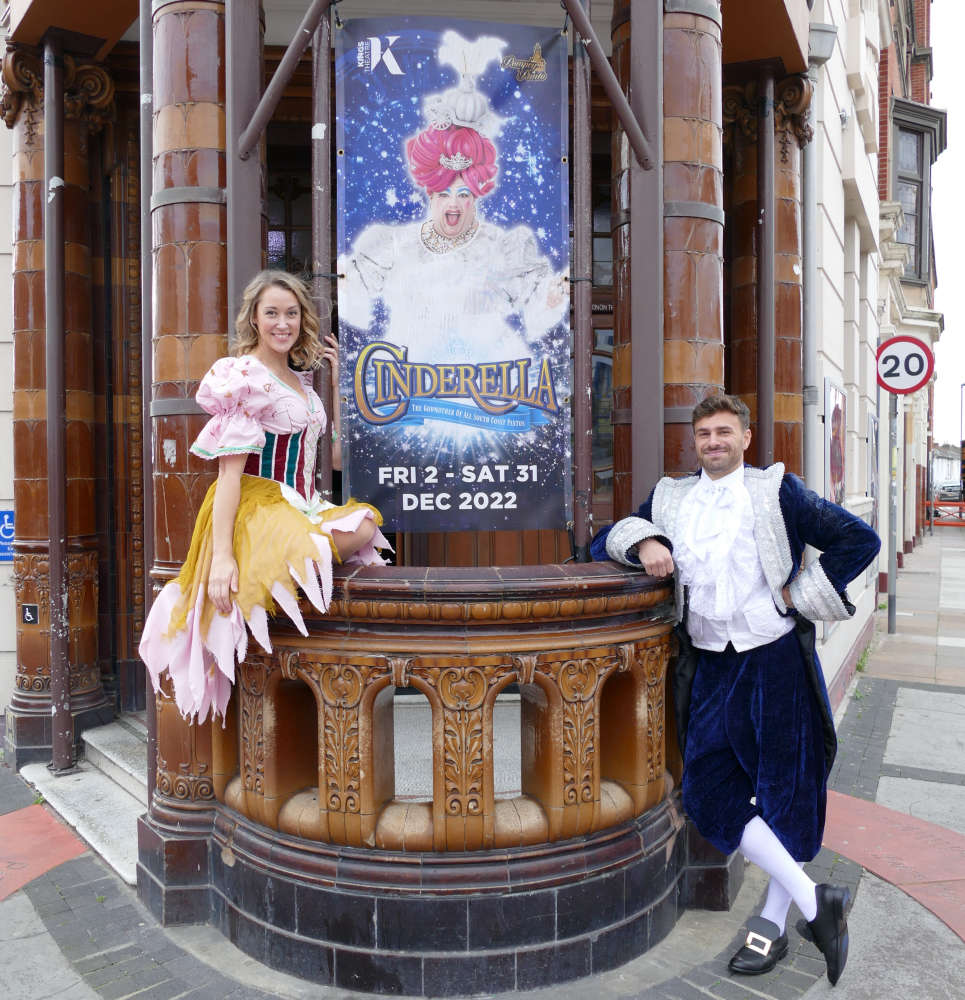 First Dates favourite, Grant Urquhart, has joined the cast of Kings Theatre's upcoming and 88th pantomime, to star as the handsome Prince Charming.

Urquhart, who stars as a charming senior waiter on Channel 4’s hit show, will be showcasing his talents in this year’s production of Cinderella, alongside ‘Search for Cinders’ winner Michelle Antrobus.

His dashing good looks and funny quips have won him a legion of fans who tune in to watch the young heartthrob in action every week in his quest to help single people find love.

Grant, (28) is a seasoned performer having trained as an actor and singer at the renowned Italia Conti Academy.

His previous on-stage exploits include wowing audiences in his role as Silly Billy in Beauty & The Beast at The Cresset Theatre in Peterborough last year.

“I’m so excited to be joining this this incredible production. The story of Cinderella is a childhood favourite of mine and playing Prince Charming is a dream come true.

“This is a wonderful theatre with such a rich cultural history - I can’t wait to swap serving tables of loved up couples -and start serving up memorable performances for panto goers this year.”

The theatre's panto this year promises to be bigger and better than ever - with the expected outstanding production values synonymous with the legendary Pompey Panto. Also, for the first time since 2019, The Kings Theatre is delighted to welcome back children to the cast.

The production will also feature all the Pompey Panto favourites - Jack Edwards as the crazy and unpredictable Fairy Godmother, born to be bad Julia Worsley and Harry Howle as the Wicked Stepsisters, Ben Ofoedu as Dandini and Peter McCrohon as the Fairy King and the side-splittingly funny Joe Rowntree as the lovestruck Buttons.

The show is packed to the brim with breath-taking special effects, magical scenery, hilarious jokes, and live music. It will be everything you expect from a traditional Christmas pantomime, plus all-time favourite, the Twelve Days of Christmas complete with toilet rolls, the Ghost gag and a few more surprises to entertain audiences.

Paul Woolf, CEO of The Kings Theatre and the Panto’s producer said:

“This year’s production of Cinderella is set to be the most spectacular panto in our illustrious history. The Kings Theatre always puts on the best show in town, and that’s why everyone here is delighted that Grant was able to join our stellar cast. We’re a long-time admirer of his work and we know the people of Portsmouth are going to be thoroughly entertained by his performances this season.”

Sean Smith, who had previously been cast in the role, has now left the production to pursue a new venture – he leaves with best wishes from the team at The Kings Theatre.

The show is inclusive for all, with the theatre's newly announced £10 ticket offer, no one needs to miss out on the festive fun.