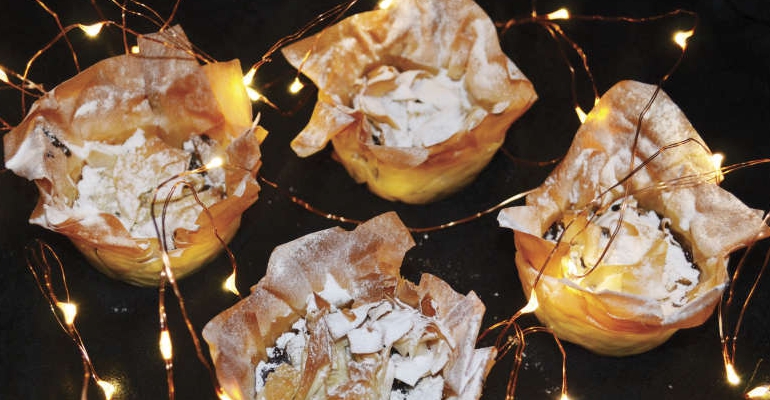 Sixteen year-old Imogen Palmer has been putting her seasonal spin on a traditional recipe. For the less adventurous and for those not tempted to make their own mincemeat… grab a 600g jar of ready made instead. Let’s bake!