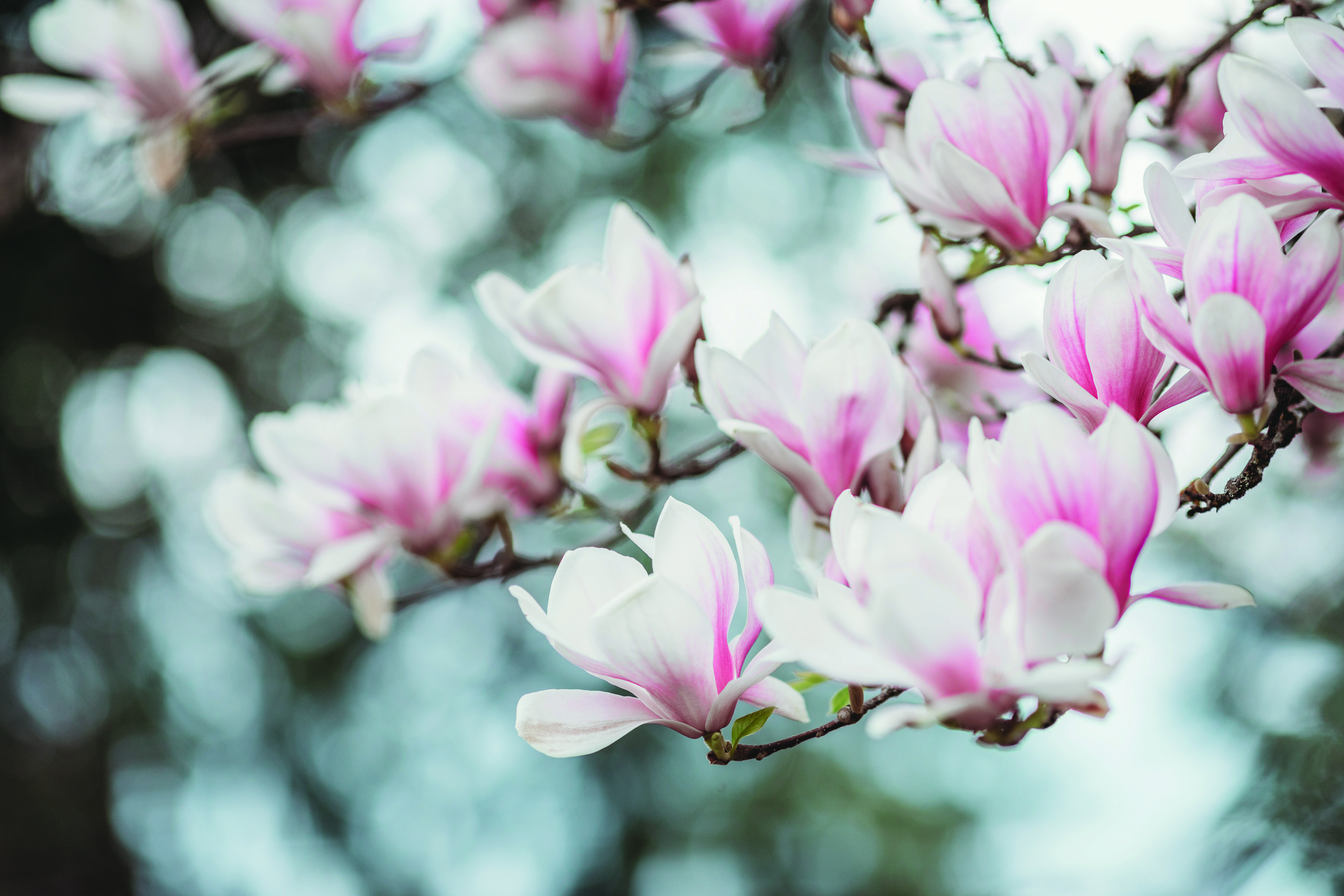 The ancient magnolia plant dates back to the dinosaurs, though their naming wasn’t confirmed until French botanist Pierre Magnol began to study them. With over 200 varieties listed, Peter Erridge explains their interesting backstory and the best ways to cultivate them.

Fossilised magnolia type plants dating back 95 million years have been found. Magnolias appeared before bees, leading the flowers to evolve for pollination by beetles. Their main centre of origin is South and East Asia with another group in eastern North America. Magnolia is the official flower of North Korea, the Gangnam district of South Korea, and the Chinese metropolis of Shanghai. The impressive magnolia flower is represented on the flag of the American state of Mississippi and is also the official flower of Louisiana. At their original sites many species are endangered where the plants are cut down for firewood or the land is cleared for food production.

Magnolias are named after Pierre Magnol, an eminent 17th century French botanist and Professor of Medicine. The National Collection is held in Cornwall where over 40 species of magnolia plus many hybrids are held. More locally, some of the finest examples can be found in gardens just outside Haywards Heath. 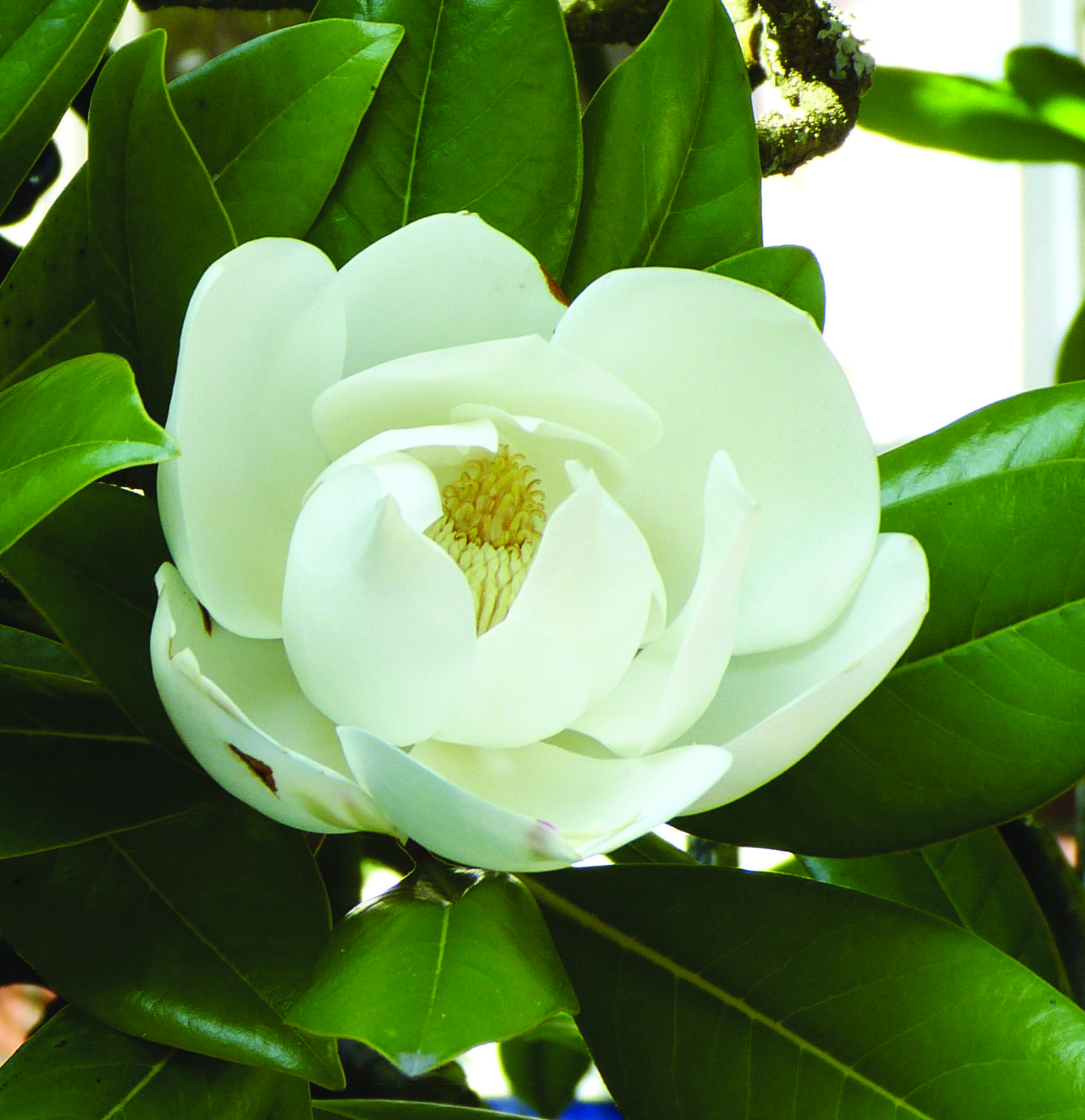 Magnolias with their large white, pink or purple flowers first emerge in a tulip shape, gradually opening to a bowl or a star shape. The earliest flowers appear in March followed until mid-summer by other varieties. In favourable conditions there may be repeat blooming, on a lesser scale, even as late as October. Most have a fragrant aroma, which can best be appreciated by selecting low growing varieties.

Many magnolias grow to over 20m (60ft) such as M. grandiflora. This genus hybridises easily allowing the best aspects of different species to be selected to develop plants which are more suitable for modern gardens.

There are now over 200 varieties of magnolia; one online nursery lists 177 varieties, but local plant centres usually have a limited range of hybrids. Searching online for compact magnolias results in examples varying in size from M. laevifolia 'minnie mouse' at 1.25m (4ft) upwards. The white flowering M. denudata, ’Lily tree’ which grows to 10m (33ft) has been hybridised to produce one example at 2m (7ft) with a red base to the flowers, two white types to 3m (10ft) and 6m (20ft), and a 10m (33ft) yellowish flower variety. M. Soulangeana 8m (26ft) has a hybrid ‘Lilliputian’ 3m (10ft). 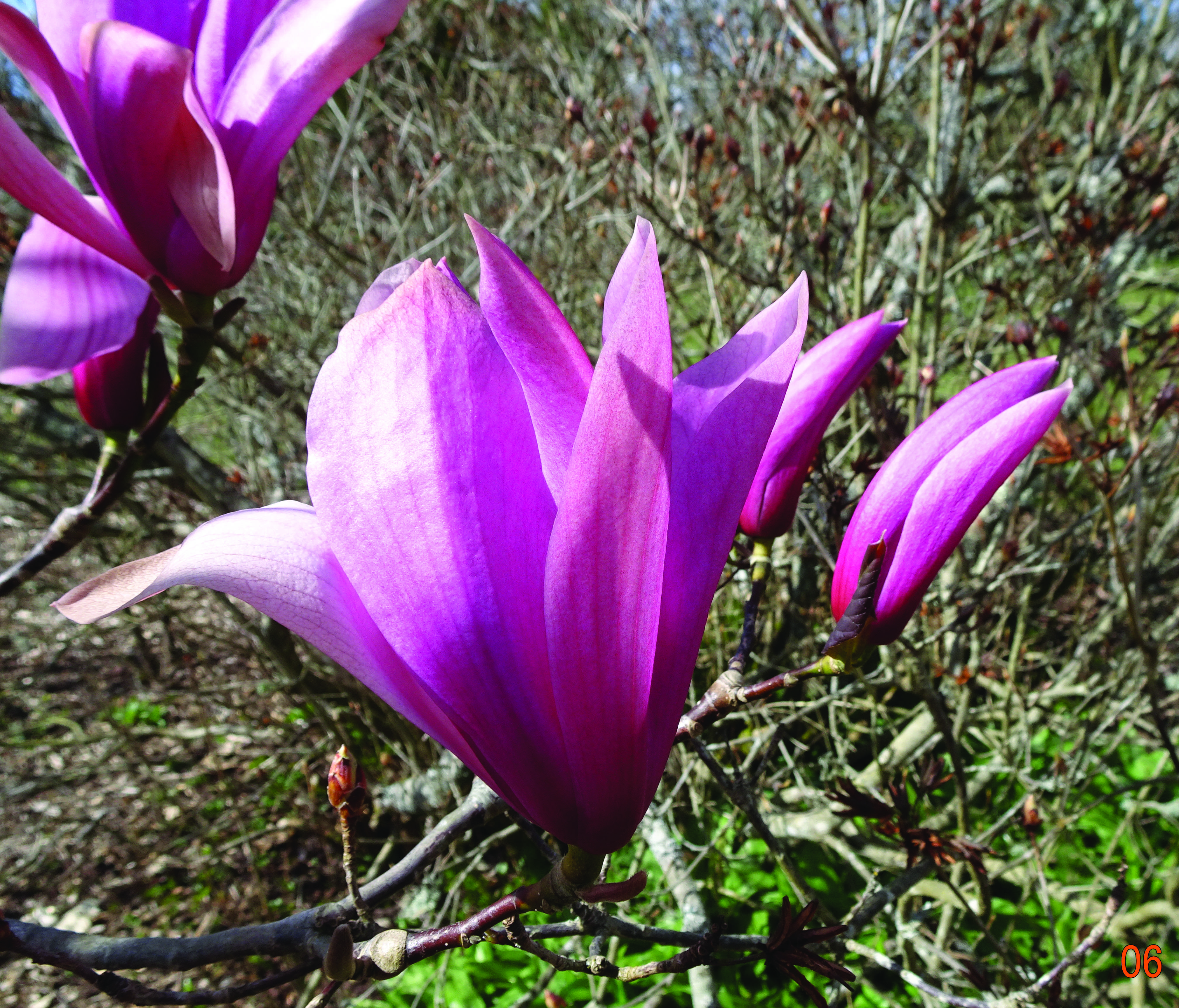 Many hybrids flower later than the parent species to reduce frost damage, and with more fragrant and impressive flowers. Older varieties of magnolia seldom bloom before they are 20 years old, the hybrids flower after 3-5 years but they need time to settle after planting before blooming.

Evergreen varieties develop into large trees, with the blooms often becoming submerged within the foliage. The majority of this species have deciduous foliage and some plants come into flower before any leaves appear, the bare branches carrying large blooms, which in good years create an impressive floral display resembling pink or white lollipops. However, the lack of foliage protection renders them liable frost damage.

Site selection is important. For best results magnolias should be planted where they will get partial or full sun and in fertile, humus rich moist but well drained soil, pH 6.5-7.5. The buds and flowers need shelter from cold winds. This can be provided by an adjacent wall or building. The evidence is that the roots of magnolias rarely cause damage to the foundations of walls. Planting is best done in autumn when the plant can settle in over winter. In the first season watering and a mulch will help the plants to establish. 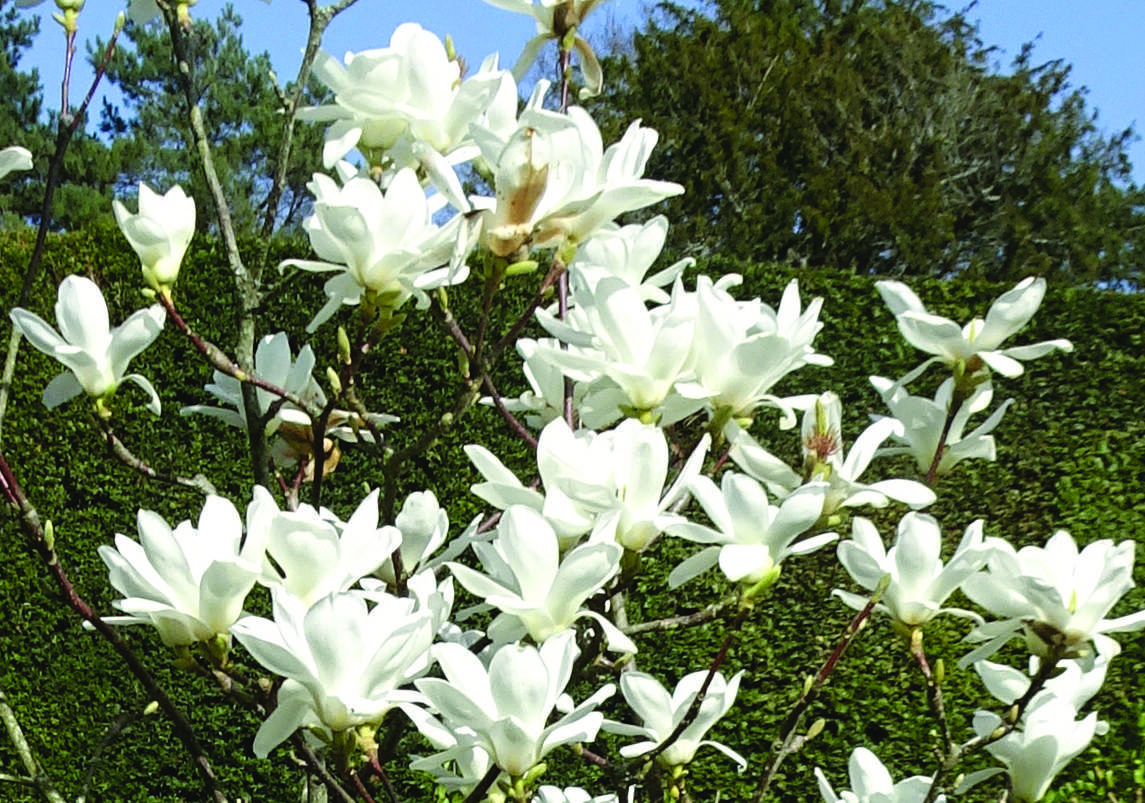 Magnolias are generally trimmed back after blooming when sap rise is slowing down. Controlling the size and shape should be started at an early stage in the life of the plant. Too often this work is deferred until the plant becomes ‘leggy.’ Another interesting feature is the seed ‘pods’ resembling a parrot’s beak, known as ‘parrots.’

There are culinary uses for this genus in Britain and abroad; flower buds may be eaten as a vegetable or used to flavour rice. The flowers are pickled for use as a spicy condiment in some cultures. Also fried, they are regarded as a delicacy. Large leaves, such as M. tripetala up to 50cm (20ins), are used to wrap food, presumably like stuffed vine leaves, dolmades. Various parts of the magnolia plant are used in Chinese medicine.