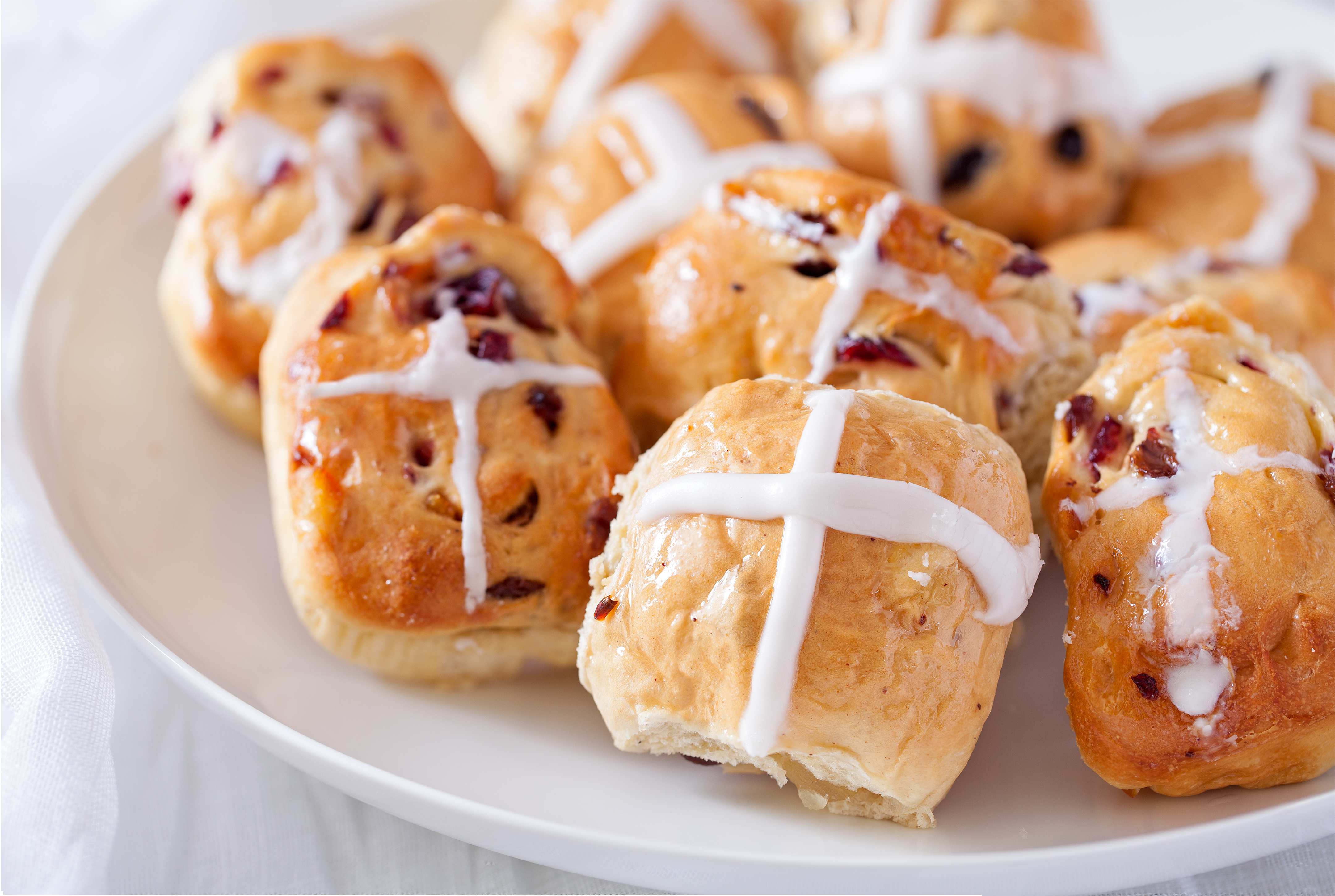 Arguably one of the best things about the Easter season is enjoying warm hot cross buns, slathered in butter. So we've brought you a tasty recipe for cranberry and orange flavoured buns to bake at home. After all, we've all become pretty good at baking from scratch over the past year!