The Dirt on Hedges 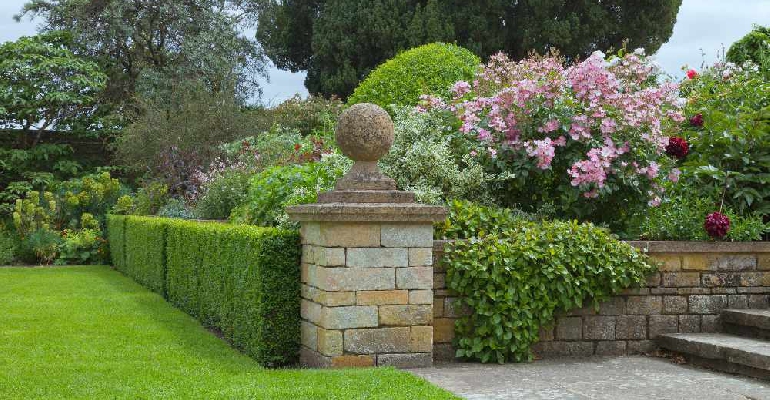 Hedging is an important feature in many domestic and agricultural settings, designating boundary, providing habitat for wildlife and privacy for humans, and actually being a thing of beauty. Peter Erridge tells us more

Hedges in our gardens are usually formal in that they are trimmed and dense, whereas country hedgerows around the edges of fields or roads are looser and referred to as informal.

Either style can mark land boundaries and create an important habitat in the life cycle of the animal world, affording shelter and food: a conservation zone. The word ‘hedge’ has European origins such as the Dutch Haag, meaning enclosure. The Old English haga meant haw referring to hawthorn,
commonly found in hedgerows.

Hedgehog appears to refer to an animal ‘covered in thorns’. Hedges, whether domestic or agricultural, are often considered to be a British feature but can be found worldwide wherever the topography is suitable.

A line of clipped trees forming avenues was a feature of 16th century Italian and French gardens. Around the same period another European
garden fashion was to have elaborately shaped and interlaced borders forming ‘knot gardens or parterres.’ Modern border hedges, below knee height, often use Box plants which tend to be killed by Box blight. Many alternatives have now been found including varieties of Euonymus, smooth leaf Holly and Hebes.

A hedge is a natural barrier which is less expensive and can outlast fences which can be created either by planting bushes or using ‘whips’, young saplings, to form a ‘quickset’ hedge. This is best carried out in autumn when the ground is wet to allow roots to develop more easily; this is the cheaper method but it does require more patience than buying mature plants.

The ground at the hedge base acts as a seed bank and is marginally warmer leading to a longer growing season. The bases provide cover for a range of animal life including amphibians and small mammals. Mice and hedgehogs forage among the leaf litter and other decaying plant debris; a
reason for not tidying this zone. Some bumble bees nest in holes in soil at the hedge bases or in surrounding tussock grass. At the start of the breeding season the emerging queens need to feed on the adjacent plants, and again when building up reserves ready for hibernation.

Some bird species favour hedges for their nests. Robins, Dunnocks, Wrens and Whitethroats prefer the base whilst Blackbirds, Song Thrushes and
Chaffinches use the upper areas. The rich flora of hedges acts as an insect reservoir. At the lower end of the food chain aphids flourish, and other insects lay their eggs among hedge plants where the leaves will provide food for the immature insects, who in turn become food for other insects as
well as birds and bats.

To attract wildlife a hedge needs to be properly and regularly maintained, aiming to create an even amount of vegetation at all levels by pruning a few lower stems each year. A well maintained hedge will provide sites for birds to nest, roost or look for shelter from heat or cold.
Properly looked after the hedge plants will produce flowers and berries so trimming is best carried out after the winter food and shelter is no longer needed. The Wildlife and Countryside Act specifically protects birds during the breeding season between 1 March and 31 August. It is inadvisable to work on hedges during this period.