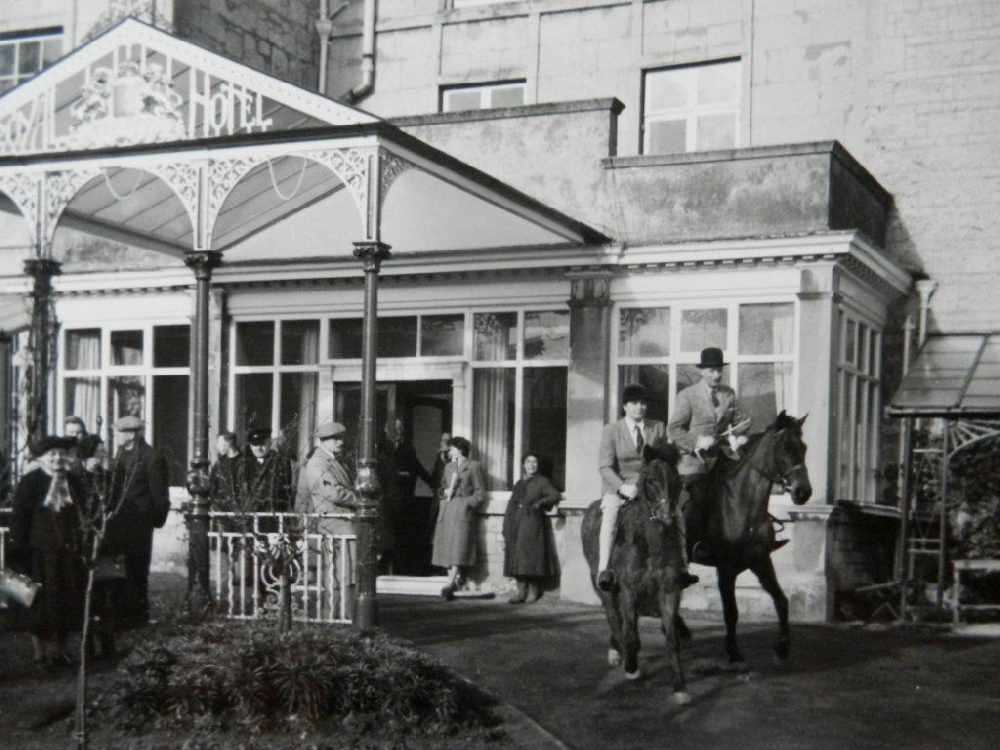 The prestigious Royal Hotel, in Ventnor, was built more than a hundred and fifty years ago as a coaching house to accommodate both travellers and people who had come to Ventnor for the sake of their health.

In 1832, when the hotel was built, the special climate and air of Ventnor was felt to be beneficial. Doctors for centuries had known that good food and accommodation were important for individuals and the little inn offered these things coupled with the benefits of the special climate.

Over the years that have followed, this historic building has entertained the crowned heads of Europe, and was a favourite destination of Queen Victoria’s whenever she visited Ventnor.

Originally named Ventnor Hotel, The Royal was run by Mr John Fisher until 1844, followed by a Mr Keatly and by Mr G. M Riles.

Her Majesty Queen Victoria took refreshment at The Royal that year, before visiting Sir John Hambrough at his newly erected residence of Steephill Castle, one mile west of Ventnor. It has been suggested the hotel was often used as an annexe for guests invited to stay at the castle. 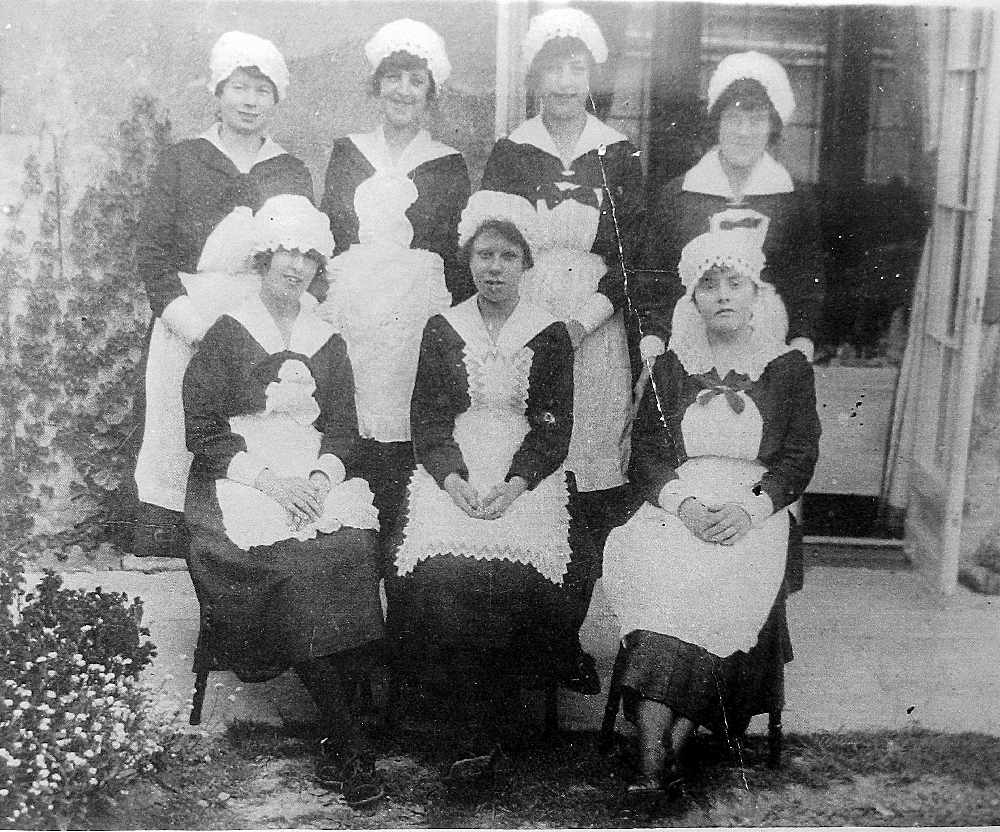 Between 1851-1861 the census showed that William Bush was the hotel keeper. The next owner listed was that of William Johnson in 1873 who was the sole proprietor.

During the years between 1873 and 1885 The Royal underwent extensive refurbishment, including part of the building being raised one storey higher on the left wing, which gave an addition of fifteen large bedrooms, a reading room and public dining room. The interior was thoroughly modernised and refurbished.

In the month of May 1885 a new proprietor took over the hotel, Mr James Beales of Threadneedle Street – who closed the hotel until July of that year, as he decided to refurbish the hotel with more elaborate fittings and furnishings. In the month of September 1885, James Beales was declared bankrupt. 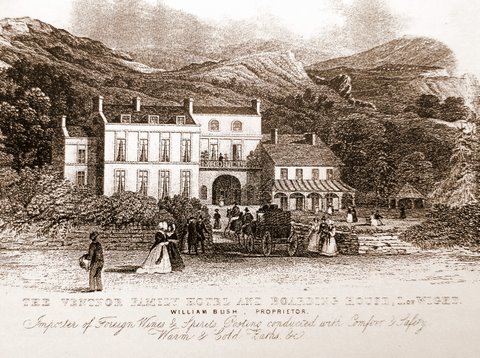 There is a gap of information in the life of the hotel for ten years, as the next name to appear is that of Hubert Cloots in 1895. Apart from building a grand new saloon, he was the one who had the telephone installed in 1896. The number then was Ventnor 6, and has been kept to this day as the last digit – 852186.

In 1911 the hotel was sold. There’s no record of the buyers, but in 1917 the Homes Counties Public Trust bought The Royal.

When Beeching axed the railways on the Island, visitors became fewer and fewer, so in 1982 it was decided to close the hotel for the winter period, apart from the Christmas festivities. 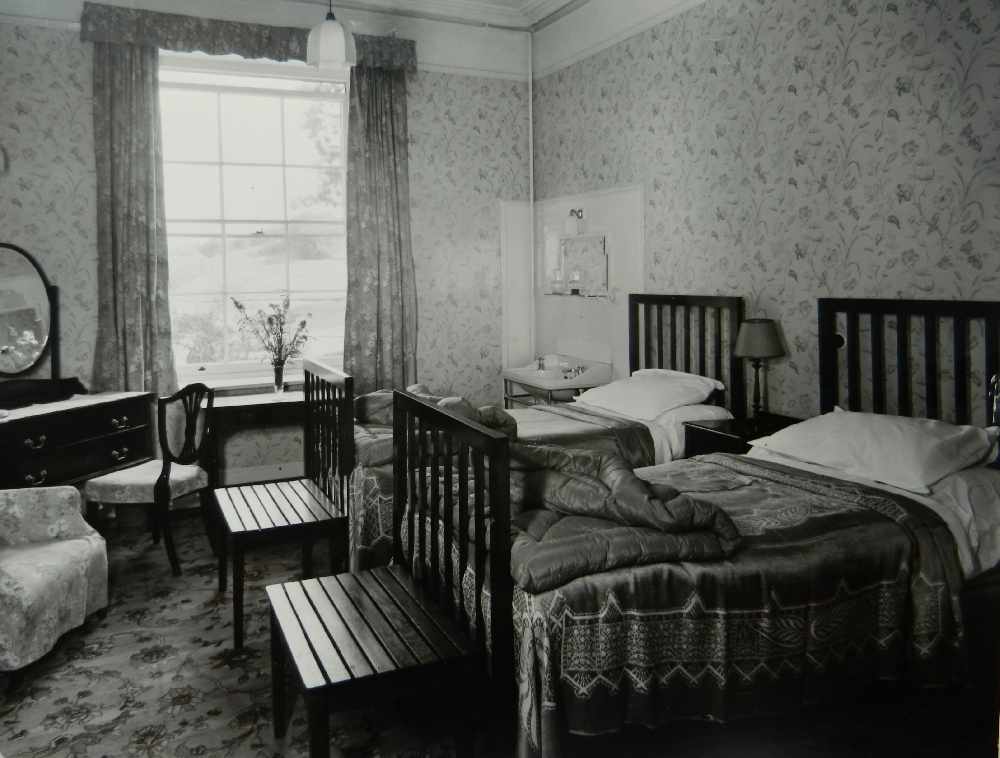 There was a general lack of re- investment until Mr Bailey bought the hotel in the summer of 1994. After a lot of hard work The Royal Hotel has gradually been turned back into the beautiful and majestic ‘Royal’ hotel it once was. It has undergone extensive refurbishment and has become the Island’s premier four star hotel.

The main hotel is nestled into exotic south facing gardens overlooking Ventnor’s stunning coastline. On arrival you’ll find yourself in the company of guests who know and love The Royal Hotel, returning year after year to enjoy the charm of this now family-run hotel.

Passionate about superb seasonal food, The Royal Hotel has earned a reputation for accomplished modern British cooking, achieving two AA rosettes for food excellence for twenty consecutive years and shares the rare privilege of being one of only 30 establishments to be listed in every Michelin Guide since it was first published in 1911.

Treat yourself to a Dine and Stay at The Royal Hotel. Indulge in imaginative menus which are expertly prepared and beautifully presented to make evenings at The Royal an experience not to be missed.

Find out more about Dine and Stays at The Royal at royalhoteliow.co.uk.