The History of Browns Golf Course 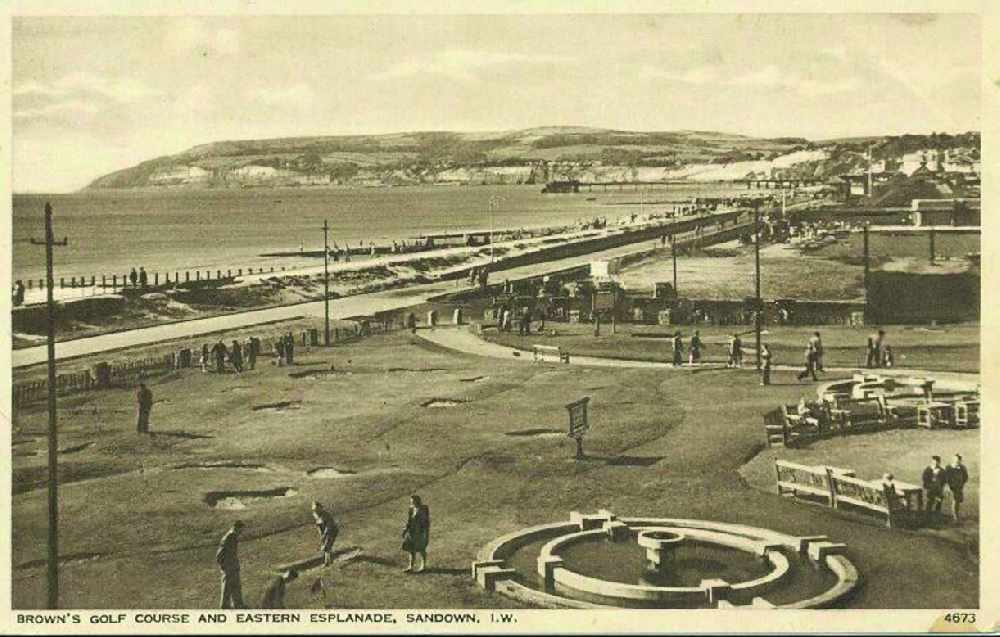 Brown’s Golf Course was created in 1931 by Alexander Kennedy and his wife Violet Kennedy, the owners of a chain of successful south London sausage and pie shops.

As frequent visitors to the Isle of Wight, the Kennedys recognised the commercial potential of the growing coastal resort town of Sandown seafront, adjacent to the town’s Granite Fort on which to lay out a pitch and putt golf course.

Mr Alexander Kennedy recruited his friend, south London neighbour and professional golfer Henry Cotton to design the course. Works were completed on schedule and the course was named Brown’s on account of this being Mr Kennedy’s nickname. Cotton was invited back to open Brown’s in March 1932 by playing the first round.

Brown’s was an immediate success prompting the Kennedys to invest in its continued improvement and expansion over the next six years. Cotton also continued his involvement in the site during this time, overseeing in 1933 the design of a 14 hole extension to the course, including the feature ‘Isle of Wight’ hole, which remains in play today. Once again, Cotton was invited to open the extended course which he did on 11th July 1933 playing an exhibition match against fellow golf professional and trick shot specialist Joe Kirkwood in front of a crowd of 300-400 spectators.
The outbreak of World War II saw the beginning of a new chapter in the site’s story. In 1942, Brown’s together with the adjacent Grand Hotel and Granite Fort were requisitioned by the military as part of the top-secret Operation PLUTO.

Operation PLUTO was about pumping fuel through pipes laid on the seabed to support the allied invasion of mainland Europe following D-Day. The Clubhouse, the former Ice Cream Factory and the Pavilion are each thought to have played a part in PLUTO and remain extant, the latter now listed at Grade II for its association with this ambitious operation.

Brown’s reopened to the public in 1947. By this time the Kennedy family had acquired the neighbouring Canoe Lake and together the twin attractions rode the wave of Sandown’s popularity as a ‘bucket and spade’ coastal resort through the 1950s and 60s. Typically, Sandown struggled to compete with foreign package holidays that became increasingly affordable from the late-1960s. The impact on Brown’s can be measured in terms of the loss of some of its distinctive yet high maintenance features and facilities. The Kennedys finally called time on their ownership of Brown’s in 1979, selling it as a going concern to a local family. 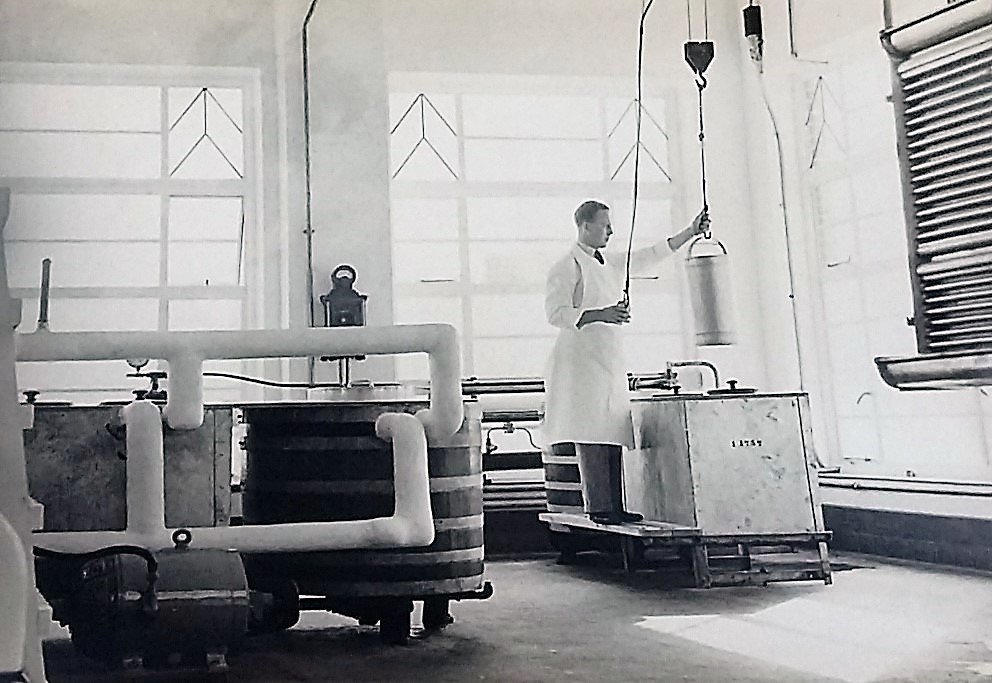 Little changed at Brown’s over the next decade with various plans to improve the appeal of the site failing to gain much traction and in 1990 it passed into the ownership of the local authority.

In 2000 the Isle of Wight Council secured lottery funding to build a new museum on the land between Brown’s and the Canoe Lake. By this time the Canoe Lake had ceased to operate and Brown’s was seemingly on borrowed time The local authority struggled to make the site pay its way during the ‘00s as plans for development of the site again failed to materialise and in 2010 it called time on the attraction.

Closure was only temporary and the following year, the site was leased to new tenants who, like Mr and Mrs Kennedy some 80 years ago, saw the potential of the site in a changing social and economic environment. Since then, the site has gained new vibrancy and investment thanks in part to a group of tenants keen to maximise its public use and community value. Brown’s continued to function as an important public green space and leisure amenity in Sandown Bay. Alongside golf, the area also hosts a lively programme of cultural and science events, which is enabling a range of new audiences to discover the site. 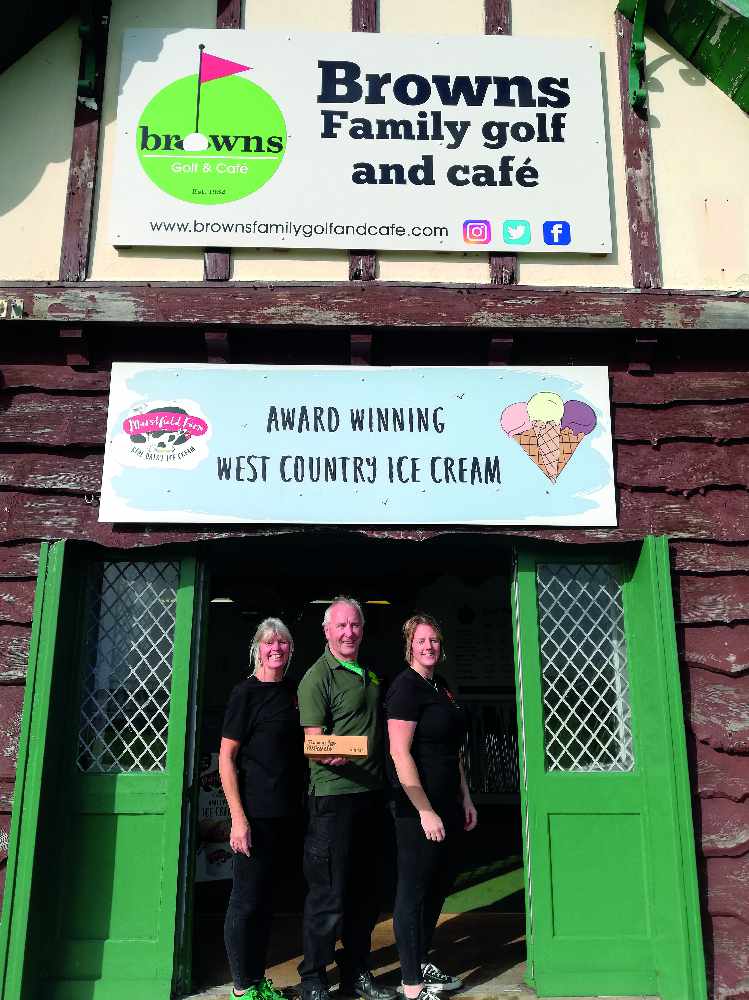 Brown’s role in Operation PLUTO is well documented. The story of its near 80 year continuous use for pitch and putt and its being the oldest Cotton designed course still being played are by contrast little known but no less significant.

Remarkably perhaps the site retains many of the hallmarks of its past, providing historic layers within the existing soft and hard landscapes. Today it is a landscape under threat. Uncertainty over the local authority’s ambitions for the site has stymied any significant planned investment in the site and once again a question mark hangs over the future of this well-loved part of Sandown’s resort heritage.

Since publishing, Browns Family Golf Course has announced it will close permanently at the end of the month.

You can read the Eastern Bay Regeneration Strategy online at iwightinvest.com/regenerationprospectus/eastern-bay-regenerationvision/
Read the full Brown’s Conservation Management Plan and the Gazetteer at: tinyurl.com/arcconsulting