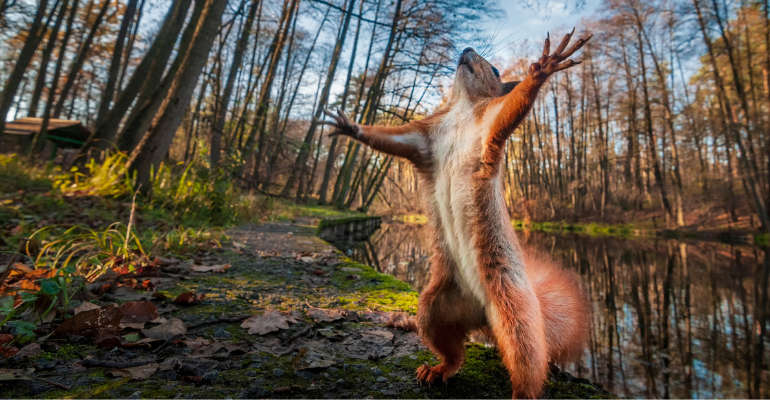 A thriving population of around 3,500 red squirrels are present on the Isle of Wight. Although a British native, the red squirrel is an endangered species.

The grey squirrel is an invasive species and the arch enemy of reds, chiefly responsible for their dramatic population decline across Britain.

The Island is unique to the UK in being a grey squirrel free area.

It's an offence to introduce them to these shores, with stories ferries being turned back to return a furry grey stowaway to the mainland!

The two breeds are not reproductively compatible. As a consequence, the red population in Britain has plummeted from millions to approximately 287,000, with greys largely replacing their red counterparts.

“The dramatic decline (in red squirrels) is caused by a number of factors. Greys are larger and stronger and out compete red squirrels for food and habitat.

"Another serious problem is that some of them carry the deadly squirrel pox virus that does not harm them but is fatal to reds."