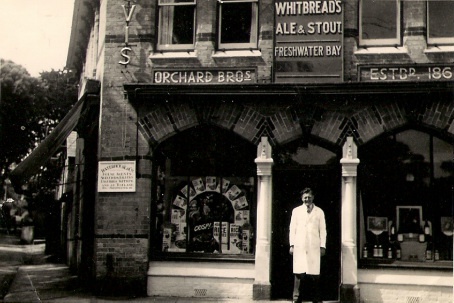 Originally built as a private residence in 1845, Freshwater Bay’s Alexandra House has been in the hands of the Orchard family for more than 150 years.

Becoming a family grocers in 1865, the business has been operated by five generations of Orchards and to this day, continues to be a thriving local business, loved and visited by many.

The fascinating history of this iconic Isle of Wight business spans a century and a half. Originally a branch of Misslebrook and Weston, grocers, based in Newport, the premises were rented to William Orchard from 1865 for the annual rent of £50. 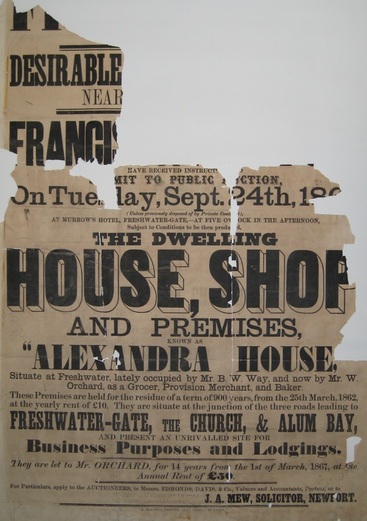 In 1867, William Orchard had the opportunity to purchase the business outright when it was put up for auction at Murrow’s Hotel, Freshwater Bay – now known as the Albion Hotel. With the help of his son, 23 year old William Thomas Orchard, the Orchards started to expand the business and so it was named ‘Orchard and Son’.

By 1870 the population of Freshwater Bay had grown to such an extent that demand existed for a local post office. Pioneer photographer, Julia Margaret Cameron, wrote to the Post Office authorities and recommended William Thomas Orchard as a suitable candidate for local Postmaster.

“Mr Orchard the other man who applies is at the very foot of Mr Tennyson’s Park close also to me and close also to the two large hotels close also to the lodging houses at the Bay & Mr Tennyson himself & I & the landlords of the two hotels all signed a paper to request that Mr Orchard of Freshwater might be appointed Postmaster as he is a very respectable & businesslike man. He has a separate room & hall at Alexandra House fitted for the reception of letters & his locality is the most desirable.” 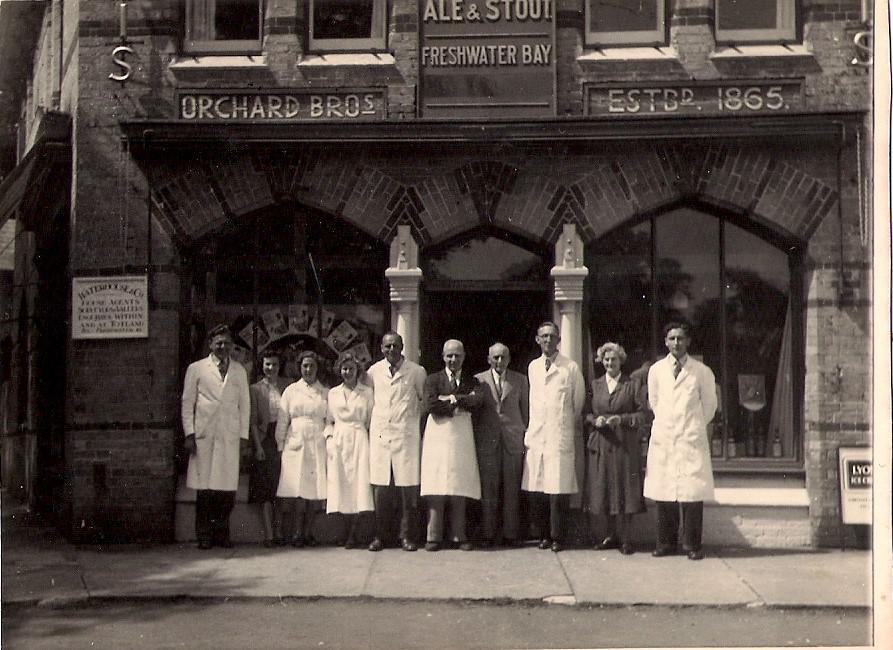 The 1871 Census return for Alexandra House gives an idea of the state of the business during the late Victorian era. William and Mary Orchard were living on the premises, along with their son, William Thomas, a grocer’s assistant, a telegraph clerk, a baker, a general servant and a domestic servant.

In 1882, the shop obtained a licence to sell wine, spirits and beer, with various types of drink bottled on the premises. Around this time, the family were also acting as coal merchants and house letting agents. By 1883, Orchard & Son became agents of Capital and Counties Bank, later part of Lloyds Bank.

The third generation of Orchards entered the business in 1887, when the founder’s grandson, another William, left school in London at the age of 15 and headed back to the Isle of Wight to help run the family business. His grandfather was seriously ill and died soon after, aged 72. Will started work in the post office, learning Morse code to send and receive telegrams and delivering them all over the West Wight. In his memoirs he said: “Before I was 16 years of age I was sending and receiving telegrams on the Morse Printer...When a lad I had sometimes to deliver telegrams – have walked over to Brook House lots of times , and several times to Pitt Place, Brighstone – which was our longest delivery – a boy and cart were used sometimes but this was not always available and you often had to walk, no cycles except the penny farthings and a small lad couldn’t ride them – Can you see a boy nowadays walking to deliver telegrams six miles - and return?” 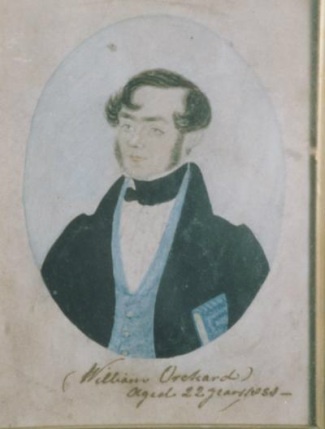 At the age of 26, Will became postmaster, succeeding his father, William Thomas – and incredibly remained in the post until his retirement in 1954 at the age of 82!

In his memoirs he recalled handling telegrams between Queen Victoria at Osborne House near East Cowes and the poet Tennyson at nearby Farringford House:

“I remember receiving quite a number of telegrams over the wire from Queen Victoria to the poet – they were always signed by Minnie Cochrane, or one of the Gentlemen in waiting and usually they were to ask Tennyson to lunch or dine. Only one, I remember, was from the Queen herself direct – it was just after the rather sudden death of the Duke of Clarence [1892] and was as follows – ‘Thank you for your beautiful lines on the death of my dear Grandson’ – Victoria R.I.”

William Thomas, the founder’s son, died age 64 in 1908 and his sons Will and Fred inherited the business. Will ran the post office and the house letting agency whilst Fred ran the grocery business. The shop was renamed ‘Orchard Bros’, a name that has continued to this day. Fred died aged just 53 in 1927, leaving the business in the sole hands of Will.

Around 1933, the fourth generation entered the business. Fred’s son, Dick Orchard, was to remain actively involved in the business up to his death in 2005, apart from his years of service in the Royal Navy during the Second World War. 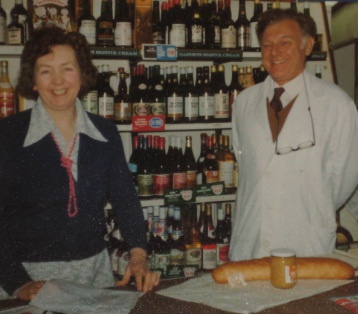 During the 1930s the old stables were converted into a new bake-house as motor vehicles took over the deliveries from horse- drawn vehicles. Two bakers were employed and Orchards supplied a wide range of breads, cakes and pastries including wedding and birthday cakes to order. The steam ovens were the most modern on the Island.

In 1953, after the Second World War, Will was awarded the Coronation Medal in recognition of his long service in the post office - some sixty four years. He retired the following year in 1954, aged 82, and the post office was transferred from Orchard Bros to Woolf and Geer’s stationery shop across the road.

Dick Orchard took over the running of the business and when his five children were old enough his wife Barbara joined him at his side.

Current proprietor and Dick Orchard’s son, Mark joined the family business straight from school in 1968; the fifth generation to be involved in the running of the shop. 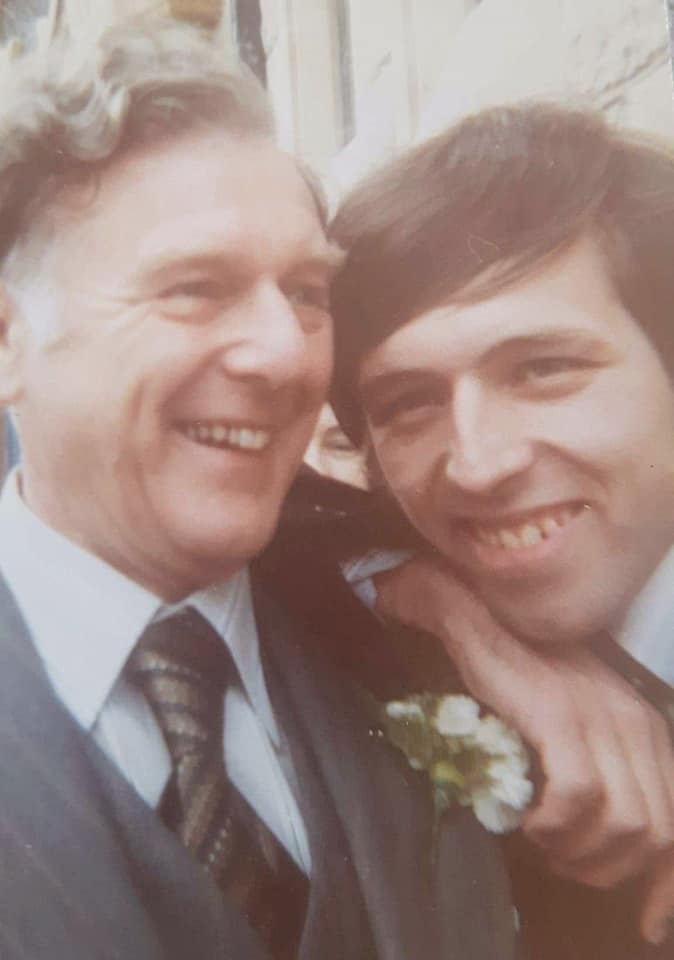 Their renowned home- cooked ham is regularly commended across the Isle of Wight, along with other local produce which is available to purchase.

Orchards Bros to this day provides a friendly, personal service to the local community – something which has been their hallmark for the past 155 years.

Orchard Bros is situated at the junction of Victoria Road and Bedbury Lane, near the thatched church of St Agnes, about three miles south of Yarmouth. www.orchardbros150.com 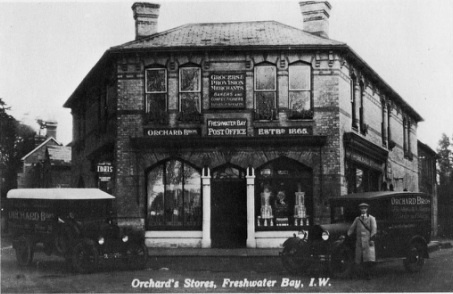 Orchard Bros in around 1930