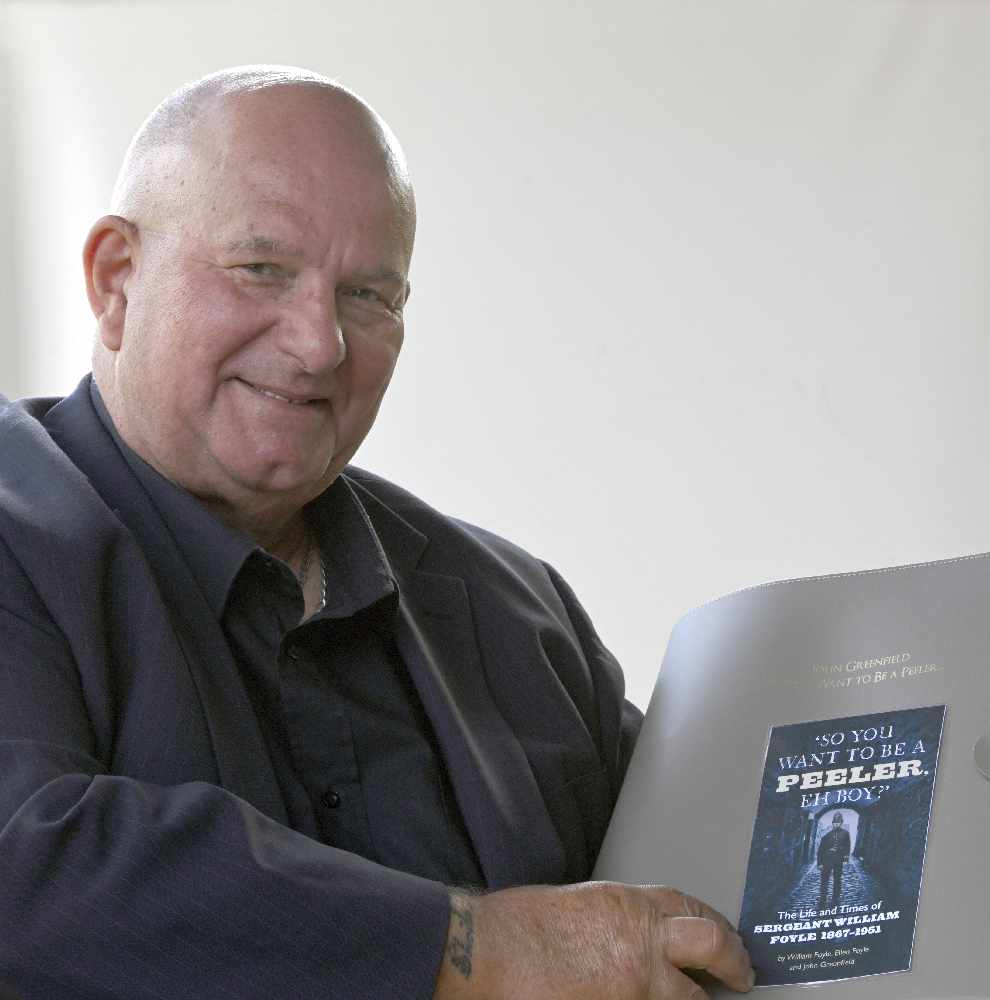 A new book based on the diaries of a police officer who served in the earliest days of policing is being published by award-winning police volunteer, John Greenfield.

John's first book ‘So You Want to be a Peeler, Eh Boy?’ gives a first-hand account of his great-grandfather’s experiences, from a life of rural impoverishment in Wiltshire, to joining Hampshire Constabulary in 1887 aged 19, and documents his service in Hampshire and the Isle of Wight through the turn of the century and the two World Wars.

The book reveals his profound, personal dedication to the principles set out by Sir Robert Peel, who established the first police forces in England in the mid-19th century; it is an ethos and practise that still underpins and shapes Constabularies across the country today.

The book’s author, John, has been volunteering with the police for eight years, first in Hampshire and more recently in Dorset. In 2019 he was among a team to receive a Dorset Police Volunteers of the Year award. He is also a long-time champion of the police on social media, where his 75,000-strong following includes many senior policing leaders from across the country. In 2016 he was awarded a special commendation by Yorkshire Police for supporting their awareness campaign on Twitter.

John, who owns a shipping container sales business, says: “I come from a policing family, with two cousins in the police, and I have always valued and respected what they do. Being a volunteer has given me a huge insight and made me even more passionate about helping and supporting the service.

“So much has changed since my great-grandfather’s time – and not all of it for the better. All he had to do was blow his whistle and members of the public would come to help; now they film on their mobile phones as police officers are being assaulted!

“The police come in for so much criticism and abuse these days. I want to bring back some focus on all the good that they do, which goes right back to the foundations of the police in the 19th century.”

‘So You Want to be a Peeler, Eh Boy?’paints a compelling portrait of a turbulent period in history through the eyes of one police officer. Sergeant Foyle was present during some landmark moments; he was there at Queen Victoria’s funeral at Cowes, and on duty outside the hut where radio pioneer Guglielmo Marconi was experimenting with the first long-distance transmissions. It also documents the harsh realities which faced ordinary people at that time.

John adds: “It’s been an interesting journey to discover how many of my Great-grandfather’s views and passions I share. Like me, he wanted to do what’s right by people. There was one episode that stood out in particular; having been called to arrest a young boy for stealing a potato, he investigated and found the boy’s mother had died. Instead of arresting him, he took him home to his wife who nursed him back to health. He was a police sergeant, but first of all, he was a human being who cared for his fellow human.”

John, 63, from Totton in Hampshire, has a close connection with modern policing too. As well as his current role as an operator in Dorset Police’s CCTV control room, his volunteer work has seen him join officers on the front line, attending some of the toughest call outs including violent crimes and murders. He has seen first-hand the professionalism and compassion of police officers as they put themselves at risk in the line of duty, and is saddened to see the force come under so much criticism recently.

Explains John: “For my great-grandfather, policing was something he committed himself to with honour. To help uphold the law of the country and to look after and protect people. That is their same focus now, although they actually have fewer police in relation to the population than they did 100 years ago.

“At the worst moments of your life when something bad happens that you can’t deal with, you call the police and someone comes to help you. But the police are being stretched beyond belief and they need our support – that’s why I do what I do. I hope this book will encourage other people to get behind their police officers, to appreciate and value what they do and help them wherever they can.’

‘So You want to be a Peeler, Eh Boy?’ Is available to buy at: www.greenfield-productionsltd.com priced from £8.50