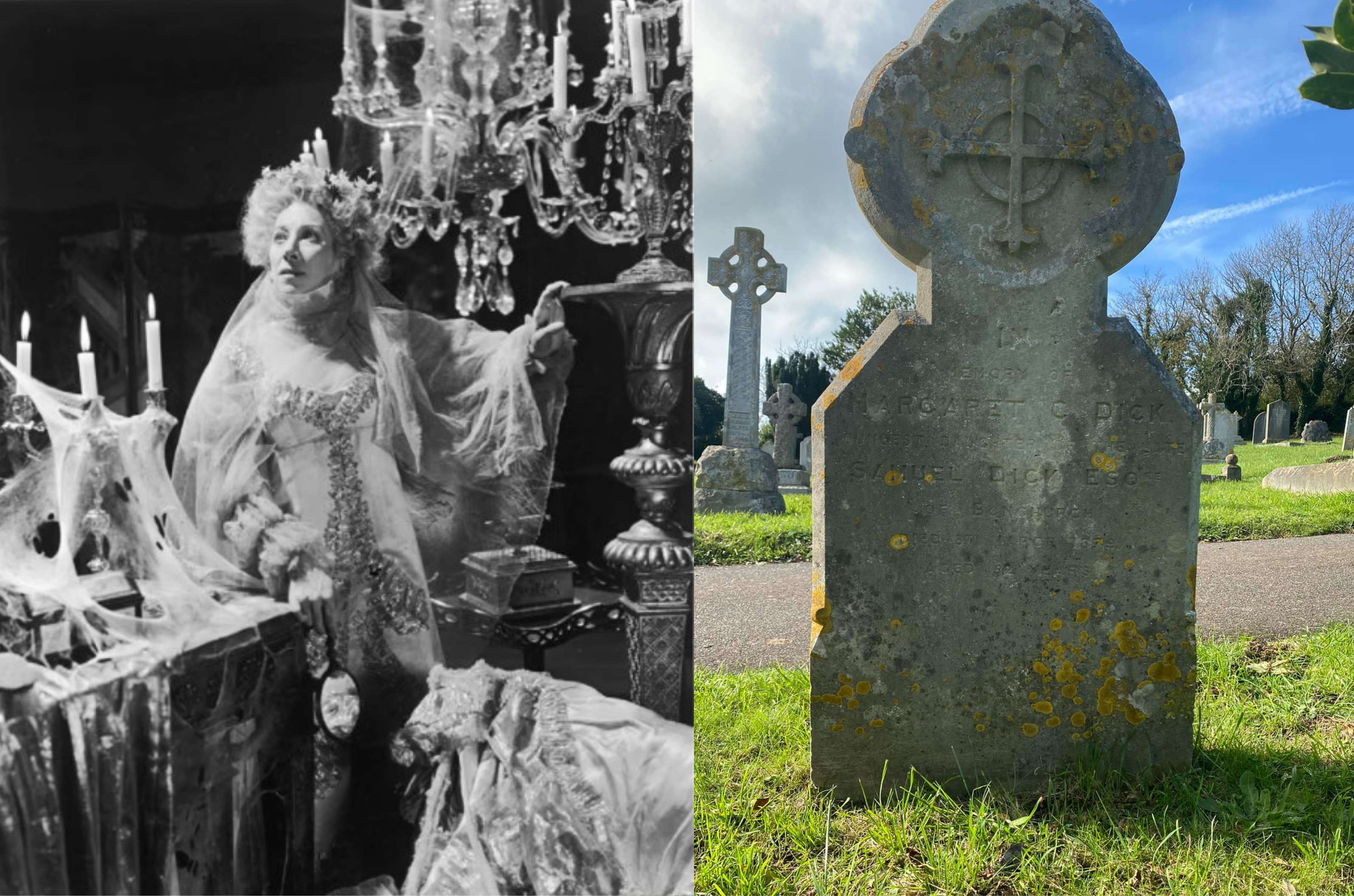 Right: Margaret Dick's grave can be found in upper Ventnor.

The owners of a holiday cottage in Bonchurch believe they’ve uncovered the inspiration behind the infamous Charles Dickens character, Miss Havisham.

The jilted bride was left at the altar in the iconic 1861 novel, Great Expectations, spending the rest of her life in solitude, dressed in a dusty old wedding gown.

Now it’s been revealed Bonchurch resident, Margaret Dick, suffered a strikingly similar fate, cutting herself off from society after being jilted at the altar in 1860 – while Dickens was writing his novel.

According to a guide of Bonchurch discovered by Alan Cartwright of Haviland Cottage, Dickens dined with Margaret Dick during his many stays in Bonchurch and Ventnor between 1838 and 1860.

Alan has been researching the local history since he took over the holiday cottage three years ago, with help from Ventnor Heritage Centre, Bonchurch Community Association, members of the Charles Dickens Fellowship, and others.

“In 1849, the author Charles Dickens moved to Bonchurch, Isle of Wight for a long summer. During this time, he enjoyed walking around Bonchurch village, Ventnor and the surrounding areas.

“He also got to know many people in the local community which influenced his writing. In fact, a few of these local characters found their way into some of his most celebrated literary works which have become some of the world’s favourite books David Copperfield (published 1850) and Great Expectations (published 1860).”

You’ll see key locations which influenced Dickens' literary works marked by a blue plaque around the village of Bonchurch and in Ventnor. 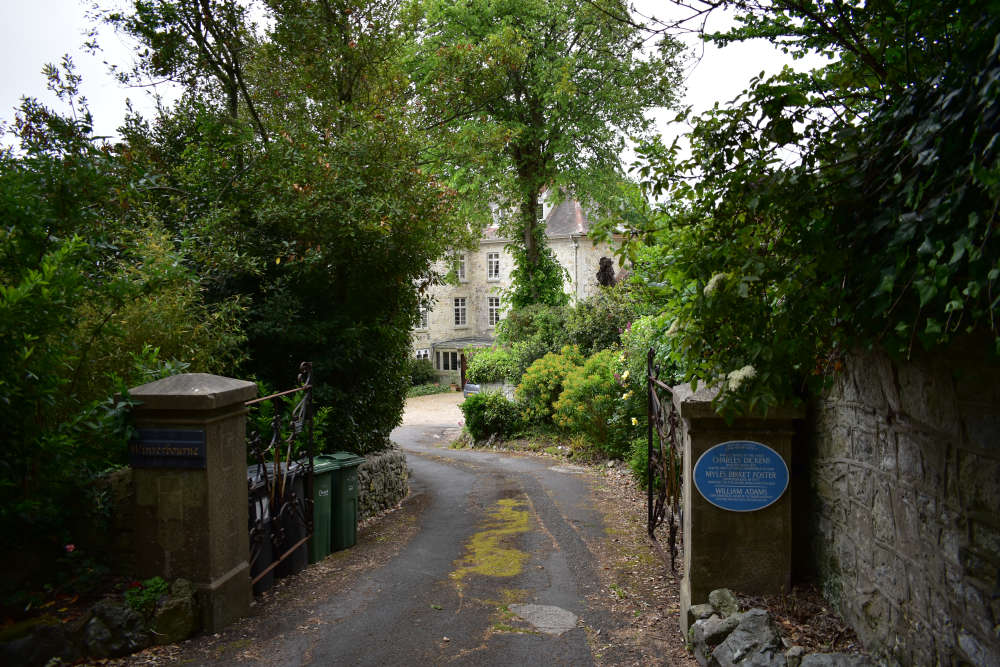 Winterbourne, where Charles Dickens stayed while on the Isle of Wight

Haviland Cottage itself is believed to have played a part in inspiring the story, with the name of its previous owner ‘Miss Haviland’ bearing a resemblance to the name used in the novel.

Ian Dickens, great-great-grandson of the iconic author and president of the Dickens Fellowship agreed with the findings:

“She was certainly an important inspiration.

“As an artist, you take elements from lots of people. But because they were friends it's too big a coincidence not to think that she influenced it.”

Margaret wasn’t the only member of the Dick family to inspire Dickens’ work. A character named Mr Dick also appears in David Copperfield, Dickens’ 1849 novel, which was written during his stay at Winterbourne Country House in Bonchurch.

Dickens was said to have enjoyed many walks with Margaret’s brother, Charles George Dick. 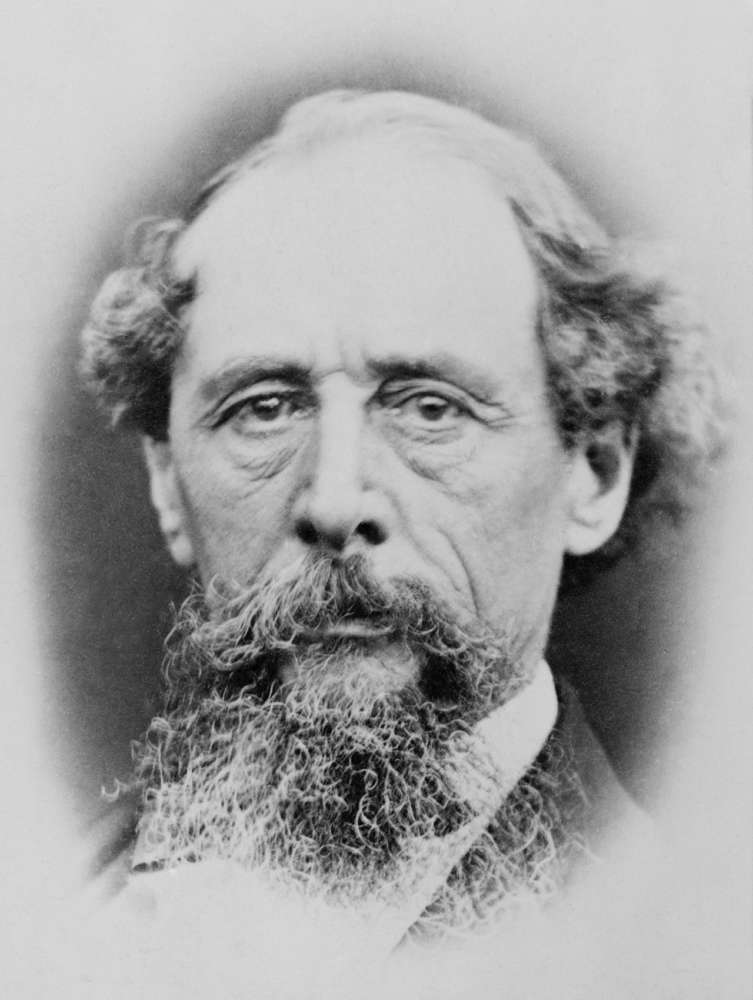 “We discovered that two of his characters, Mr Dick and Miss Havisham, were based on villagers who were actually brother and sister.

“It's one coincidence too many — she knew him, was jilted, and the fact that it was all written in about 1860 when Miss Dick was left at the altar.

“And Havisham and Haviland is such a close switch, he often played around with names. Margaret Dick lived an isolated life but we have concluded that it must have been her.

“The discovery has been wonderful for me, for someone who is not a historian.” 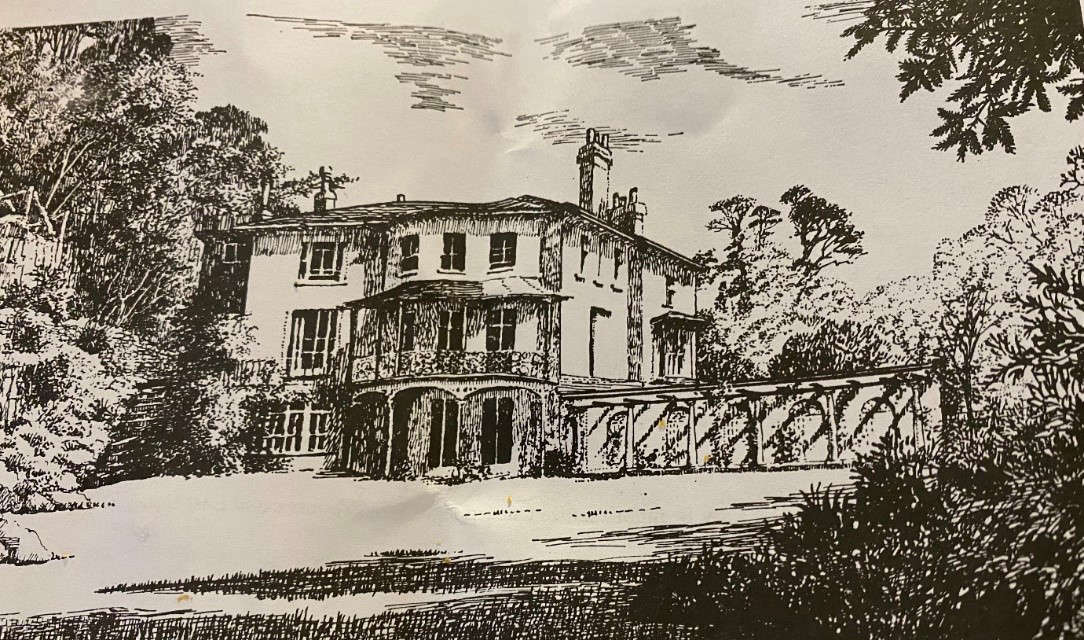 Uppermount, where Charles Dickens dined with the Dick family.

After being jilted at the altar, it is reported Margaret Dick retired to Ventnor's nearby Madeira Hall, where she lived out her years in the loft, while food was taken up to her through a trap door.

The BBC has recently announced a new adaptation of Great Expectations, with Olivia Colman cast as Miss Havisham. Release date still to be announced.

To read more of the research uncovered by Alan Cartwright and the team at Haviland Cottage, visit www.havilandcottage.com/dickens