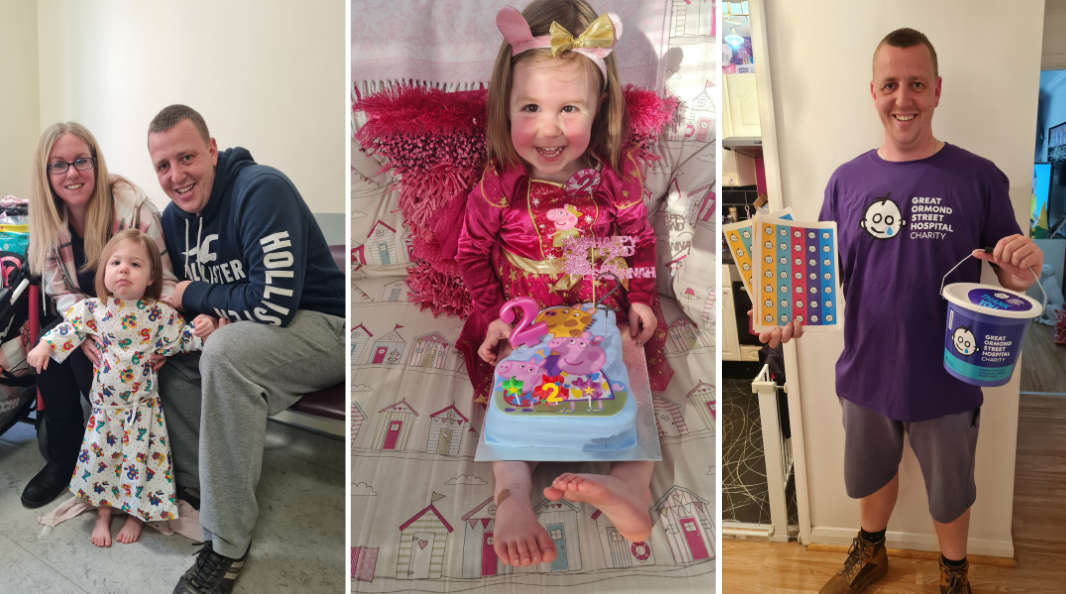 An Isle of Wight father is walking from one end of the Island to the other — and all while dressed as children's character Peppa Pig!

The hospital cared for his daughter Savannah, who had to undergo skull reconstruction surgery last month (March).

The two-year-old had a rare condition, which saw the bones in her skull join together too early. Craniosynostosis can cause a person's skull to become misshapen. 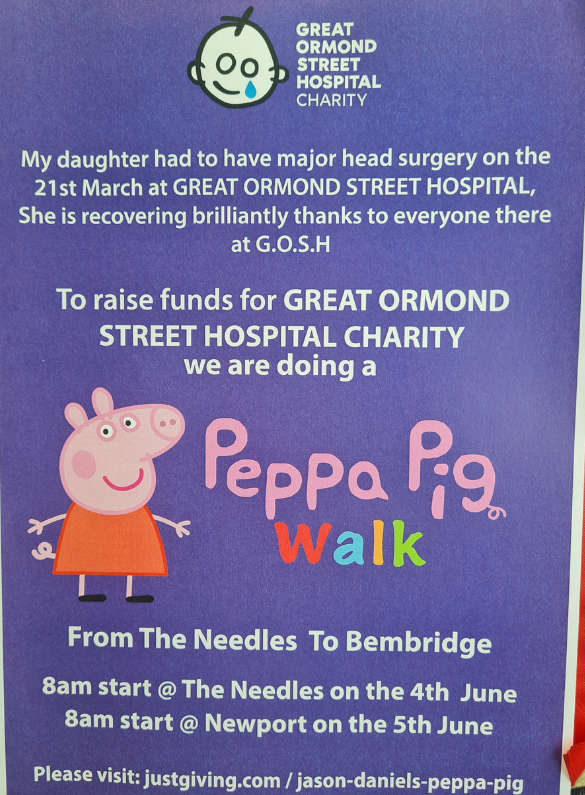 Savannah is now back home and making a full recovery. Jason told Isle of Wight Radio he wanted to give something back to the hospital for their "amazing care".

"The things they do there [are amazing]. The Great Ormond Street charity provide accommodation for parents and families that are staying and having surgeries and appointments at the hospital.

"For people on the Isle of Wight it is quite a distance to travel up there and can become quite expensive so with their help we were able to do it and somewhat enjoy — as much as possible — the time there."

Jason, from Totland, said he picked Peppa Pig because its one of Savannah's favourite characters. He admits he even goes to work singing the theme song!

He will be walking from the Needles to Bembridge over two days in June (4 and 5).

Jason is encouraging anyone who wants to dress up and join him, to get in touch.

You can donate to the cause here.