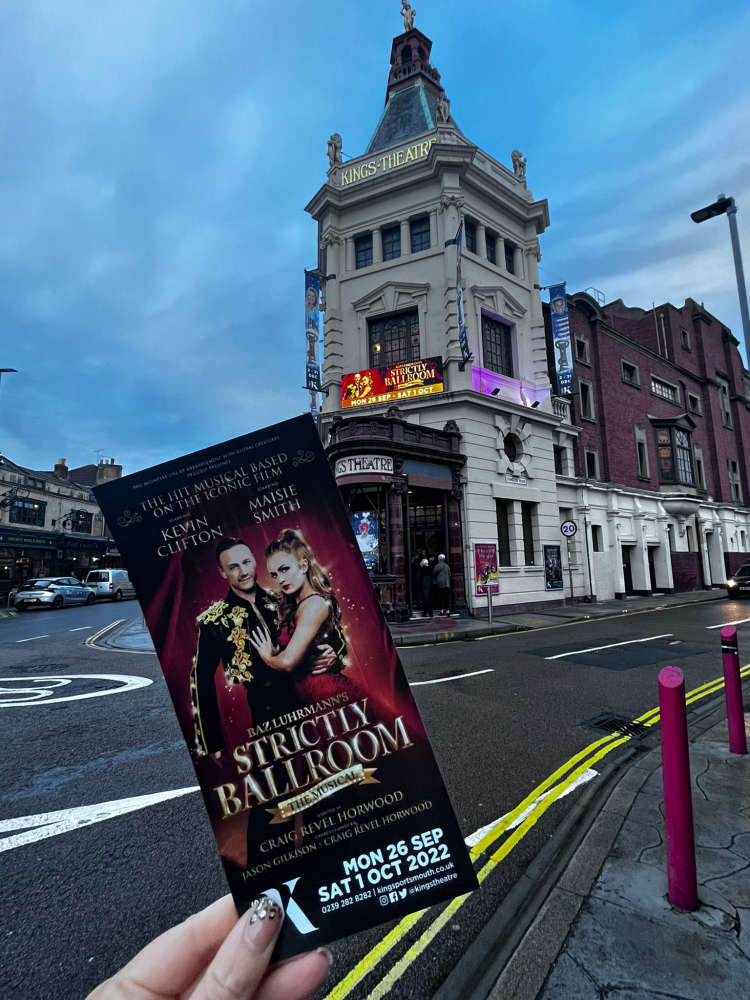 Strictly Ballroom The Musical burst on to stage at Kings Theatre this week, in an explosion of glitz, glamour, drama and dance — under the iconic glitter ball.

The inspiration behind the BBC’s hit panel show Strictly Come Dancing, Strictly Ballroom follows Scott and Fran as they defy tradition and dare to dance steps they’ve created themselves.

You’ll feel your feet tapping along as you follow the unlikely pair while they prepare for the Australian Pan Pacific.

Directed by Craig Revel Horwood, the show marks Maisie’s musical theatre debut — and I’m left wondering if there’s anything this girl can’t do.

There’s a sprinkling of cheeky adult humour, an array of vibrant costumes and some seriously stunning dance moves.

The standing ovation spoke for itself when I joined audiences on Tuesday night. Fans took to their feet to show their pleasure — having enjoyed an evening of true indulgence at Kings Theatre.

Strictly Ballroom will run at Southsea’s Kings Theatre until Saturday (1st October), before continuing its tour across the UK.

Book your tickets at strictlyballroomtour.co.uk