Glitter, Glue and Glory: Parenting and Home Schooling in Lockdown 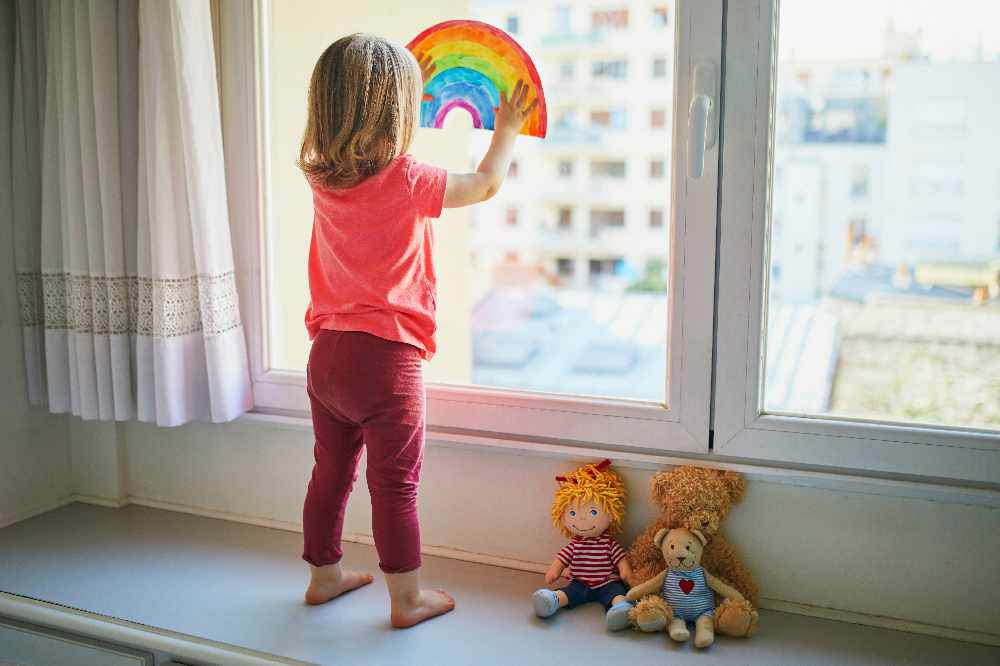 Hanna Prince shares the challenges — and the unexpected rewards — of home parenting during lockdown.

On day one of lockdown, my child of 18 months discovered the stationery drawer. While the four-year-old was building with building blocks and I was sending a quick work email, she systematically decorated the fridge, the legs of the kitchen table and the dog’s front paws with scribbles, glue and glitter.

“I can’t take this anymore!” I shrieked to my husband, who was awkwardly trying to work in bed with his laptop on his knees. “This is only the beginning,” he darkly replied.

All of us faced our own personal struggles during lockdown. For some it was anxiety, loneliness, frustration or concern about loved ones. For us it was trying to stop our pre-schoolers causing one another actual bodily harm while we frantically juggled work and childcare commitments.

Unlike parents of school-age kids, we weren’t faced with the prospect of re-learning fractions, coaching recalcitrant students in their times tables or labouring through online cardio and yoga routines every morning. On the other hand, our kids require constant supervision and entertainment. They also have wildly differing needs.

Okay, so we could plonk the four-year-old in front of the TV for half an hour to meet a particularly pressing work deadline. Meanwhile though, the younger one would be emptying the saucepan cupboard, grabbing fistfuls of compost out of the house plants or trying to suck one of the dog’s tennis balls.

While parenting pre-schoolers was certainly no walk in the park, we didn’t envy our friends with school-age children either. Most had started the home-schooling routine with a strict timetable and ambitions to have their kids reading Sophocles in the original text before the first term was out. By day three, most seemed to have given up on the textbooks and resorted to video games and endless ice cream instead.

Towards the end of March, I got a tearful phone call from a friend with an eight-year-old son.

“I can’t teach him anything,” she wailed. “He just wants to know the answers – and when I won’t tell him, he asks Alexa!” Even friends with children at secondary school were struggling, complaining about their kids moping over the loss of social interaction and exchanging emoji texts with friends instead of concentrating during virtual lessons.

We were worried about our kids too. How was the four-year-old going to manage without her nursery friends and her play dates? Would months of seeing nobody but her own parents turn the younger one into an antisocial mess?

There was no escaping to the playground to entertain them – no soft play, no zoos, no swimming, no baby groups, none of the things that usually break up the day for parents with energetic young children.

In a way, I think it was harder on my husband. As a work-from-home freelancer, I was used to picking up the brunt of childcare when the kids weren’t at playgroup or with their grandmas. He, on the other hand, was expected to entertain two grouchy pre-schoolers through the interminable hours of the lockdown afternoon.

And yet we knew that we were the lucky ones. We live in a rural area with plenty of walks on the doorstep. Even more crucial for lockdown sanity, we have a garden.

It could have been a whole lot worse. In fact, as the sky emptied of contrail lines, the sounds of traffic noise receded and the natural world seemed to be breathing a sigh of relief, we even began to enjoy this strange new routine.

It was relaxing not to be man-handling the kids into the car every morning as we rushed to nursery, the shops or yet another playdate. It was rather glorious experiencing the silence and the feeling of a world slowing down.

In the end, we didn’t just survive lockdown. Tantrums, fist fights and the weight of extra work aside…we sort of enjoyed it.