Endometriosis Affects 1 in 10 Women. That's More Than Asthma or Diabetes 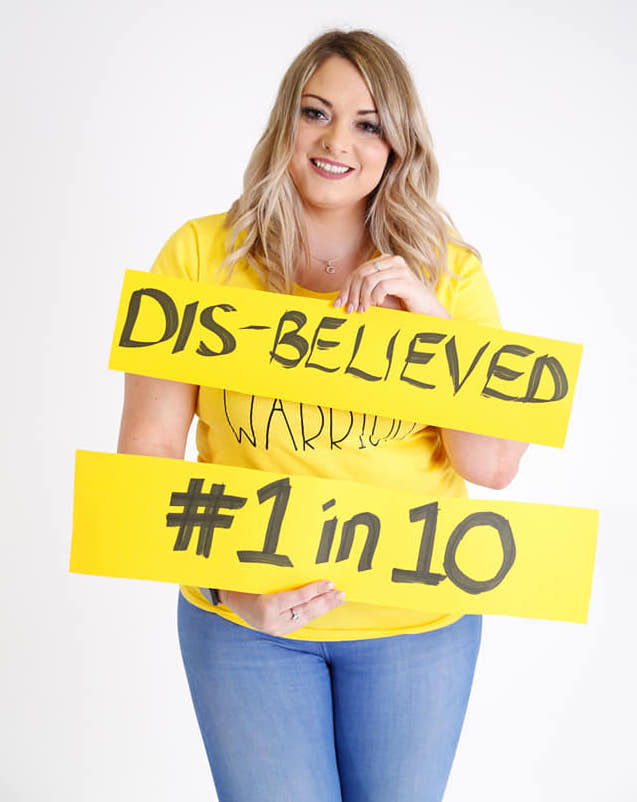 So why is there still so little awareness? Islander Georgia Day speaks out about her experience with this chronic illness, during Endometriosis Awareness Month.

"Endometriosis is actually a really common condition, so it's madness how much awareness is still needed. It affects 1 in 10 women, which is more than asthma and diabetes!" says Georgia.

"Unfortunately it often takes 7-10 years for a diagnosis, leaving many unable to have children. This is why we need to get awareness out there, so people can recognise those symptoms and get treatment early on."

There is currently no cure for Endometriosis and the only effective way of diagnosis is laparoscopy (keyhole surgery). When found, the Endometriosis is cut or burnt off. This is temporary and it eventually grows back. A lot of women end up having to have multiple surgeries to relieve their pain. Some even end up having a hysterectomy — but this is not a cure.

The condition is linked to a woman's periods. "I think as soon as women mention their periods, people aren't interested and there is a taboo around talking openly about women's health, which needs to change.

"It was when I started reading Emma Barnett's book It's about bloody time. Period. when I realised we should be able to talk freely about periods and women's health, without people scrunching their faces. This contributes to the issues women have when getting a diagnosis and recognising symptoms, because women are ashamed to talk about their bits. As Emma says in her book: "Why, in the 21st century, are periods still seen as icky? Why are we still so ignorant about such a fundamental bodily process?" She is right!

"When women go to the doctor about their symptoms they are often told it's just because they suffer with bad periods. But it isn't normal when your period is getting in the way of your life and you're missing work or school because of it.

"I struggled to get a diagnosis for around two years. This is actually short compared to most women but it went on long enough to cause me mental health issues. After multiple failed trips to A&E and doctors appointments, I started putting my symptoms on my Facebook page and I had quite a few women message me mentioning that it sounded like Endometriosis.

"I didn't even know to pronounce that, nor had I heard of it. I went on Google and tapped it in and this was a moment of realisation for me, as after reading up on this condition I realised this is what I have. So the next time I saw health professionals I questioned Endometriosis, but each time I was told it wasn't, which baffled me. How can they tell by just looking at me, feeling my tummy or doing an internal investigation that is similar to a smear test procedure? Nothing was showing up on scans or blood tests, but I had read that Endometriosis only shows up during keyhole surgery. 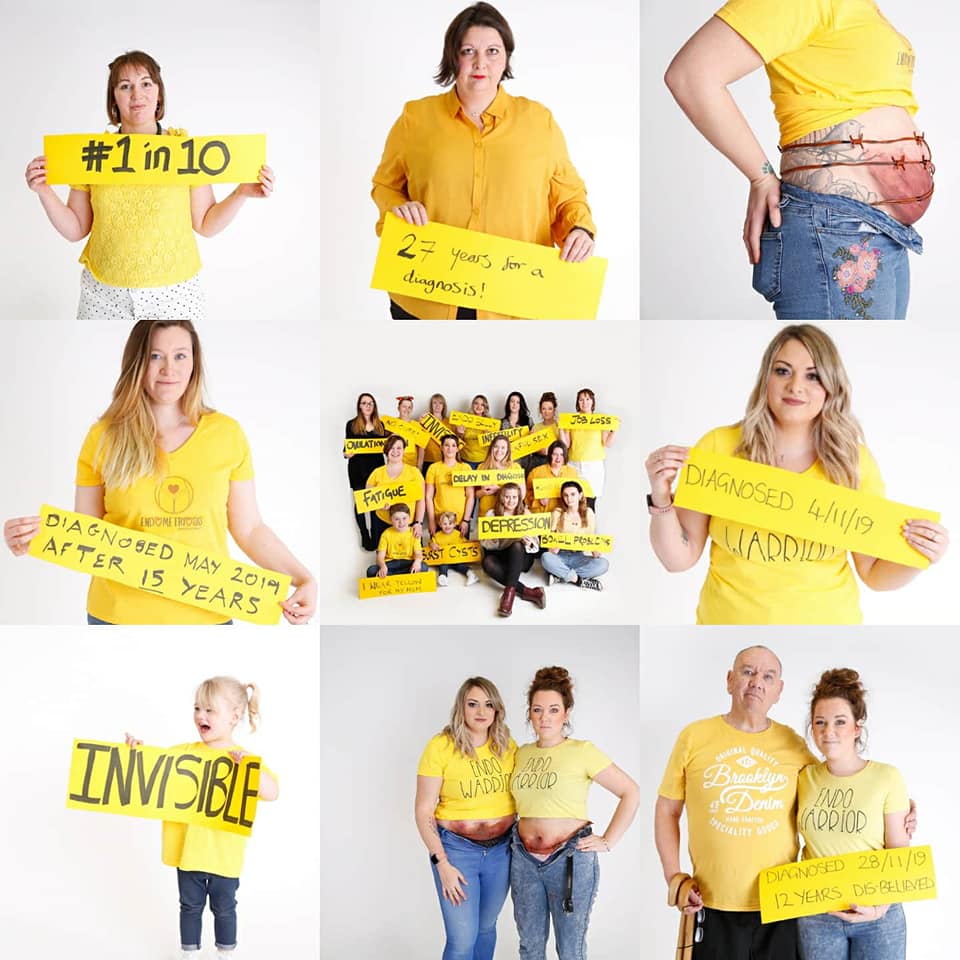 "I became so desperate. The pain was so debilitating and I was bed ridden a lot of the time, so I ended up becoming unwell mentally and wondering why no one wants to diagnose me. I self diagnosed at this point and reached out to women with the condition. This was when I realised the battle I was facing wasn't just me, but that millions of women have been going through this too!

"I didn't feel so alone and decided to reach out locally on the Island and start an Endometriosis support group, even though I hadn't had a diagnosis yet. This was October 2019 and during this month I really struggled to the point where I considered overdosing on Zapain that I had next to my bed. I couldn't see how there was any other way out.

"In November 2019 I finally managed to get a referral to Southampton Princess Anne Hospital where they have Endometriosis specialists. I walked into the waiting room and saw posters for Endometriosis — I became emotional, there was finally some hope!

"I saw a consultant called Mr Miligkos who listened to me and agreed to let me have keyhole surgery but that I needed to go on a waiting list. He warned me that he could operate and there be nothing and I said I was ok with this. Unfortunately I had another bad flare up and one night my parents saw just how bad my pain was and I overheard them saying we couldn't wait months, so as a family we made the decision to go private with Mr Miligkos and a week later I was gowning up at Nuffield Health Wessex Hospital, absolutely terrified of the outcome.

"I walked down to theatre with shaky legs and there I was put under. I just remember drifting off and then waking up in recovery feeling very groggy, but absolutely desperate to know what happened. The doctor told me it went well and that Endometriois was found in my womb. It was bittersweet — I was right all along, but now I have an incurable chronic illness to deal with. But at least now I knew what I was dealing with and that my symptoms were real.

"The next issue was whether I could have children? I was so happy and relieved to hear him say I will have no issues conceiving as the Endometriosis was not on my fallopian tubes or ovaries.

"My mum burst into tears. They had just spent three and a half thousand pounds on this, but they always told me it wasn't about money, but my health and mental wellbeing — and even if nothing was found at least we tried.

"I laid in the hospital that evening thinking what if I couldn't have children. What if I didn't fight so much and it carried on growing? Not all women get second opinions.

"I decided to put all my hurt and anger into spreading awareness until no one's life ever has to fall apart due to struggle, stress and stigma associated with chronic illness. I created an Endometriosis Instagram where I share my journey, along with humorous posts. I just post about the daily struggle of trying to live life while battling with a condition. I speak with lots of other people around the world with Endometriosis. The online Endometriosis community is amazing and so supportive. With my local support group I have a lot of people messaging me with concerns about their symptoms and I direct them to the appropriate professionals. Unfortunately we don't have Endometriosis specialists on the Isle of Wight."

Georgia has shared her story with ITV Meridian News and even managed to light the Spinnaker Tower up yellow, in the campaign colours. 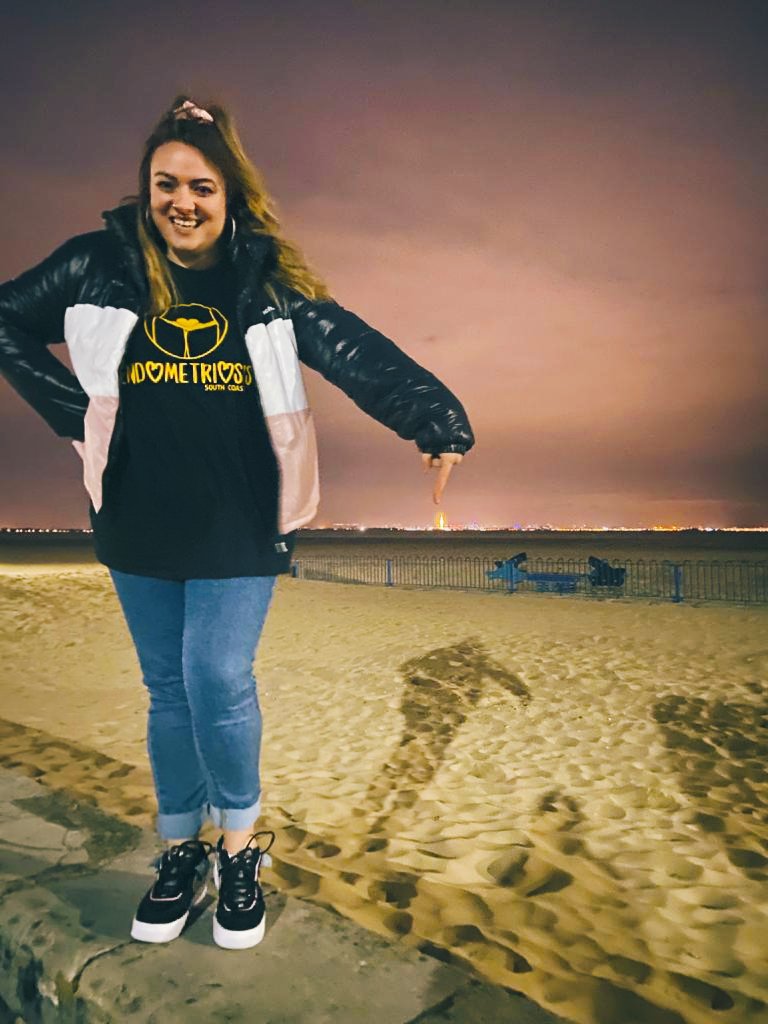 The Spinnaker Tower lit up in yellow