An Exhibition of Wight Spirit: Isle of Wight Festival photographs from 1968-1970 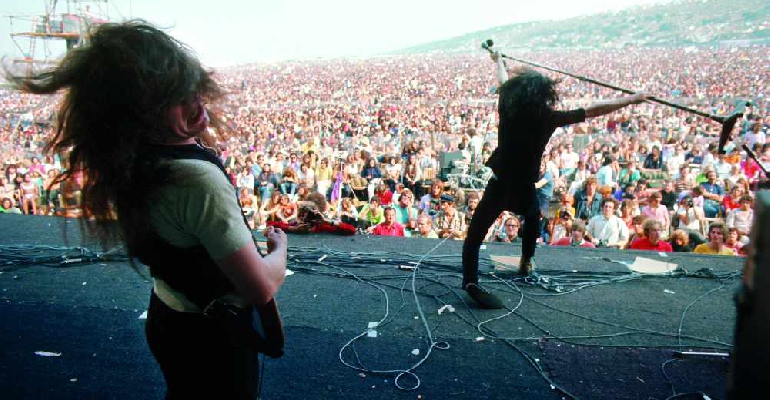 ‘Wight Spirit’ marks the 50th anniversary of the 1970 IW Festival with new sculptures, a feature length-documentary and never-seen-before photographs.

A major exhibition bringing together more than 60 photographs of the infamous 1970 IW Festival — some never seen before — with other works of art is being held in London.

The 1970 IW Festival saw a record 600,000 people attend to see the likes of Jimi Hendrix, The Who, The Doors, Leonard Cohen and Joni Mitchell, among others. Running from 27th July until 5th September at Masterpiece Art Gallery, in London, the show includes photographs taken by the late Charles Everest, as well as new sculptures by Guy Portelli and a feature-length documentary which will bring to light the festival’s history and legacy. The exhibition will be brought to the Island in the early part of next year, and plans are already afoot for the documentary to be broadcast on television.

When the festival first began in 1968 at Ford Farm, near Godshill, 10,000 people attended, but by 1970, the festival had moved to Afton Down and had a massive 600,000 guests. That year the line-up included Jimi Hendrix, The Who and the Doors, and was a landmark in Britain’s cultural history, as well as serving as the progenitor for countless other open air festivals. Guy Portelli, who has curated the show, says ‘The Isle of Wight Festival is Europe’s Woodstock. You could argue it has more significance, and yet it isn’t venerated in the same way. I am not sure why that is, given the bands that played there and the huge number of people it attracted.

My hope is that this exhibition, along with the accompanying film, will help redress that.’ The centrepiece of the exhibition is Portelli’s large-scale glass mosaic panel. Entitled Wight Spirit, it features the handprints of more than 80 musicians who performed at the festival, including members of Jefferson Airplane, Free, Pretty Things and The Move. 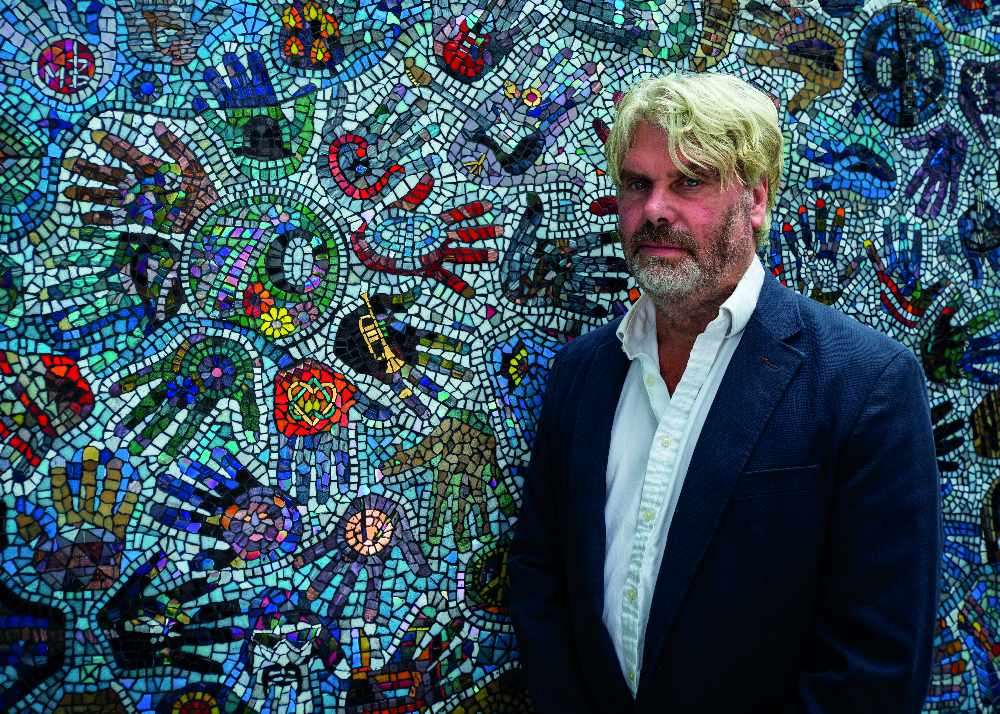 Guy Portelli in front of the Wight Spirit mosaic

The sculpture has been in the works over the last few years, with Portelli collecting handprints from famous faces all over the world. “The sculpture has stimulated a lot of interest. People love to put their hand on Hendrix’s print — or to compare the size of their own hand with some of the greats,” said Guy Portelli. “I had the sculpture backstage at the last IW Festival and people loved it. I spoke to Ricky from The Kaiser Chiefs who told me that without these bands, they wouldn’t be doing what they’re doing now.”

“The IW Festival 1968-1970 did so much for the Isle of Wight. Teenagers who said they had felt imprisoned on their little Island now had the world coming to them. American acts, like Bob Dylan, had people from all over the world heading to the Isle of Wight — travelling over on the ferry.” Showing alongside the sculptural works are over 60 photographs taken by Charles Everest (1929- 2015) at the 1970 event. A highly successful newsreel cameraman and stills photographer, Everest worked as a Press Liaison for the festival organisers. In return for his services, he received unparalleled access to the performances on stage. Realised in collaboration with CameronLife Photo Library, this exhibition will see limited editions of Everest’s work available for the first time. 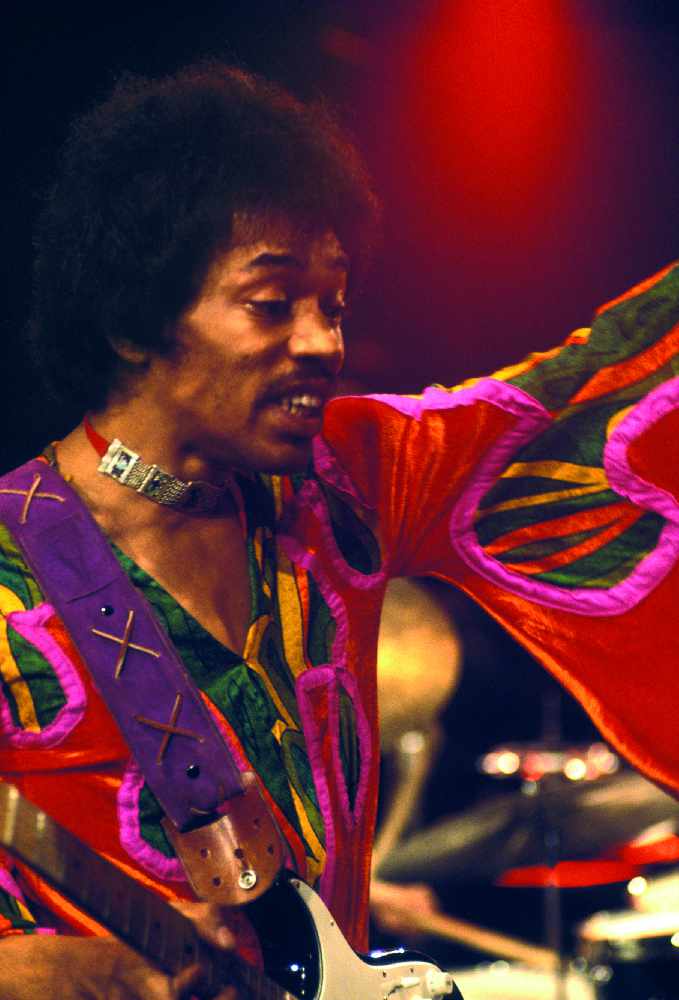 WIGHT SPIRIT, 1968-70, The Documentary has been made in partnership with Blood Orange Film and features archival footage and interviews with eminent figures connected to the festival’s legacy. It also includes live shows performed by some of the musicians who played at the festival from 1968- 70. These took place at the central London studio and showroom of guitar brand Gibson in August.

Masterpiece Art will also stage a one-day exhibition to mark the 50th anniversary of Jimi Hendrix’s death on 18th September. Alex Cousens, Executive Gallery Manager and Sales Director at Masterpiece Art said: ‘We’re honoured to be marking the fiftieth anniversary of this seminal festival, and especially pleased to be showing Guy Portelli’s astonishing mosaic and Charles Everest’s photographs. Together with the film, they eloquently capture the spirit and magic of those times.’ Guy Portelli, who is known for sculptures such as Peace and Love commissioned by Ringo Starr and a Pop Icon collection seen on Dragon’s Den, said: “My passion is art and music — and the festival era was very visual. We’re doing our bit to make sure the 50th anniversary doesn’t pass unnoticed.”

Visit www.masterpieceart.co.uk for more information about the exhibition, and download Beacon Magazine to see many more photographs from this iconic festival. 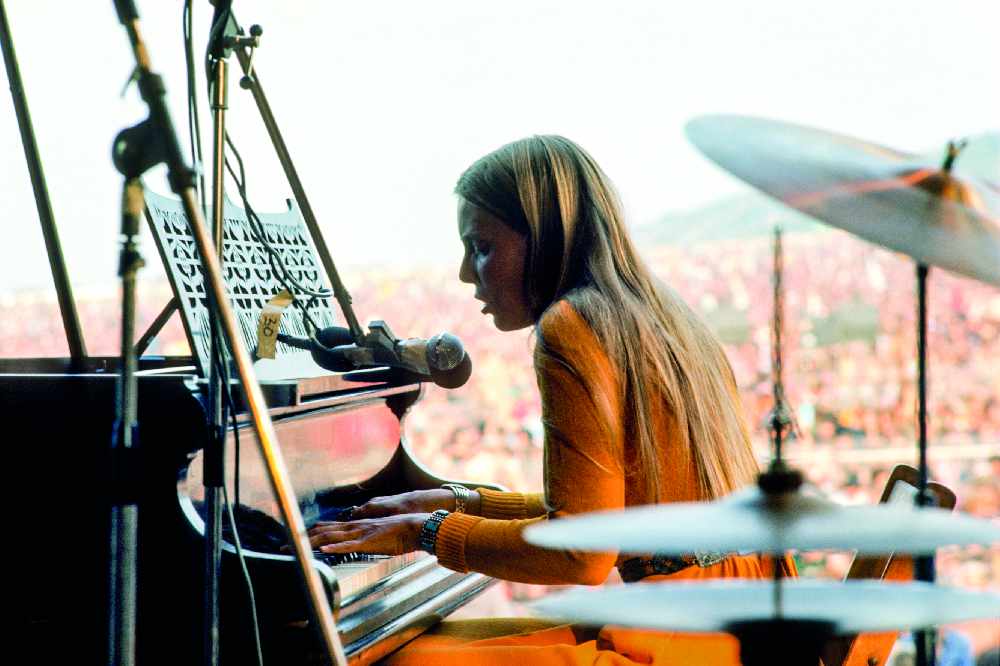