125 Years of Entertainment with Cowes Amateur Operatic and Dramatic Society 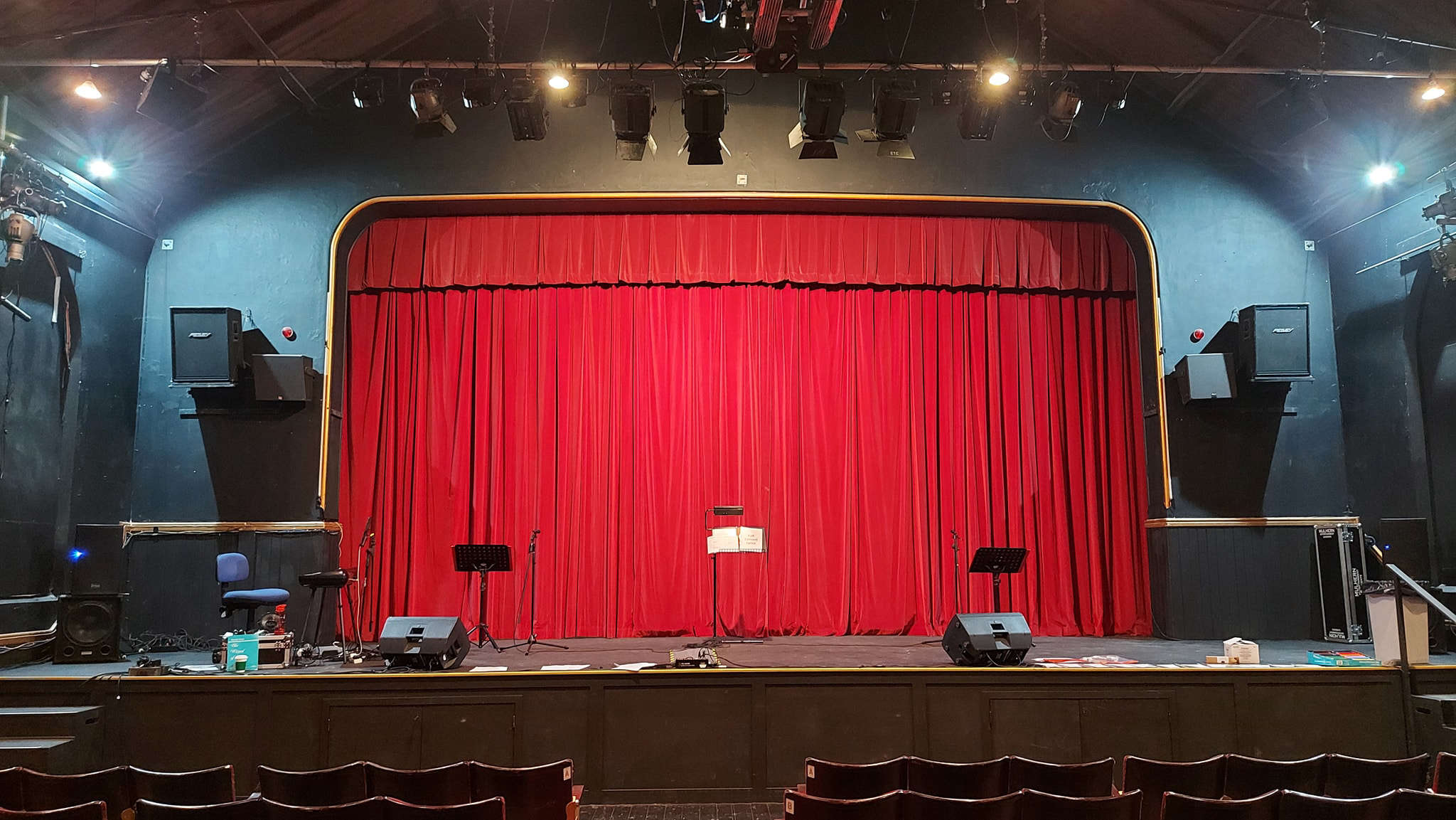 There are few amateur dramatic societies in the country which can boast such a long history of local activity but, just over 125 years ago, CAODS was founded in 1897, the year of the Diamond Jubilee of the reign of Queen Victoria.

AODS was set up as “a society born of the desire to bring people together to a common good. To promote fellowship, to encourage talents in young and old, and to raise money for worthy causes.” The society today retains the spirit kindled in the Victorian era and retains its place in the Cowes community.

Victoria’s love of Osborne House and of the Isle of Wight, is well documented and CAODS benefitted from the patronage of the Royal Family – largely through Victoria’s daughter Princess Beatrice, who visited CAODS many times and was a key influencer of the success in its early years.

The first performance of CAODS was THE MANDARIN on April 27th, 1898. Described as a one act Chinese Comic Opera, the show was produced in aid of St. Mary’s Church Restoration fund and staged at the Victoria Hall Cowes. 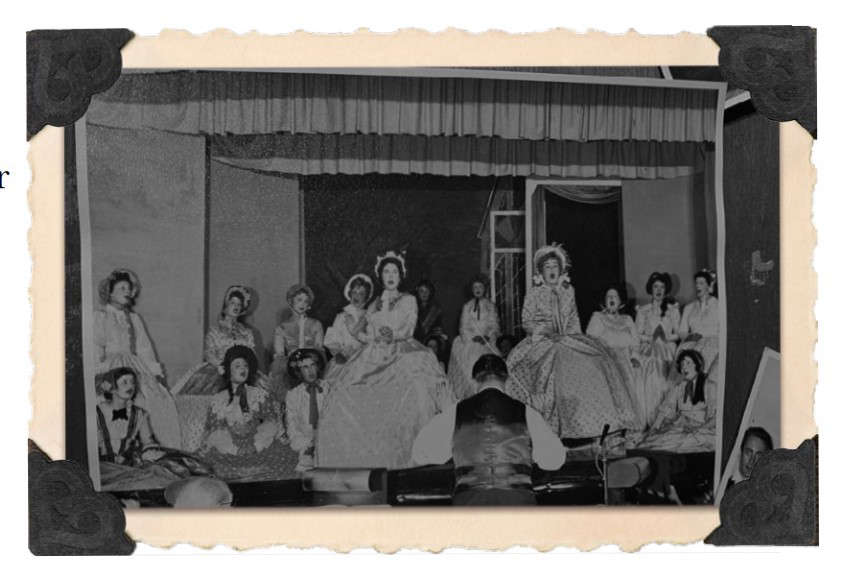 Gilbert and Sullivan operettas were the main repertoire in its early years as CAODS presented annual shows such as the Gondoliers, The Pirates of Penzance, and the Mikado.

The 1920s saw a change of name from CAOS to CAODS to reflect the more dramatic nature of the plays the society was now producing. The Geisha opened the decade followed by When Nights Were Bold, Patience and The Quaker Girl and venues were extended to include Osborne House.

1930 saw the introduction of farces to the society’s repertoire with shows such as Lord Richard in the Pantry, The Rebel Maid Third Time Lucky, written by Arnold Ridley [later to become better known as Private Godfrey in the TV hit Dad’s Army] and Marry the Girl.

The outbreak of the WW2 brought an end to the activities of CAODS as minds were focused on other things.

Cowes’ seafront was commandeered by the Navy and Trinity Hall was used for a variety of military purposes. An anti-aircraft gun was sited on top of Osborne Court, the flats next door to Trinity Hall, and the town housed the HQ of that arm of the Free French army that undertook SAS-type missions. In 1942 there was a particularly heavy bomb attack on the town with the aim of destroying the Saunders Roe engineering works and the High Street of Cowes was littered with 42 unexploded bombs. Victoria Hall, a long time venue for CAODS performances was destroyed. 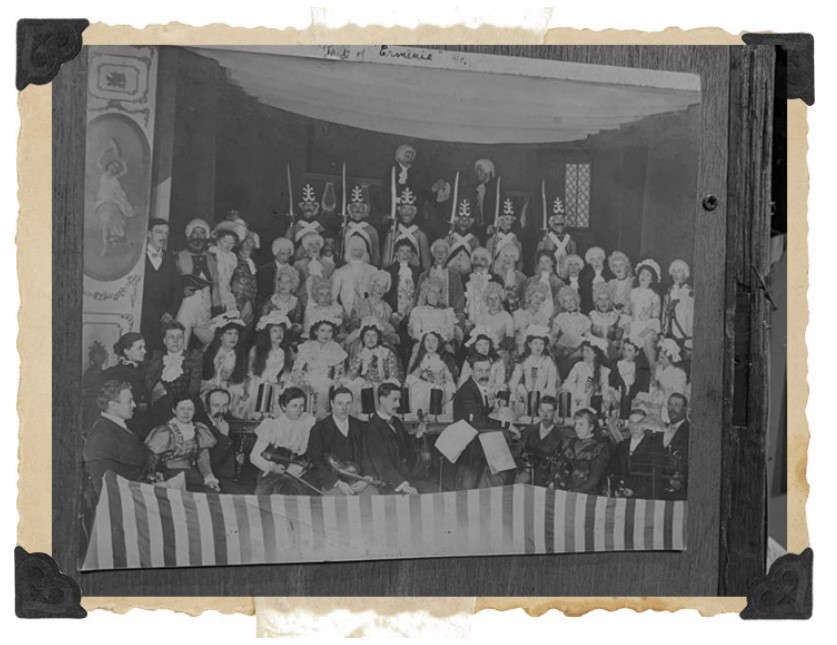 In this context the story of the Trinity Ghost took root. Many in the society tell of noises heard in the auditorium when in fact it is unoccupied. Trinity Hall was used for troop concerts during the war, many of them given by Vectis Wrens. These concerts would take the form of piano solos, recitations, soprano solos, comedy sketches and company choruses. One Wren had a beautiful soprano voice, and it was during one of her numbers that the siren went to warn of an impending air-raid on the town. The Wren stopped midway through her number and left down the fire escape to head for the shelters. She never made it to safety and was a victim of the air attack. Her song remained unfinished, and it is said that it is she whose spirit walks the auditorium – waiting to finish her number.

The 1950s opened with The Quaker Girl, The Street Singer and Fools Rush In – the later a play written by Kenneth Horne who would go on to gain fame in the 50s and 60s on BBC radio with his series Round the Horne. Trial by Jury and HMS Pinafore, Agatha Christie’s Murder at the Vicarage and Witness for the Prosecution were performed at a variety of venues around Cowes as was Me and My Girl performed in East Cowes Town Hall for the society’s Diamond Jubilee in 1957. The 60s saw CAODS perform Richard Gordon’s Doctor in the House and Doctor at Sea along with The Gypsy Baron operetta and the more challenging and controversial piece The Long, The Short and The Tall – play set in Singapore in 1942 and the moral dilemma about what to do with a captured Japanese soldier.

Bernard Shaw’s Pygmalion was successfully performed at Trinity Hall in 1968 and then again in spring of the following year at Caen University in France.

In the 70s the nonavailability of a venue caused the autumn play to be cancelled twice and so when the opportunity to secure a lease on Trinity Hall arose in August 1978 the Society swung into action and a lease was signed in February 1979.

CAODS members set to work converting the shell of Trinity Hall into a theatre. At the same time 250 tip-up seats from Shanklin Theatre were purchased for £1 each and these were quickly cleaned, arms patched, and backs varnished and are still in use today. The original gold curtains were purchased from a cinema in London that was closing. The magnificent red curtains now present at the theatre were a gift from Louis Vuitton when the firm hired the theatre to host a disco one Cowes week in 2000s Trinity Hall was purchased by CAODS in 1983 for £27,500 with the help of a mortgage from National Westminster Bank.

With a secure and permanent home in Trinity Theatre, CAODS has gone from strength to strength. 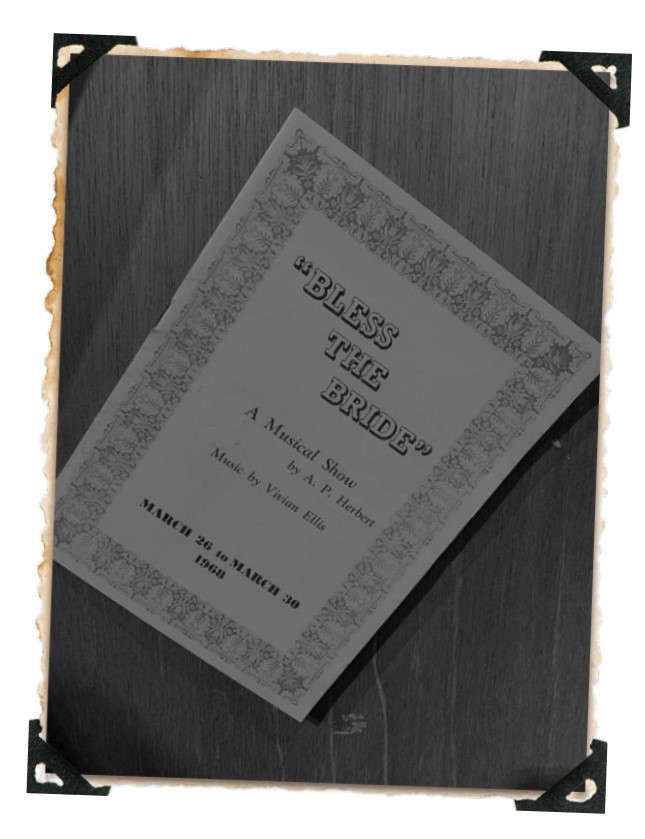 In 1989 the first performing rights for the smash hit TV show ‘ALLO‘ ALLO by an amateur theatre was secured. The society had full houses for every performance.

During the 90s Finnian’s Rainbow and Beyond Reasonable Doubt were stand out shows and the Pantomimes became larger and more complex as CAODS Youth Theatre grew and flourished.

The Noughties brought wider and more difficult shows and success has been achieved up to the present post-Covid days where a string of awards winning shows have recently been produced.