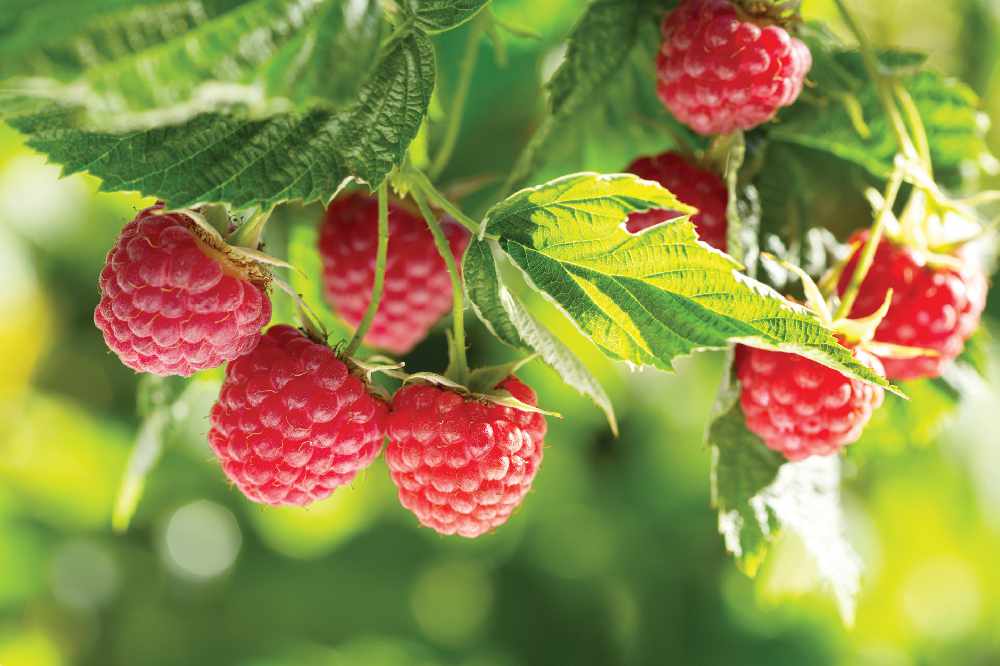 Nothing says ‘summer’ more than home-picked fruit. Raspberries are easy to grow — and now’s the perfect time to plant them, writes Flo Whitaker.

There are many raspberry varieties to choose from, including early, mid-season and late croppers, enabling you to have a succession of fruit over a long season. Some varieties have the common decency to be thornless, others will cope with shade and there are several types with yellow berries that are apparently super-sweet. I confess I’ve never grown yellow raspberries as my inner pedant screams, “Nooooooo! Raspberries should be red,” but you’re doubtless more sensible than me, so why not give ‘em a go?

Raspberries are long-lived plants and will often crop for 10 years or more, so take the trouble to make a sturdy support frame using 2.5 metre- high tanalised fence posts. Position them in a line at 2 metre intervals and hammer firmly into the ground. Attach three lengths of horizontal galvanised wire to the posts, (the bottom wire needs to be about 30 cms above soil level) and position the plants approximately 40 cms apart, adding general-purpose fertiliser to the soil.

Summer raspberries bear fruit on mature ‘canes’ (stems), produced the previous year. Select the strongest ones and tie them to the front of the wires as they grow, spacing approximately 10 cms between each cane. Remove weak-looking stems, or those that are smothering their neighbours — don’t be greedy, good air circulation will help keep the plants healthy. As the canes start to bear fruit, look out for new ones to take their place the following year, tying them behind the wires to keep them separated from the fruiting canes at the front. Using this method, it’s simpler to access and remove the mature canes when they’ve finished fruiting, leaving the new ones to grow on for next year.

Unlike their summer cousins, autumn varieties produce fruit on canes that have grown the same year, so their pruning and training requirements are super-easy. In February and March, simply cut all of the previous year’s growth down to ground level and tie in the newly emerging canes as required.

Raspberries don’t have to be cultivated in rows. If space is limited, hammer a post into the ground and position three plants around it. Allow half-a-dozen canes per plant to develop, tying them loosely to the post as they grow. Cut away surplus shoots at ground level. Some varieties, (notably autumn fruiters) have a bushier habit and require minimal support, making them ideal for this growing method.

Raspberries can also be grown in a large container, such as a half-barrel. Add water-retaining leaf mould to the potting mix and top it up with a thick mulch to lock in moisture and suppress weed growth. However you grow them, be sure to fix birdproof mesh over your plants well before the fruits ripen — otherwise crafty blackbirds will scoff the lot! 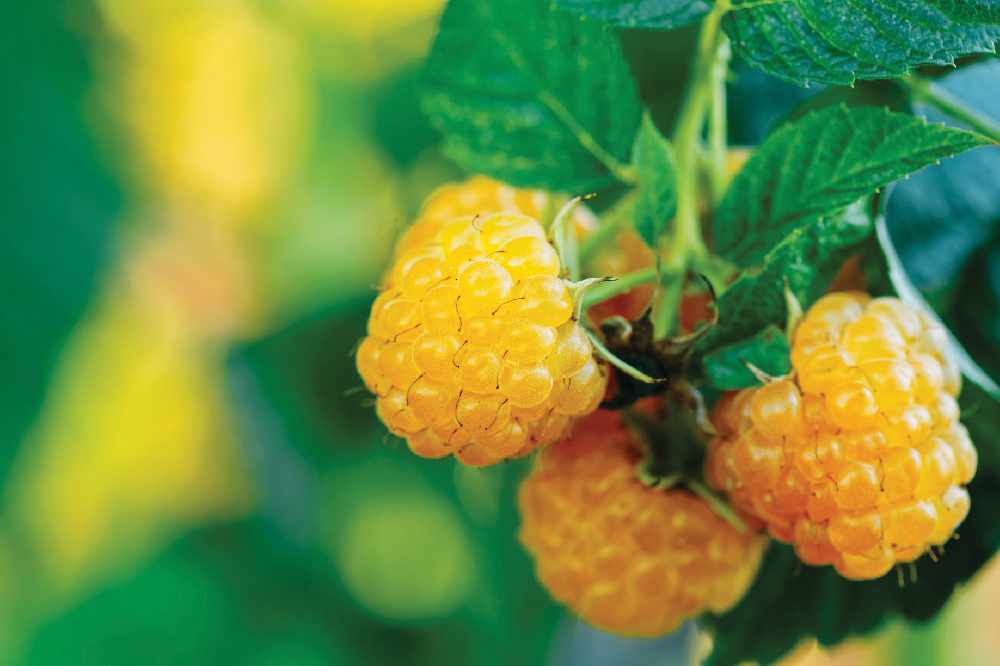