Hanging Out With Holly 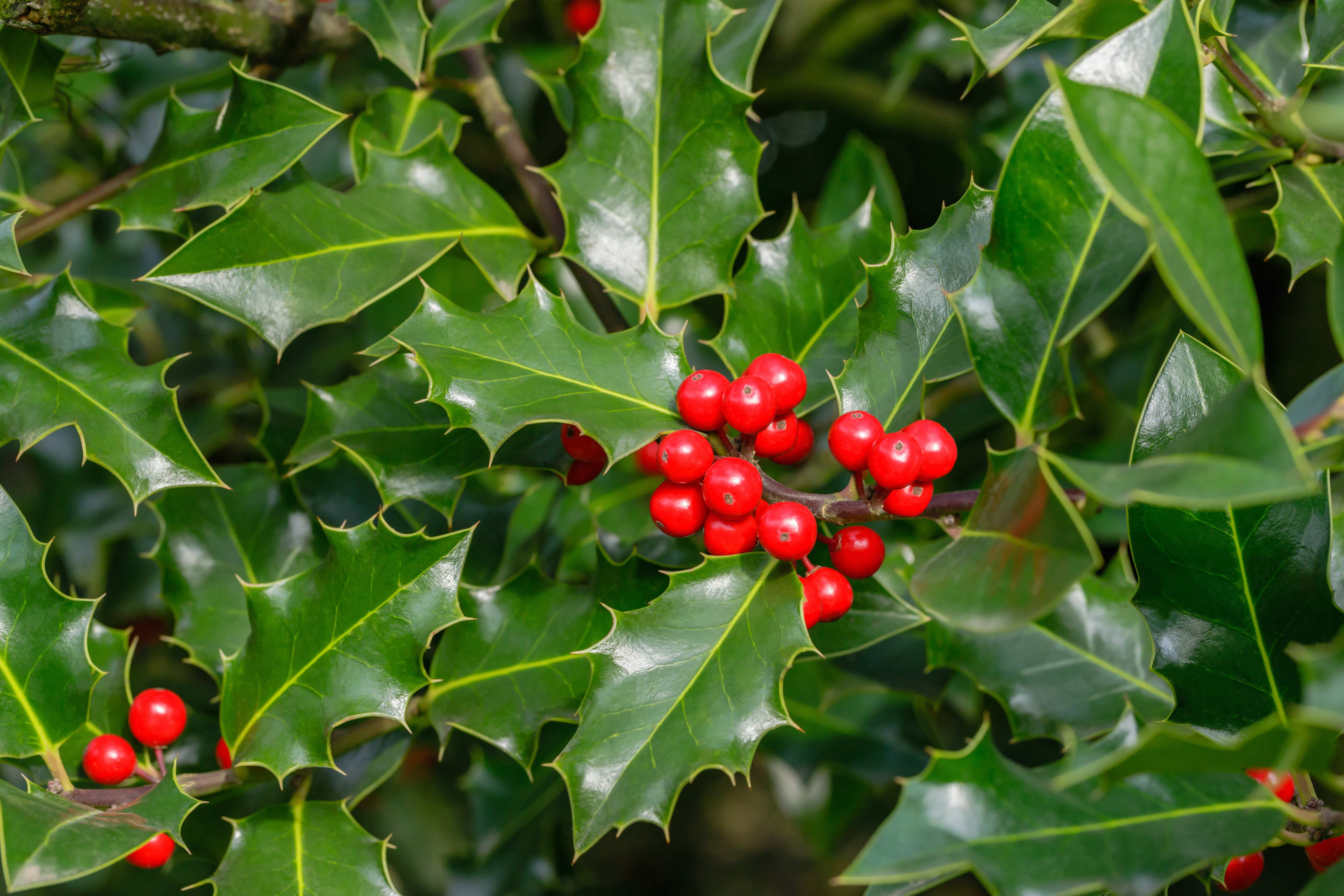 There’s a lot more to holly than spiky green leaves and a few red berries. Peter Erridge explains all things historical and prickly.

Fossils indicate ancestors of holly existed around 50 million years ago. The Druids considered holly to be a sacred plant with a strong place in their belief system; as a symbol of fertility, eternal life, and protection against lightning strikes.

Holly is found in hedgerows, usually grown from seeds dropped by birds; and is left as markers of footpaths, old boundaries or sightlines for ploughmen. A group of hollies is called a ‘hollin’ and appears in place names such as Hollingbourne in Kent.

The name holly comes from an old English word meaning prickly and has nothing to do with ‘holy’. Christians associate holly with their religion; the spines on the leaves representing the crown of thorns and the berries the drops of blood shed at the crucifixion. According to Churchwardens’ records, holly and ivy were used to decorate churches from the 15th century. The association was strengthened in the early 19th century when German members of George III’s household brought Christmas trees indoors. In 1841 the press reported Queen Victoria had a Christmas tree and brightened the scene with glossy leaved, red berried holly. Thus, a tradition was born, although it was initially seldom seen outside wealthier families.

The holly genus is widespread in temperate and sub-tropical regions of the world, but large holly woods thrive mainly in Britain. There are over 450 species of holly, including trees, shrubs and climbers. They occur in temperate and tropical climates and grow in most soils except wet and poorly drained, preferring acid soils. Hollies are hardy and adapted to the shade of woodlands, creating an understory.

Being rich in nutrients holly is often grazed by animals and until the early 18th century farmers used it as a feed. Above grazing height leaves tend to be smooth. The larger shrubs and trees with dense foliage provide shelter from harsh weather for cattle and birds. Few diseases or pests affect hollies although the caterpillars of Holly Blue butterflies feed on the leaves.

Folklore relates a heavy crop of berries to a forthcoming hard winter, when in fact the density of berries depends on the number of pollinating insects at flowering time.

Readers should know of Ilex aquifolium, the English holly, with dark green spiny leaves. However, there are many cultivars some with a variable number of spines, or no spines, and some with yellow or silver leaf colouring. Most hollies are either male or female with only the latter bearing berries. A word of caution – some varieties have misleading names such as Golden Queen, which is actually a male holly! 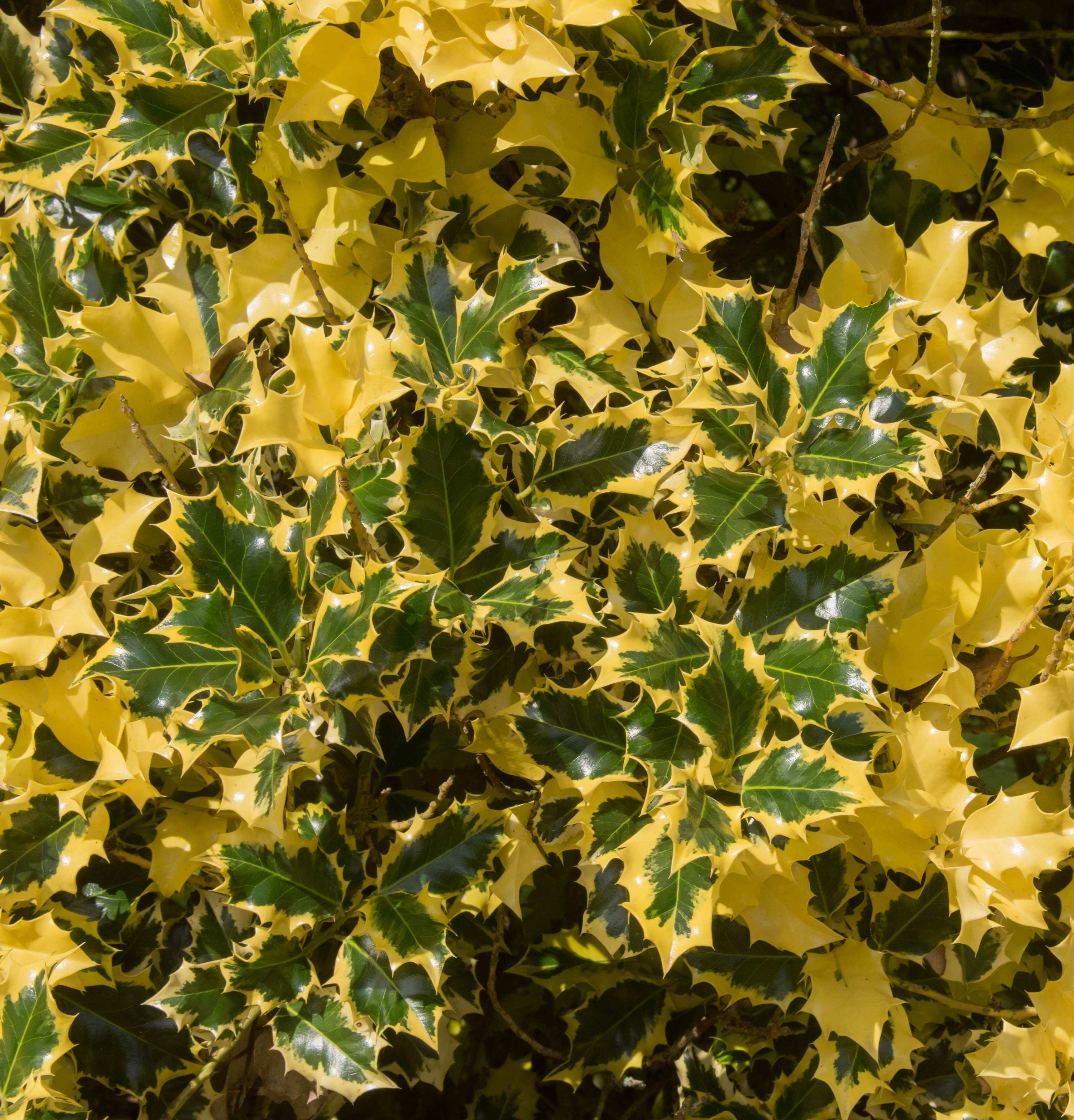 Although most berries are red, they can also be yellow, white, or black. They contain poisonous substances affecting people and animals. With children, eating as few as two berries can lead to stomach upsets. For birds, they’re more palatable after being frosted when the berries soften and have a milder taste. Germination of holly seeds can be slow taking from 6 to 16 months.

Things have gone full circle since the Druids and these days it’s considered unlucky to bring holly indoors before Christmas Eve, but good luck
should ensue if this holly is burnt in the garden after Christmas.