Gardening: The Last Wild Orchid of the Year 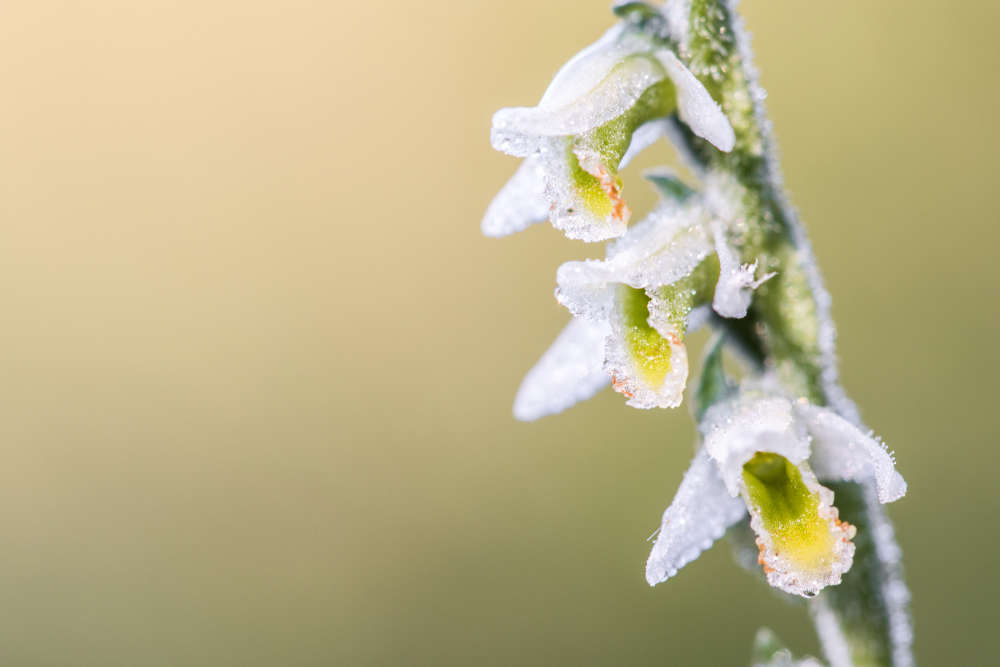 Towards the end of August, on the lawns of the Isle of Wight an inconspicuous species of wild orchid, the last British orchid of the season, appears for just a few weeks, heralding the end of the summer.

Autumn Ladies-Tresses (Spiranthes spiralis) is the last of Britain’s 56 species of wild orchid to come into flower in the year. From around the second week of August their thin pale green stems start to appear on garden lawns, grass verges, public recreation grounds, in open grassland, churches and cemeteries and on chalk downland.

By the end of August, three to twenty delicate white, bell like orchid flowers, appear from the middle of the stem upwards in a spiral resembling a ringlet hence the name Ladies-Tresses. When viewed close up through a hand lens the flowers and stems are covered in fine downy hairs giving them a charm all of their own.

The plants tiny stature (3-15cms) and small flowers mean that they are easily overlooked. In the last five years my partner and I have found the orchid on over 350 front lawns on the Isle of Wight although virtually none of the residents realised that they had them. Because of this they frequently succumb to the lawn mower. 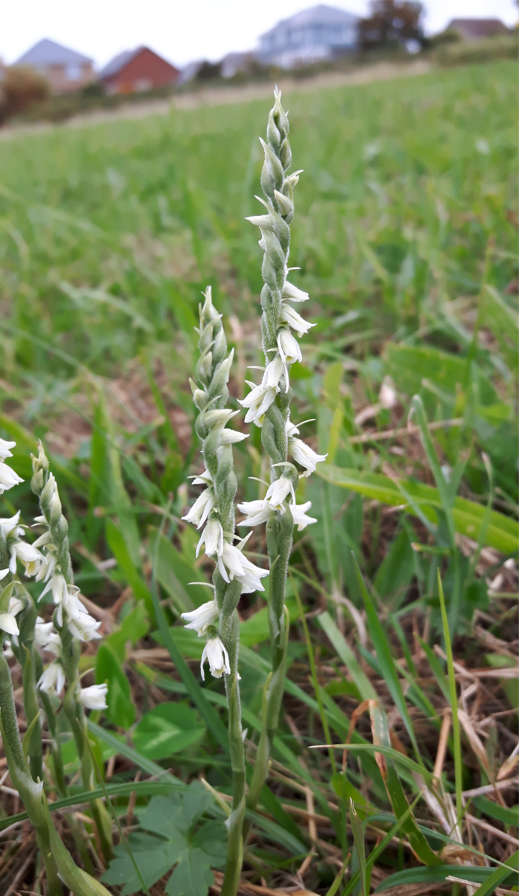 Last year the wet weather in the middle of August meant that lots of residents on the Island cut their lawns towards the end of the month, so many of the lawns where the orchids were abundant in previous years, were sadly lacking this lovely species. However, plants still survive even after they have been cut, and they will come up again the following year.

The flowers have a delicate sweet honey-vanilla scent, though smelling them involves getting very low to the ground and carefully cupping the flower spike in the hand to appreciate its aroma.

Autumn Ladies-Tresses is found throughout the Island, where the right habitats occur and although relatively common, it is almost certainly overlooked. It is abundant on the chalk of southern England, becoming less common the further north one goes.

As all orchid species in Britain are protected, it is against the law to pick them or dig them up without the permission of the owner of the land on which they are growing and they should be left for others to enjoy.

Individual plants are very long lived and may flower for many years and there may well be large numbers of dormant non-flowering plants on lawns which are cut too regularly. Plants that have been cut off, often increase in size vegetatively year by year until they are able to flower. A cutting regime of last cut in the first week of August would allow the plants to flower and increase, while a further cut in late October would allow the orchids to set seed and colonies to expand further.

On the Island the species is particularly prevalent on lawns in parts of Bembridge, Binstead, Colwell, Cowes, Freshwater, Ryde, Sandown, Seaview, Totland and Wootton, but it could crop up almost anywhere especially on the chalk, so keep an eye out as you may well be lucky enough to have this delightful species on your lawn.