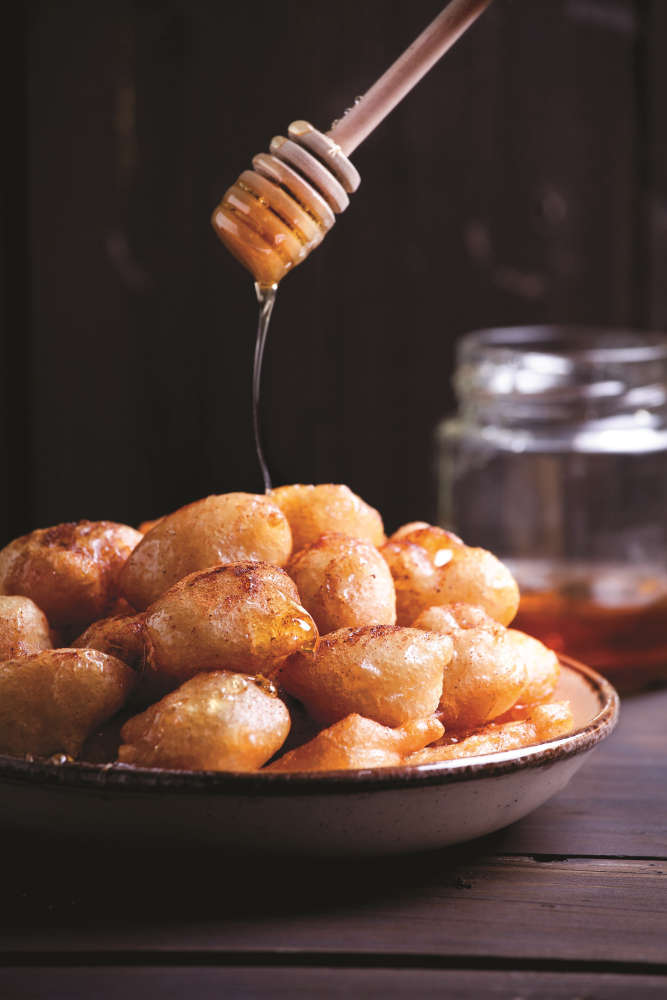 Adele Trathan loves these delicious Greek treats. They are similar to doughnuts or churros, but a healthier option as they are baked rather than deep fried, then soaked in a warm spiced honey

Remove the spices and drop the dough balls into the syrup, gently stir to cover. Serve with a dollop of Greek yoghurt and an optional sprinkling of pistachio kernels.