The Isle of Wight’s Missing Chapter by James Rayner 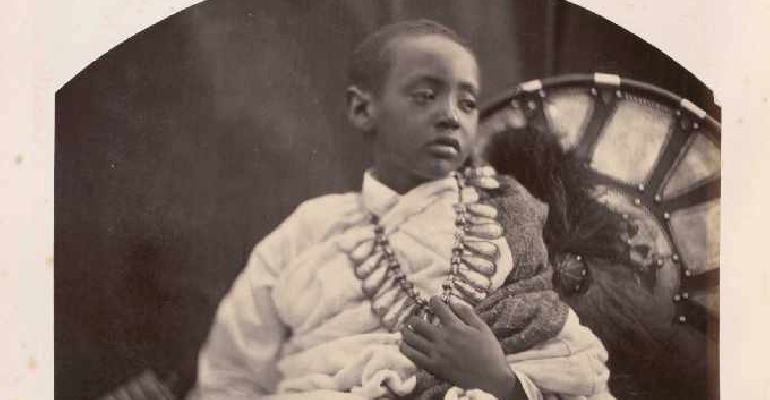 Alamayou the son of King Theodore of Abyssinia.

The history of the Isle of Wight is often treated as a closed book which has meant that some of the most talented Islanders who made a name for themselves are pretty much unknown today.

One such person is George Owen Wynne Apperley, who was born in Ventnor in 1884 and became a successful painter, exhibiting at the Royal Academy, with many of his works still held by leading galleries today. He spent much of his life in Spain where he painted some of his most well known portraits of the local women he met, before moving to Tangier in Morocco where he would spend the rest of his life.
Another is Antwerp Edgar Pratt, who was born and raised in Ryde and made a name for himself as an explorer and naturalist, venturing to Tibet, the Amazon and uncharted parts of New Guinea at the turn of the 20th century. He brought back important specimens from his travels and discovered new species of plants and animals, some of which are still named after him today. The fact these people are never mentioned in relation to the history of the Isle of Wight shows that it needs to be looked at again if such talented Islanders as these have fallen off the radar. 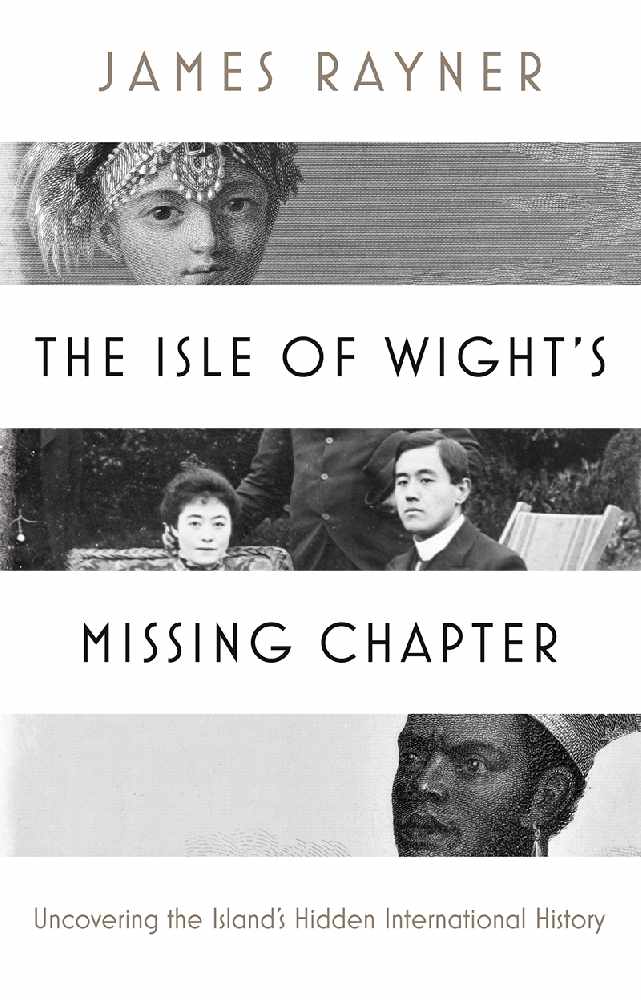 'The Isle of Wight's Missing Chapter', the book, by James Rayner.

Something else you soon notice is how most versions of the Island’s history pretty much exclusively deal with British people. The Isle of Wight is still not particularly diverse today and so it is easy to presume that in the past it was the same or less so. You rarely see any mention of visitors or residents of the Island who were foreign or from an ethnic minority.
Some people on the Island will know the story of how the York Hotel in Ryde became the Royal York after the French Empress Eugénie turned up at the door early one morning having run away from France. A lot of people now know about Queen Victoria’s Indian servant, Abdul Karim, who had his own cottage on the Osborne Estate.
Others might know that Karl Marx came for a holiday, Ivan Turgenev to write and Mahatma Gandhi to give a talk to the Ventnor Vegetarian Society.
Less well known is that the former Queen of Portugal became a nun at Ryde in the early 20th century. Few know that the Island almost had a Jewish MP of Russian heritage called Sigismund Mendl, who just lost out in the 1892 election, and an MP of Greek heritage was almost elected by an even smaller margin in 1910, Constantine Scaramanga-Ralli.

There are few clues today to help discover the Island’s international history. There is a Spindlers Road in St. Lawrence, named after the German businessman William Spindler who lived at Old Park and did much to improve the area in the late 19th century. In Sandown, there is a Guadeloupe Road which got its name from the Reverend Agassiz’s Mexican-born British wife, Maria de Guadalupe Anna Antonia Robinson. The couple bought a property near the sea called Sandown Cottage, which they renamed Guadalupe House. When the house was demolished the buildings that replaced it were named Guadeloupe Terrace and even though they have gone too, the name has remained ever since, even if the spelling has changed. A recent addition is Francki Place in Cowes, named after the captain of the Polish destroyer ORP Błyskawica which defended the town during a heavy air raid in 1942. Other than that, there is little today that indicates the Island had anything other than a very British past.
However, the truth is that the Isle of Wight has an incredibly diverse history of people from all over the world who disembarked on the Island’s shores to visit, to study, to work or to live. This is a history that goes back many centuries and is still being made today.
There were black or mixed-race Islanders being born as far back as the 1790s and dozens of Indian visitors venturing to the Island from the very first years of the Victorian era.
At different times, the Island has been home to a former Jamaican model, a Japanese earthquake expert, a Sri Lankan cricketer and a pioneering Indian doctor. The Island was
even visited by Maori chiefs, Argentinian students and the Queen of Hawaii. There are truly incredible stories of how the Isle of Wight plays a part in the lives of people well
known in their own countries but unknown here.
Armenian priest and composer Soghomon Soghomonian, better known as Komitas, stayed at a small inn at Shanklin in 1911. He found inspiration walking on the Island’s beaches and composed at least seven traditional Armenian songs during his time here, with the help of his companion, Armenian singer Margaret Babaian.
A Cameroonian teacher turned philosopher, Bernard Nsokika Fonlon, who would later become known as the Socrates of Cameroon, worked on the Island for seven weeks in 1955.
An Algerian from the indigenous Berber people of North Africa, described as the father of Berber nationalism, Mohand Aarav Bessaoud, spent the last years of his life on the Isle of Wight as a political refugee after being expelled from France in 1978. He was also a writer, founder of a Berber academy in France and is credited with designing the Berber flag.
Just from these examples you can see generally unknown stories from the Island’s past coming to light, illustrating its role in the lives of people from all over the world.
Using targeted searches I have been able to uncover a whole new chapter in the Isle of Wight’s history, bringing together information for the first time from history books, newspapers, biographies and official records, to tell this missing chapter from the Island’s past. This book focuses on people of African, Caribbean and Indian origin, with a brief look at examples from the wider world, including China, Japan and Hawaii.
The book is available to purchase from Medina books in Cowes, Ryde Bookshop, Waterstones in Newport, Babushka Books in Shanklin and No 66 in Ryde.