That Ol' Black Magic: Why it's the ideal colour for autumn fashion 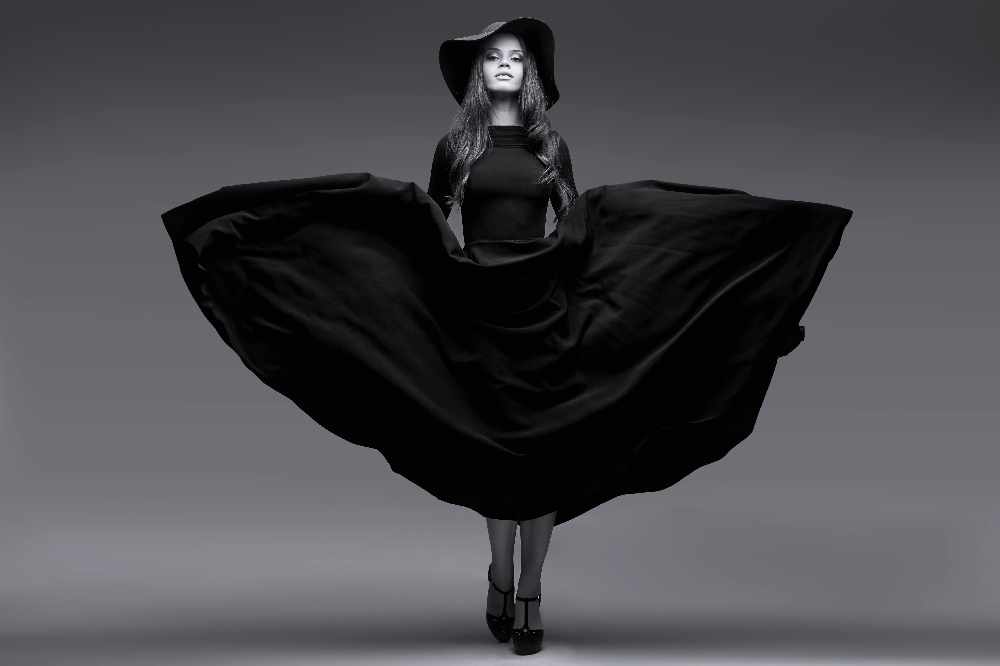 A mysterious and seductive colour, Lisa de Silva tells us why black remains one of the most popular choices in the fashion world.

A mainstay of catwalks across the globe, fashion’s love affair with black remains a constant in a world of ever-changing hemlines and silhouettes.

But just what is it about that ol’ black magic that casts such a spell over our wardrobes?

Clearly, there are rational reasons behind the enduring popularity of black. On days when we feel less than lithe and lissom, we slip into black, and abracadabra, our lumps and bumps are magically smoothed away.

And what other colour has the wizardry to be so versatile? Black looks good with anything you chose to mix it with and that’s why most fashion classics work best in black – the cashmere sweater, the leather jacket, the ‘good’ pair of trousers and the iconic little black dress.

When it comes to investment dressing, buy it in black and you won’t go far wrong. On a more emotional level, despite its dark and sinister overtones, black has the power to bestow both drama and intrigue.

A fact appreciated by Hamlet, who cut a real dash in the Danish court in his “customary suit of solemn black.” Modern women first woke up to this power in the 1950s with the birth of the little black dress.

Even the simplest and most innocent of styles worn in deep inky black could put the most faint-hearted girls firmly in the spotlight. Since then, we have learnt that for drama, confidence and impact, black will never let you down.

But that brings us to another magical trick that black has up its sleeve. Just as it can cast you centre-stage, black need never reveal your true colours.

For black is also the great disguiser, the bringer of mystery and anonymity. Black allows you to travel incognito – witness those ubiquitous dark glasses.

Shroud yourself in black and hey presto, you’re suddenly a deep, meaningful and poetic bohemian, not a self-conscious rookie with low self-esteem.

A trick performed to perfection by the Beatniks, artists and students in post-war Paris in the 1940s. If all that mastery isn’t enough, black is also the colour of choice when it comes to seduction.

Bringing an edge of menace and thrill to stockings and lingerie, black can transform even the most chaste into a sophisticated femme fatale.

With the power to be slimming, versatile, dramatic, impactful, mysterious and seductive, it is quite clear why that ol’ black magic will never be out of fashion.