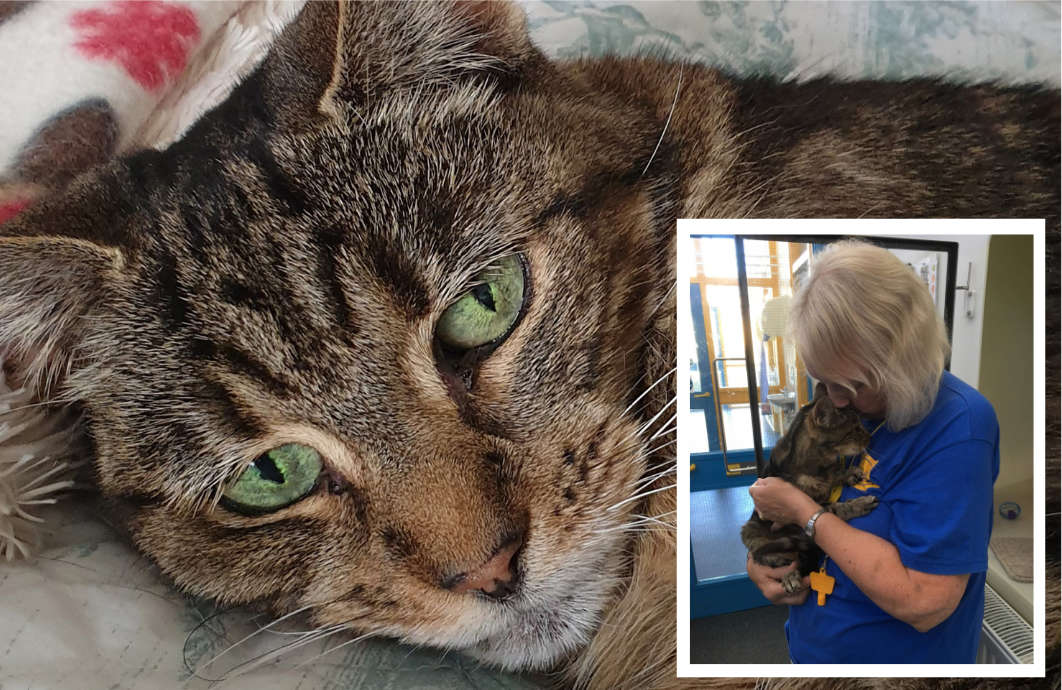 An emaciated elderly cat with an uncertain future was given a lifeline when her path crossed with an Isle of Wight based cat-loving volunteer with a passion for mature moggies.

73-year-old Pauline Brook has volunteered for Cats Protection’s Isle of Wight Adoption Centre for more than 25 years and has taken in six cats from the charity since adopting her first in 1982.

In recent years she had avoided adopting any others because her youngest cat Merlin, 11 years old, would not tolerate feline family members other than Pauline’s existing two cats Marti, age 20, and Minky, age 17.

When Merlin died unexpectedly, Pauline considered that adopting another cat might be possible but it wasn’t until 18-year-old tabby Molly arrived at the centre in August 2019 that she found her match. 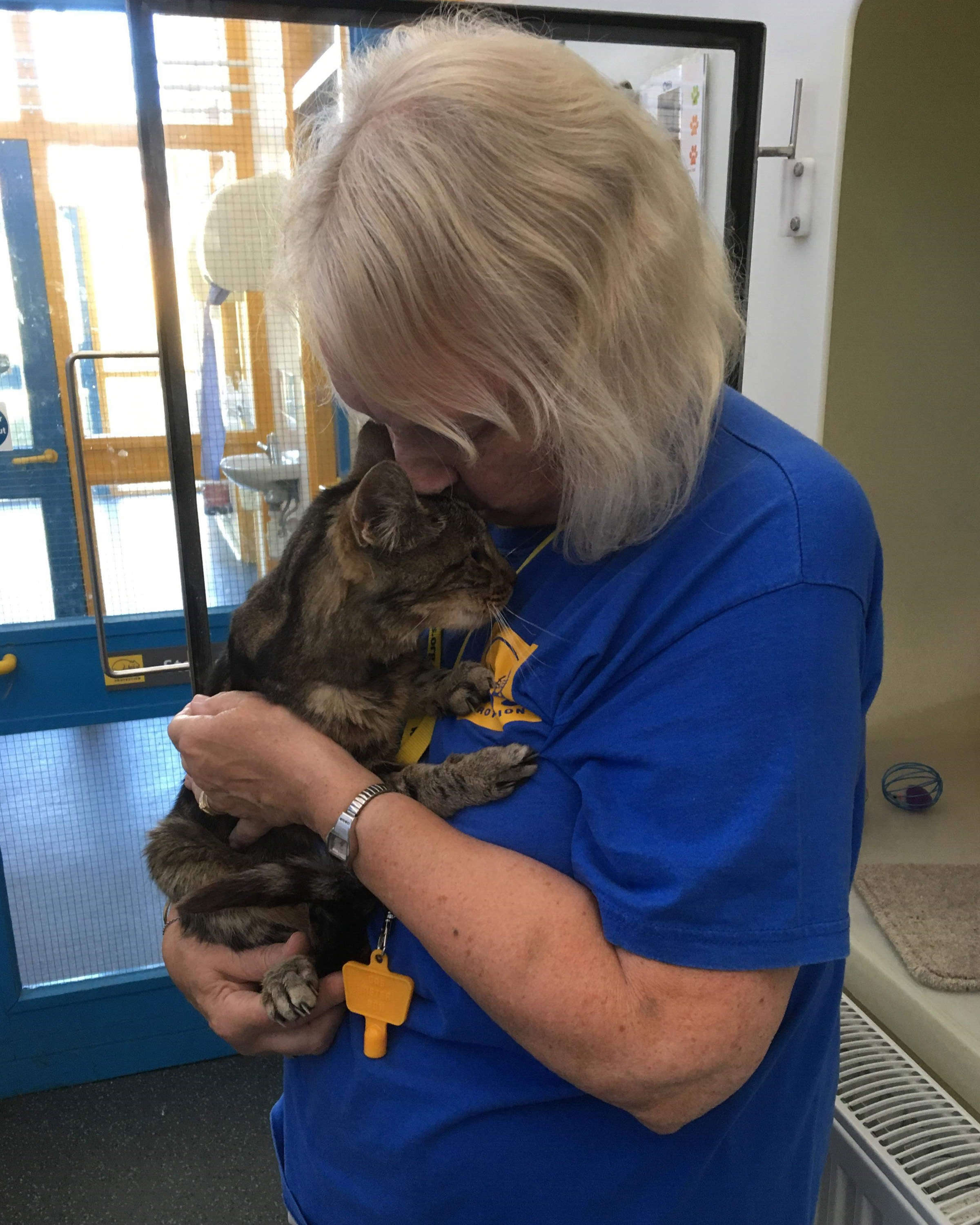 “Molly really helped my husband and I heal from the pain of losing Merlin. Her previous owner had become very ill and unable to look after her. She was very thin when she arrived and the vet suspected she had been unintentionally starved for some time due to her mouth being in a bad state. We were warned that any owner who took her on would need to know that she might not have much time left, but that was almost three years ago!”

Pauline initially waited to see whether anybody else would adopt Molly but, like many mature moggies she was repeatedly overlooked.

Cats Protection has found that over the past five years cats who were over 11-years-old took three times longer to home than kittens. It has created Mature Moggies Day (16 June) to celebrate and highlight the benefits of adopting older cats. Luckily for Molly, when she had been at the centre for just over a month, Pauline knew she was the cat for her.

“When I held Molly’s bony little body in my arms and was rewarded with purrs, my heart melted. At 18 I felt that she would settle in well with our 17 and 20-year-old cats as their day consisted of eating, drinking and napping, something that they could all do together.

“Taking on an older cat can be so rewarding, they love their home comforts and Molly just revelled in being able to curl up on the bed in the sunshine or cuddle up on our laps. She hardly stops purring and as soon as she sees us she chats away, it is as though she is telling us how grateful she is to be part of the household. She has blossomed in the time we have had her, she gained substantial weight and definitely felt less bony each day within a short time of being adopted.

“Of course, we don't know how long we will have Molly for as she is now 21 years old but I have come to realise that life is not predictable anyway. We will give her the best things in life for however long she is with us and when the time comes, we will do the kindest thing we can for her, however hard that may be.

“I would urge anyone to think about adopting older cats as it is a very rewarding experience and makes such a difference to these beautiful senior kitizens. Molly still loves to play and sunbathe in our garden and we are hoping she will continue to do so for many more years to come as we love her to bits.” 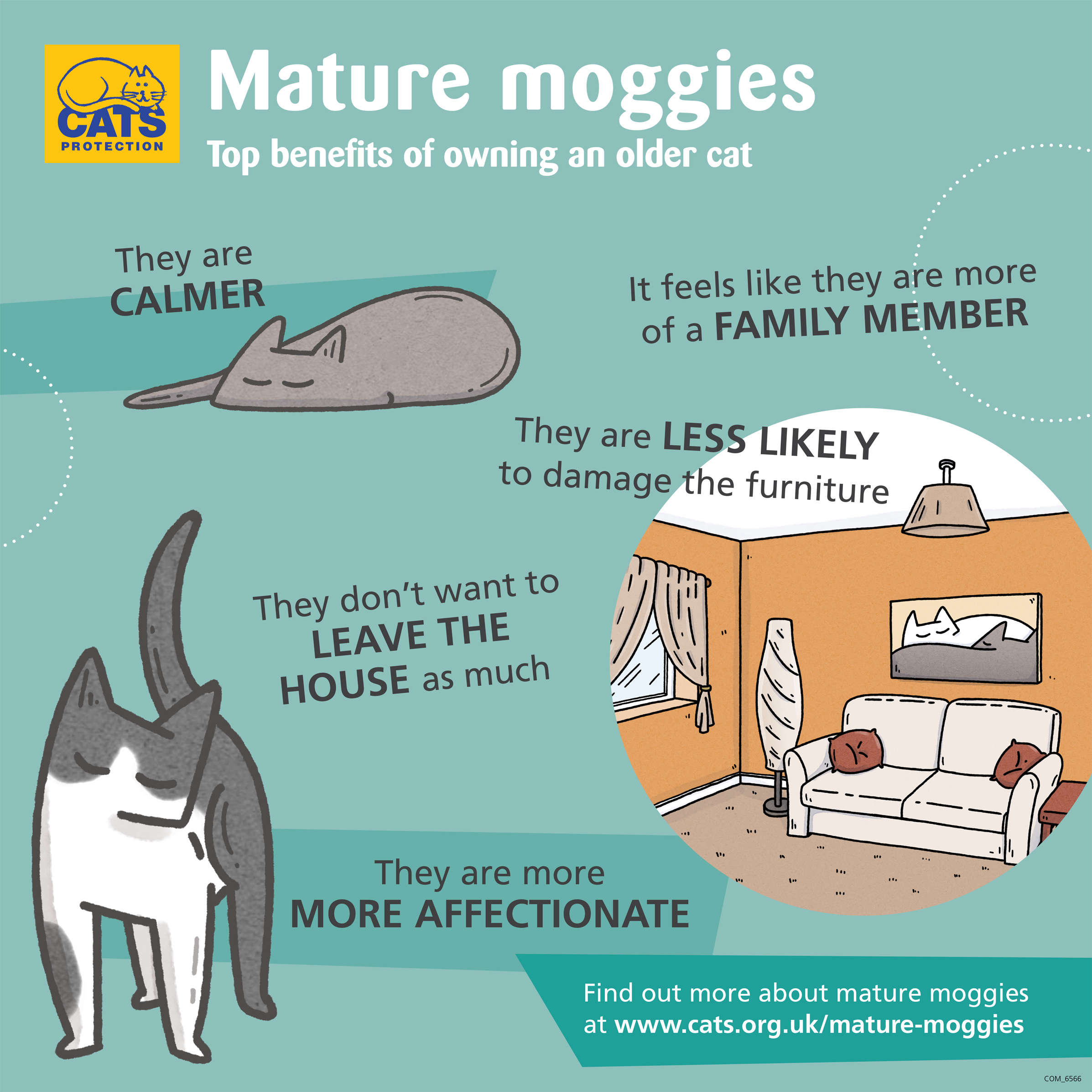