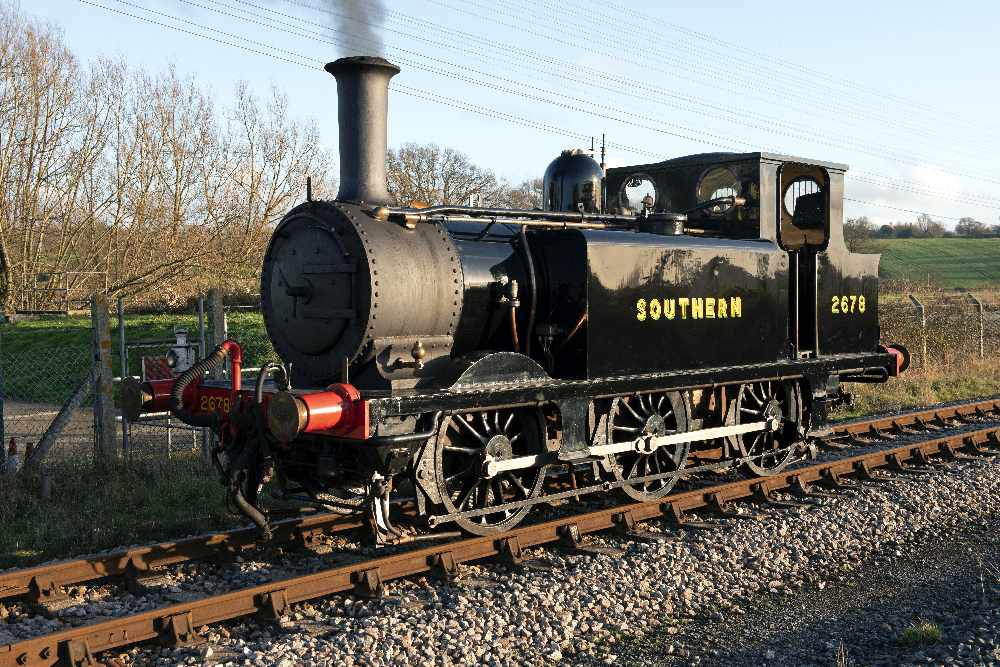 A special visitor is returning to the Isle of Wight after 85 years.

Steam locomotive ‘Knowle’, one of the A1X ‘Terrier’ class is visiting the Island to be part of the Railway’s 50th Anniversary Gala on 4 - 6 June.

The locomotive worked on the Isle of Wight between 1929 to 1936 where it was named ‘Bembridge’ following the tradition of naming engine’s after the Island’s towns and villages.

The engine would have been used on the Island’s quieter branch lines.

These engines gained their nickname of ‘Terriers’ due to their diminutive size, rapid acceleration and the characteristic ‘bark’ of their exhaust.

The locomotive is now based at the Kent and East Sussex Railway and will be arriving on Thursday 27 May on board the Wightlink ferry at Fishbourne. Knowle will travel on to Havenstreet and will spend a month visiting the Steam Railway.

This landmark event is being captured on Meridian TV’s 6pm news that evening.

“It’s great to welcome this magnificent piece of Island railway heritage back for our 50th Anniversary Gala. The gala weekend is set to be an amazing event for families and enthusiasts alike.