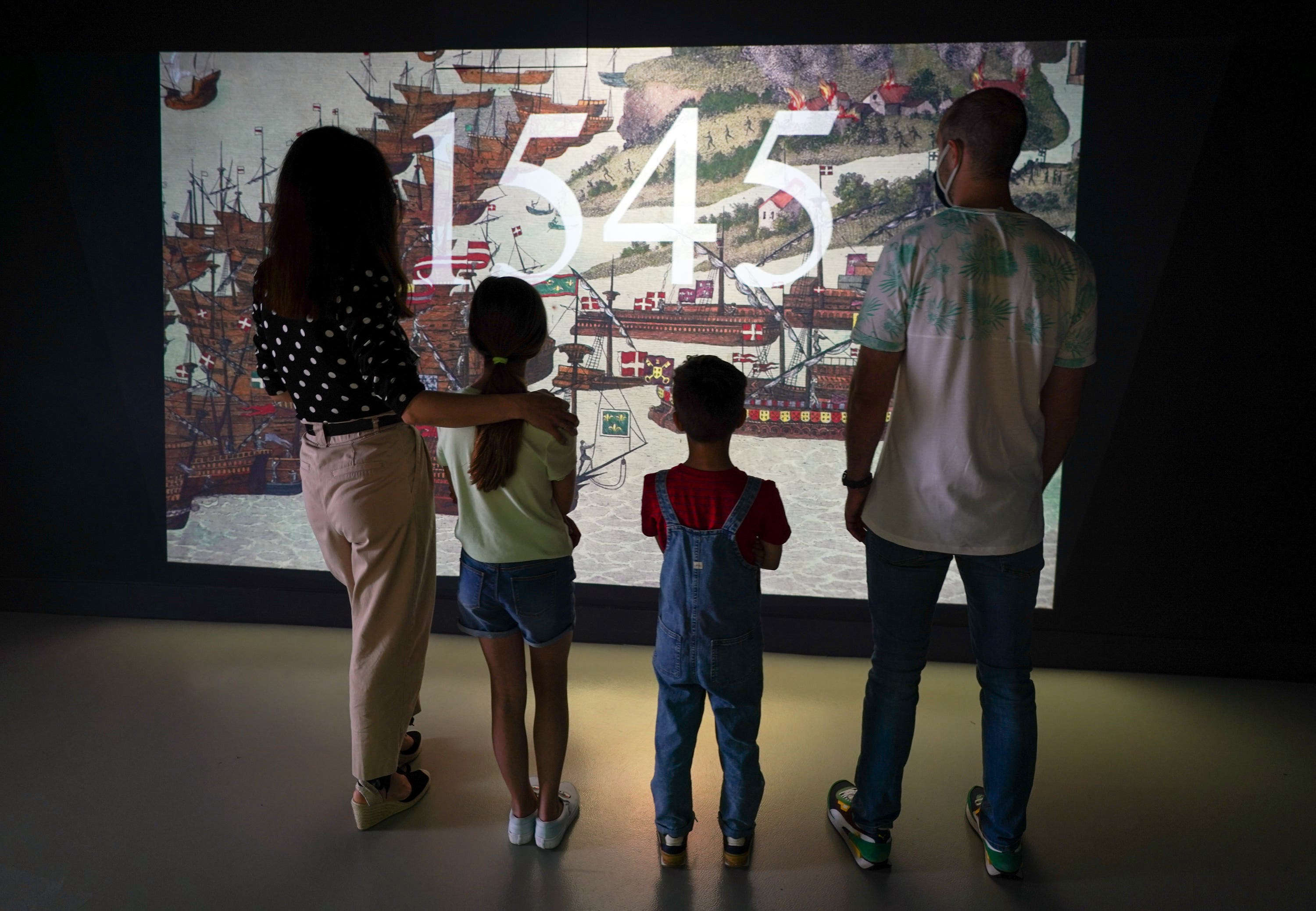 Dame Judi Dench is helping bring the history of the Mary Rose to life at a new exhibition at Portsmouth Historic Dockyard recreating the final moments of Henry VIII’s flagship.

The Oscar-winning actress introduces the new exhibition, named 1545 after the year it sank.

The Mary Rose lay undiscovered on the seabed of the Solent just outside the Hampshire port for hundreds of years before it was located in 1971.

After 10 years of excavation by divers, including the Prince of Wales, the hull was raised in front of a global television audience of 60 million in October 1982.

“I remember being one of the millions who watched The Mary Rose being raised from the Solent in 1982, and it’s a memory that has stayed with me ever since.

“Her incredible story both before she sank and now afterwards reveals so much about our history and 1545, as a new immersive experience is a great introduction to those fateful final moments overseen by King Henry VIII.”

“We’re delighted to be able to bring to life the final moments of the Mary Rose with 1545 – as a spectacular interactive experience.

“It’s an exciting addition for Portsmouth Historic Dockyard over the summer holidays and will give visitors a way to understand how her story as a warship ended, and how ours as a museum began.”

The 1545 experience will open to the public on July 26 to coincide with the start of the school summer holidays and in the same month 476 years ago that the Mary Rose sank.