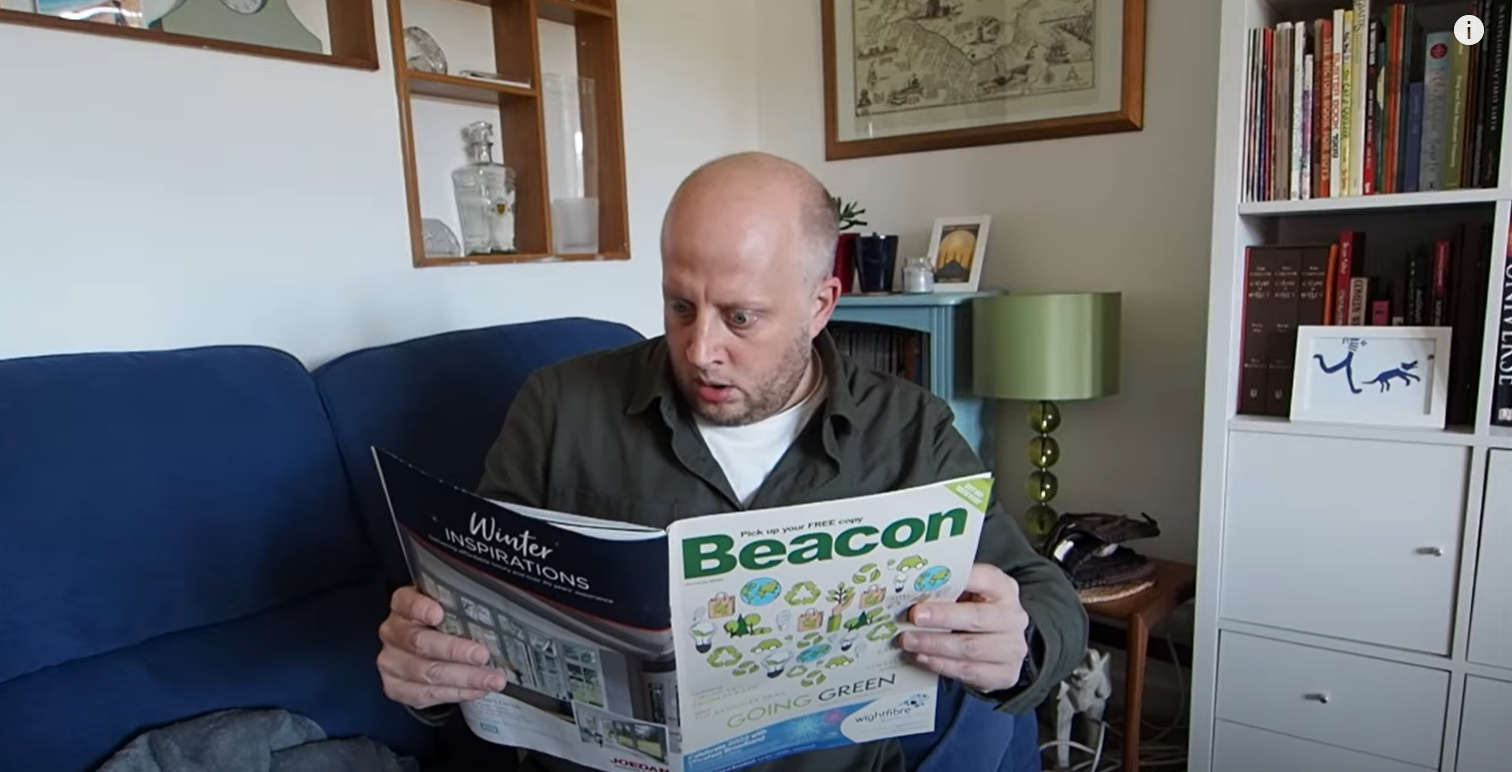 A comedian based on the Isle of Wight has uploaded footage of his latest local trek — after spotting a walk named the Barnsley trail in Beacon Magazine.

Creating his Cool Dudes Walking Club YouTube channel in 2019, Marek has uploaded a series of Isle of Wight walks, all marinated by his eccentric brand of humour.

"I found this walk in the Beacon Magazine, it was developed by Nettlestone and Seaview Parish Council."

During the walk Marek encounters a cat, visits Seaview's Saltern Cottages and completes a five-minute piece of artwork.

Previous walks have seen the 45-year-old take on the Isle of Wight Coastal Path, Yar Trail and Bembridge and Culver Downs.