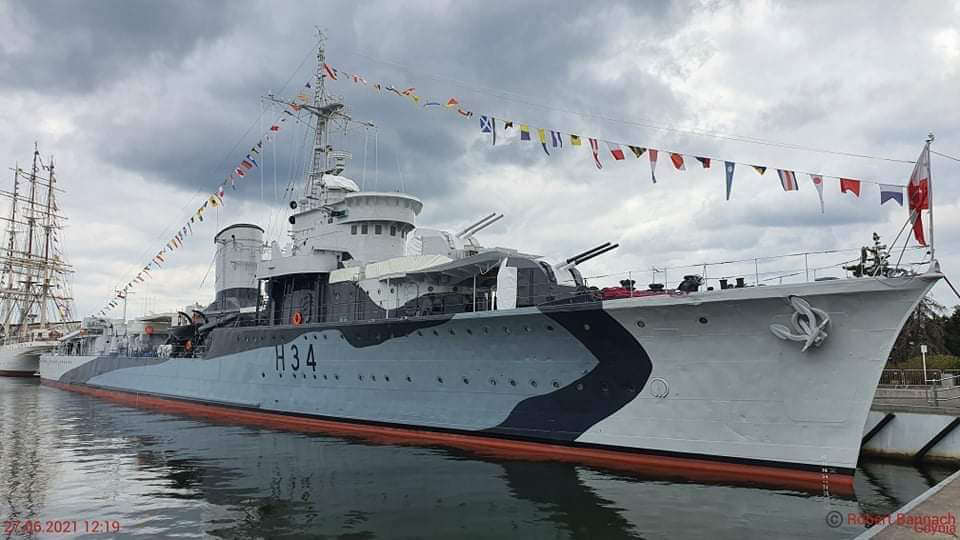 On the night of the 4th May 1942, 160 German bombers arrived off Cowes. Over 70 people of Cowes and East Cowes died that night and many more were injured — but the Polish destroyer defended East and West Cowes from certain obliteration. This month marks 80 years since that fateful night.

ORP Błyskawica, along with her sister ship ORP Grom, were built in the local shipyards of J S White and were the world’s fastest destroyers when launched; Błyskawica achieving 41.5 knots at her peak. Nowadays she lies in the port of Gdynia, Poland, where she’s an immaculately preserved floating museum having received over 7 million visitors. She’s the pride of Poland’s maritime history. The defence of Cowes by Błyskawica was brought about by her being in port for re-armament, enabling her to defend our towns throughout the night of the raid.

On April 28th six German bombers made a hit and run sortie on Cowes, and nearly sank ORP Blyskawica. After this attack Cpt Francki, the ship's commanding officer organised ammunition to arrive from Portsmouth. This was against Admiralty regulations as the ship was supposed to be disarmed when undergoing a refit.

On the night of the 4th May 160 bombers arrived off Cowes. The ORP Blyskawica`s anti-aircraft guns fired without a pause. Hands were scalded and gun barrels grew so hot that seawater was gathered in buckets to cool them down. 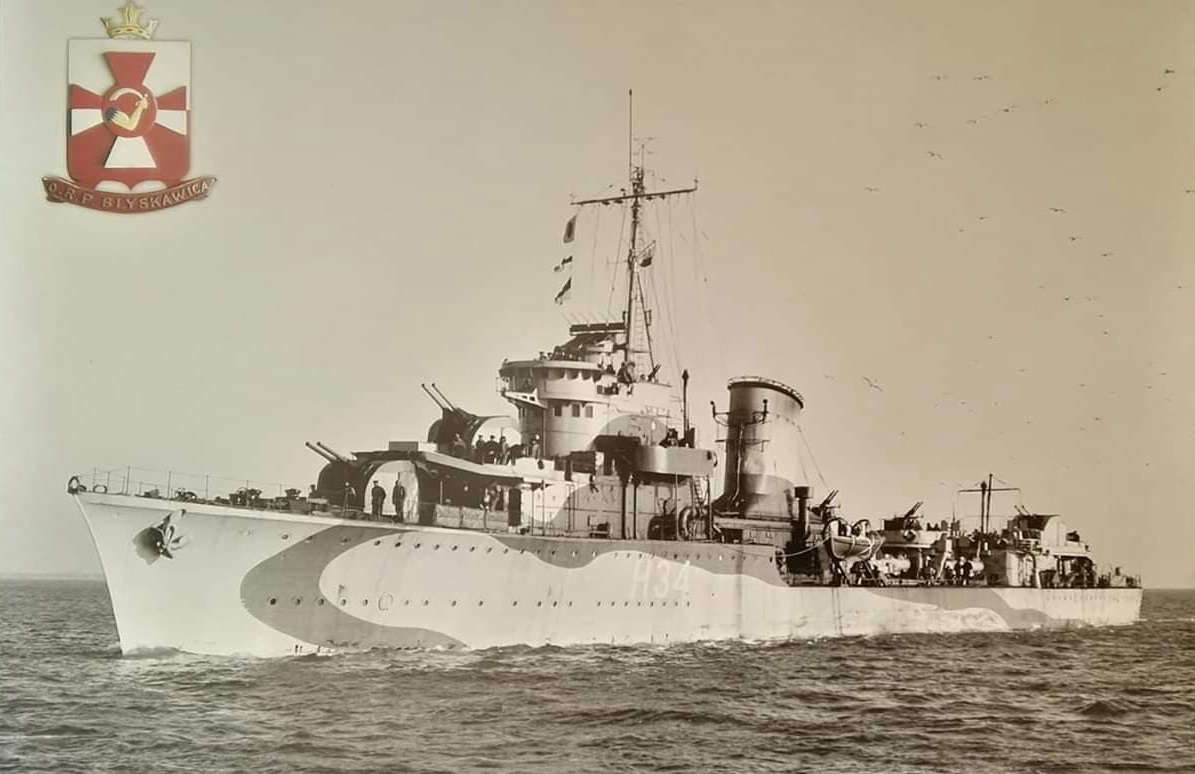 The ship`s crew lit smoke canisters in an attempt to obscure the towns from its attackers. Large calibre guns were used to force the Luftwaffe to fly higher, affecting the accuracy of its bombing.

The Free French Naval units also opened up fire with smaller calibre weapons. Over 70 people of Cowes and East Cowes had died that night and many more were injured. At dawn emergency services from all over the Island raced in to help, and Polish sailors from ORP Blyskawica joined them, acting as firemen and diggers.

ORP Blyskawica was the only Polish vessel to have been awarded with the Gold Cross of the Virtuti Militari Order, the highest Polish military decoration.

Early May brings about the commemoration of the 80th anniversary of the defence of Cowes and East Cowes by the Polish destroyer. Annually, the Friends of the ORP Błyskawica Society hold a ceremony on Cowes Parade to mark the date. The Cowes-based organisation aims to make the 80th anniversary an important event over a period of five days starting on the evening of the 4th May until the end of Sunday 8th May. The Polish government has taken great interest in this anniversary event and members of the society met with Poland’s Ambassador to Great Britain
at the embassy, where they were offered liaison and support for the forthcoming commemoration.

However, due to the situation in the Ukraine and the refugee exodus into Poland, the Polish Ministry of Defence much regrets that the hoped for Polish Naval Band will not be able to attend the 80th commemoration this year. 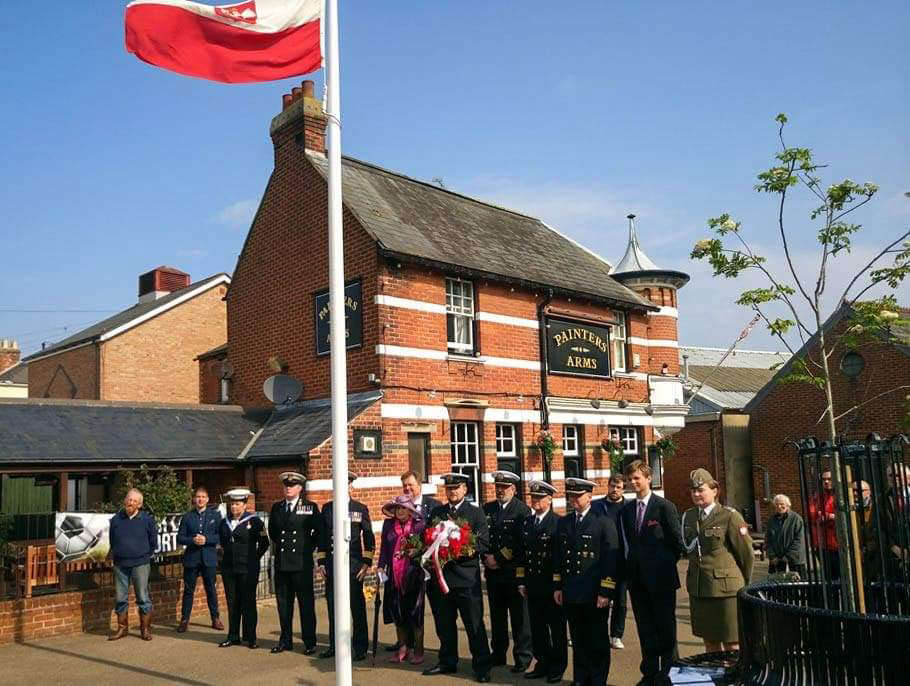 Photo from the Friends of Blyskawica collection

Summary of key events
East Cowes Town Hall. 10am to 4pm: Exhibition on ORP Blyskawica from Saturday 30 April to Monday 2 May inclusive and Saturday 7 May (to 6pm): Organised by East Cowes Heritage Centre