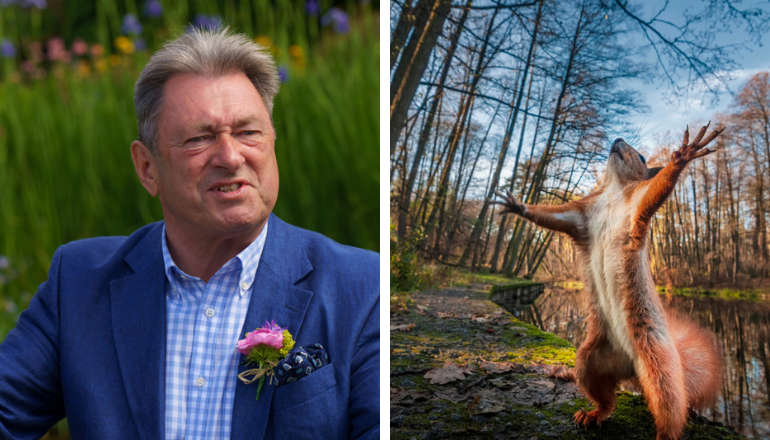 Alan Titchmarsh has joined the battle to save one of the Island's most beloved endangered species.

The 73-year-old will be working to encourage gardeners to plant trees and shrubs which will help feed our native red squirrels that will repopulate areas vacated by the declining grey population.

Alan is an ambassador of the Trust and together they have identified vital food sources.

The initial aim is to encourage gardeners in and around areas that have existing red squirrel populations to plant these growing larders.

The red population will extend and, as this happens, more gardeners will be encouraged to plant out in their support.

RSST’s research partners within the UK Squirrel Accord have developed a special dispenser that can only be accessed by grey squirrels to contain the fertility control agent.

These will be installed in major woods and forests across the UK and will also be available to private garden owners.

“We need a rapidly growing population to repopulate areas of the country that have not seen them for half a century.

"This is an ongoing programme that, we hope, will ultimately expand across the whole of the UK.

"Red squirrels have lived here for more than 10,000 years and were our only squirrels.

"That was until the mid-1800s when a small number of grey squirrels form America were released in a handful of parks and country estates as a novelty species.

"The rest is history but we are now hoping to reverse this.”