Dear Reader, it's March and the clock is ticking closer to Easter when the Island opens up its doors and welcomes spring visitors. It's a wonderful time of year when everything is coming into bloom and the Island shows off its inner beauty, that can only be seen at this time of year.

Keeping this Island pristine and beautiful is the responsibility of us all; residents, visitors, councillors, employed council officials, and our MP. The headlines last month detailing what is happening to a family farm at Westridge is, on all levels, totally unacceptable. If we were French perhaps we would be out on the streets, protesting and showing our displeasure!

There are questions which still remain unanswered e.g. whose going to occupy these houses? How are local services going to cope? How is our hospital, whose facilities are gradually being transferred to the mainland going to manage. Will maternity stay on the Island?

The only things that are growing on the Island, are sections of our penal services which appear are being expanded, plus housing developments all over this Island. There are new homes being built or planning permissions applied for all over, it's not a case of ‘not in our back yard’, it's a creeping concreting over of large green sections of our Island. Over 450 houses plus, with possible the same again in the future, built on the Ryde site!

Surely what we need is an Island-wide directory of derelict or unused brown sites in our towns and villages, which although not so profitable for the developer-pockets, would improve the look of our towns if built on with imagination and flair. Green sites, with easy access open views are far cheaper to build-on. Is it finance and making a profit which drives the Island's housing development, and not suitable houses for local residents? Another question, who is going to actually monitor who is going to occupy these houses? A quick straw poll survey, locally, seems to show new developments being occupied not by Islanders, but by people from the mainland, who have sold their mainland properties at a profit, downsize and retire here. Shame on the developers, officials and us, local residents, allowing this to happen.

If we are to have more estate building sites, can we at least look at their build material and design. How do they complement the surrounding countryside? How eco-friendly are they? How will they blend into the surroundings? How will they mature as they age? Looking at the results of recent builds, over the Island, I suggest, poorly. The question then raised, is building costs? Repetitive builds with immature landscaping is cheaper and quicker to build than sites which use imagination, flair and individual designs. Where is the climate conscious build which enables building to
mature with age gracefully? A lot of unanswered questions, especially when we look at what other counties and countries are doing. We build the smallest room size houses in Europe to the detriment of the householder. Has anyone, in authority, researched what other areas and countries are doing; Bangladesh won this years prestigious ‘Best New Building Award’ with its community hospital, it beat 14 other long listed projects to snag the title of ‘Best New Building’. A prestigious award organised by the RIBA International Prize. This building was not about cost but about design and how, using locally crafted brickwork, natural light, views of the surrounding countryside, courtyards and the reflection of water and trees all of which do not add to the build costs but need imagination and flair to design and build. They have used the local environment, which does not add to costs, to enhance the buildings and bring hope and added beauty to our planet. In contrast much of what we are building currently could be thought as poorly designed, repetitive structures, where the only uniqueness is its receptiveness, which neither ages well or bodes well for its long term impact on the local environment. New builds, should reflect this Island, its unique environment and pay homage to climate change. The Bangladesh build harmonise with its local environment blending and using its location, instead of building a sea of houses which blight our landscape, and fails to mature gracefully or naturally.

The Island is famous for its beautiful streets, thatched roofs, Island stone quirky buildings built alongside where cart tracks in our past made their way, giving beauty now to the many amazing walks and drives, enjoyed by locals and visitors alike; and more importantly hand down a heritage
which we are proud of, to hand on to our children. I had hoped that the days of poor housing design, where street after street, block after block look the same and could be sited anywhere in the UK. Surely with a little imagination we can do better than mundane housing projects, concreting
over this Island!

This month I have dedicated this blog to what is happening to our Island's housing. I hope that you might be intrigued sufficiently to surf the internet, as to how other countries including our own are building for its residents. Austria has some amazing, mixed social and private multi rise developments, which put our efforts to shame, the development initiated by Prince Charles, is a joy to behold and now a climate-conscious community build’ in Bangladesh shows the way to a build which doesn't cost the earth. Pardon my pun!

To ensure that change is managed and what we, as residents, need and want, we need to be heard. That's about ordinary people, such as you and I writing to officials, contacting our elected councillors and MP, to let them know our concerns and worries, not just when it affects us personally but as part of a wider community. Housing on this Island is one of them, it's not just the concern of Ryde residents, but the Island, as a whole.

Next month is Easter and the beginning of a new ‘season’ and hope for us all, thank you for your time in reading this blog. Charles Chapman. 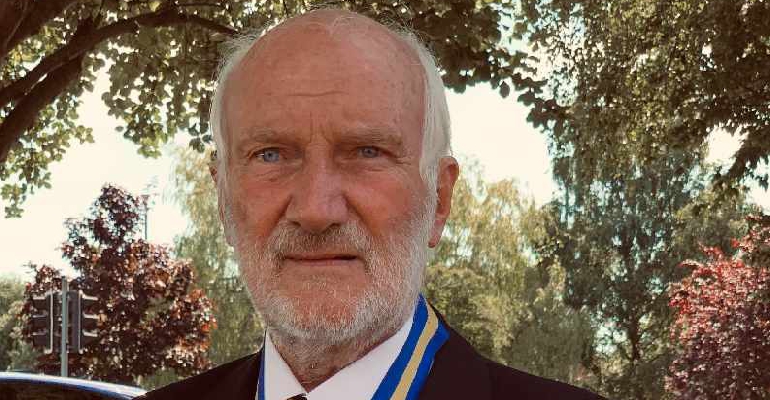