Chris Quirk and Michael Beston were both re-elected as Isle of Wight Councillor and Shanklin Town Councillors for Shanklin South and Shanklin Central respectively, and thank everyone who voted for them. Both wish to remind residents that they are happy to be contacted by anyone who require help in engaging with the Isle of Wight Council. Chris has subsequently been elected as the New Mayor of Shanklin, taking over from retiring Mayor; Steve Knight who has led the Town Council for the last few years. Our sincere thanks go to Steve who remains a Shanklin Town Councillor and continues to work positively for the Community. Former Shanklin Mayor; Richard Priest stood down at the election after many years of service as a Town Councillor, and we wish to recognise and thank him for his positive impacts on the Town over many years and wish him every success in the future. Richard is now Town Clerk to Sandown Town Council.

Bay Safety Marker Buoys Update
The replacement buoys were delivered to the Island on Tuesday 22nd June. Colwell/Totland Bay area will be installed during the later part of June and the Bay area installation is due the week commencing 5th July. Cowes Harbour Services (CHS) will be taking care of the scheduled installation.
The safety buoys future dates for installation and removal will take place early May and September respectively. The IW Council has funded the cost of the replacement Bay buoys, whilst the Bay area Local Town and Parish Councils will fund the cost for storage, removal and replacement each year.

Island Line Upgrade Update
The arrival of the second new train marked an important step towards the completion of the Island Line upgrade later this summer. With two trains now on the island, preparations are making good progress and on Thursday 10th June the new Class 484 train conducted an important ‘gauging run’ through the tunnel at Monktonmead to rubber stamp the engineering work that has taken place there. The train was towed by a road rail vehicle known as a ‘unimog’ as the power to the line was switched off whilst engineers carried out inspections and tests.

The infrastructure works on the line are mainly complete including the new passing loop at Brading including platform overlays and signalling (although snagging is now taking place). Shanklin, Lake and Sandown stations have now been re-painted and the new platform height
adjustment work has been completed. Wi-Fi connection and customer information digital display boards have been installed. The old Island Line class 483’s have been relocated to their new homes at the Steam Railway, Holliers Park and in storage for the London Transport Group.   The Rail Replacement bus service is running well along the route including the link to Havenstreet. Milestones such as these bring us closer to the completion of this exceptionally complex project, however, with so many variables; it is still too early to give a definitive date for the railway to
reopen. Everyone involved in the project continues to work tirelessly to bring the trains into service as soon as possible.

Shanklin Performing Arts Centre Update
Shanklin Performing Arts Centre - Community Interest Company was incorporated on the 24th Sept 2020. When the old Library closed, Shanklin Theatre Community Trust offered to buy the building from the Isle of Wight Council and is now in the final stages of completion. The intention of acquiring this building is the need to expand professional shows at the Theatre, but also the need for community use. It is the intention of the Trust to apply to the Arts Council for a substantial grant, and create a multi- function rehearsal space, dance studio and make it possible to have shows at the Arts Centre where the show capacity is too small for the Theatre. Major work is required to the building, including outside walls and a new roof replacement. A full Electrical Inspection has now been completed and the Intruder Alarm system has been upgraded. A full Asbestos survey report has been received and items have been identified for removal by a specialist company to carry out the work.

Big Mead Pond
The IW Council Parks Officer has completed a full inspection of the Pond and surrounding area after reports of continuing reducing water levels and green algae bloom. Part of the water loss is due to natural evaporation, but the natural springs that have historically fed the neighbouring land and the pond were found to be dry and as yet cannot identify why. Further investigations are pending but it is anticipated that there will not be a quick or easy fix. Our thanks go to the Shanklin Fire Team who used their hose practice session at the pond to aerate and top up the water level and also to IW Council Officers for dealing with the excess rat population in the area. Several Ash trees were felled at Big Mead as they were becoming dangerous due to suffering from Ash die back disease, new trees will be planted at the Big Mead during the next planting season.

Public Conveniences
Shanklin Town Council has had the public conveniences at the bottom of Hope Road refurbished in time for the summer season, and the facilities in the Art Deco building at Chine Bluff are open. The Town Council intends to install a new toilet block at Chine Bluff, but with the ongoing work, it is
unlikely to be opened in time for the main holiday season this year. The old toilets at the Spa Car Park site are no longer fit for purpose, but alternative possibilities for toilet provision around the middle of Shanklin Beach are under active consideration. The Town Council working with the IW Council are also looking at the refurbishment of the Queen Victoria and Queen Elizabeth Memorial Clock Tower on the Esplanade, with the possible transfer of ownership of this Grade ll Listed Memorial to the Town Council. A new replacement flagpole on the Esplanade is also on the agenda following the failure of the old one last year. 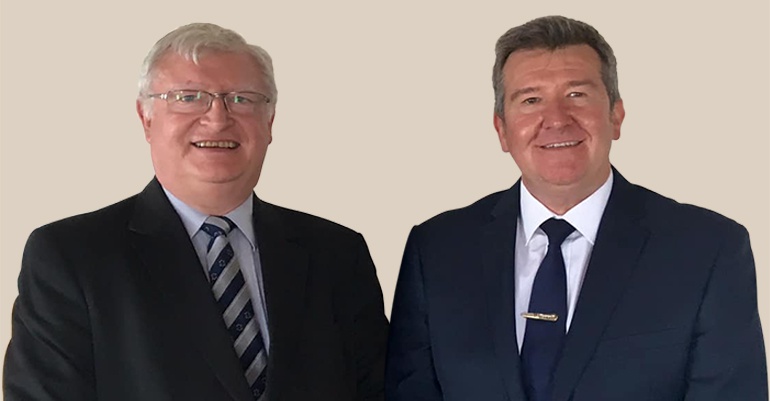