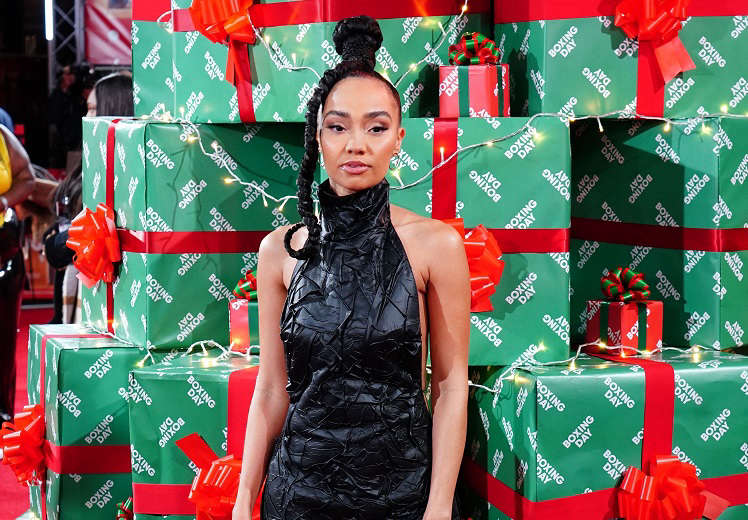 The singer makes her film debut in the upcoming Christmas movie Boxing Day, which was written and directed by her co-star Aml Ameen.

The 30-year-old singer stars as international pop star Georgia, who causes a stir when her character’s ex-boyfriend Melvin, played by Ameen, returns home for the holidays with his American fiancee Lisa (Aja Naomi King).

The Christmas movie, written and directed by Ameen, is the UK’s first black British festive romcom.

Discussing working with his co-stars, Ameen told the PA news agency: “It was amazing acting with them, it was even more amazing directing them.

“Aja Naomi King is such a craftsman, she’s so good at what she does.

“And Leigh-Anne, joining forces with her, to guide her into a performance that I think is very formidable, feels amazing.”

Ameen, who is known for roles in Kidulthood, The Bill and I May Destroy You, said Pinnock was dedicated to the project from the beginning.

Speaking on the red carpet at the film’s world premiere in central London, he told PA: “(She was) nervous for the right reasons, because stepping into a whole new, other department is quite challenging.

“But she’s brilliant and I can’t wait for people to see that. I think already the feedback is that she’s dope.”

Portraying a pop star is not uncommon territory to Pinnock who rose to fame as a member of the successful girl band Little Mix, formed during the eighth series of The X Factor in 2011.

Since then, they have attracted fans across the world and sold 60 million albums, thanks to hits such as Shout Out To My Ex, Black Magic and Sweet Melody.

The pop star, who welcomed twins in August with her footballer fiance Andre Gray, was supported at the premiere by bandmates Jade Thirlwall and Perrie Edwards.

Ameen said it was “amazing” to bring a representation of black British culture to the big screen.

He added: “This is also a story that does come from a British guy who happens to be black-Caribbean, African-Caribbean, and it’s a story about my family first and that feels amazing. It’s really personal in that way.”

The London-born director feels the movie reflects how multicultural his home city and the UK are, as well as promoting universal themes of “love, happiness and joy”.

– Boxing Day will be released in cinemas on December 3.