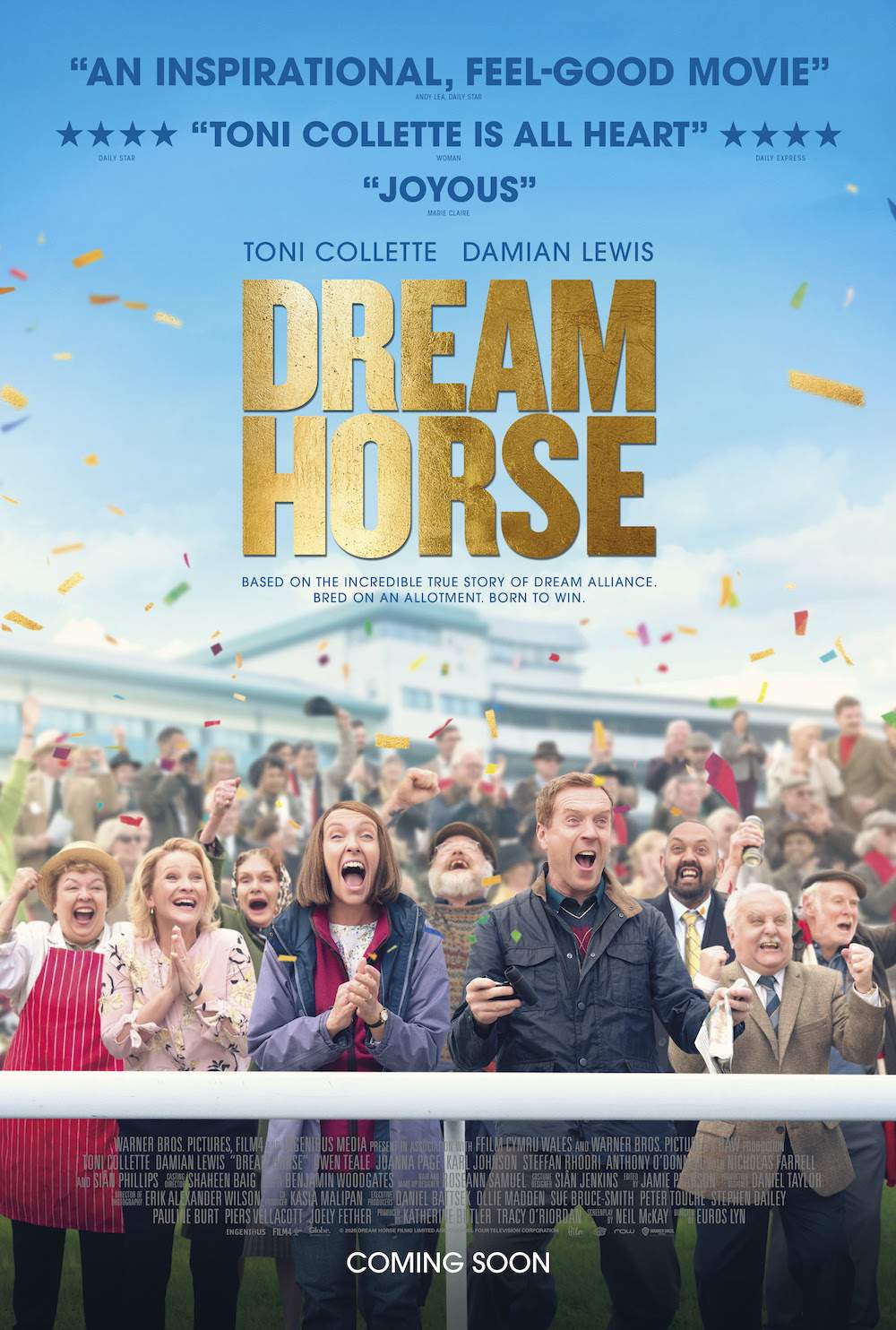 Based on the incredible true story of Dream Alliance, starring Toni Collette and Damian Lewis.

Jan Vokes, a cleaner and bartender, recruits her initially reluctant husband Brian and local accountant Howard Davies to help her bring together a syndicate of local people to breed a foal — which they name Dream Alliance.

On the racetrack, he proves himself to be more than a match for the multi-million pound racehorses he comes up against – a true working-class champion, taking on the establishment at their own game. But much more than this, Dream begins to alter the lives of everyone in the syndicate, not least Jan’s. He is everything to her: friend, confidant and an escape from a life of always putting other people’s needs first.

Dream Horse is a classic story of triumph against adversity, and a tale of how a woman strives to make her dream a reality in a place where hope is thin on the ground.

Bred on an allotment, born to win.

'DREAM HORSE' will be released in UK cinemas on June 4th.