It's A Dog's Life: Teddy's Haircut 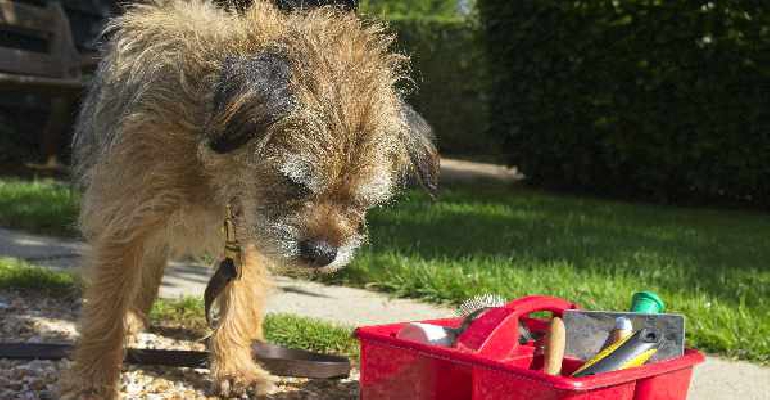 Things seem to be heading back to a sense of normal for ‘Them Indoors’, but there’s only one thing on Teddy’s mind: getting a decent haircut

One of the big steps back to normality in our household has been the return to the hairdressers. ‘Her Indoors’ had an appointment cancelled right at the beginning of lockdown, so she went for the longest without professional attention to her coiffure.

That sharp, edgy, asymmetric cut, really didn’t look good a few months down the line, and those home colour kits just don’t cover the grey as effectively as the salon treatments. At the slightest hint of the hairdressers reopening, she was in touch, pleading her case.

When she was offered an appointment, she would have cancelled almost anything to get there, and I have to say she does look a lot better. I did hear somewhere that hairdressing clientele were being encouraged not to talk too much for hygiene reasons.

I wasn’t there, because dogs aren’t invited, but I’m guessing that didn’t happen. ‘Her Indoors’ and her stylist had a lot to catch up on.

‘Him Indoors’ hasn’t been near a salon for years. He isn’t a long-haired hippy, although he did flirt briefly with the idea of growing a ponytail for fun when there was nothing better to do.

It was just decided, years ago, that spending money on so little return was a bit of a waste, so ‘Her Indoors’ bought some clippers. She only does one style and one length, but she has actually got quite proficient over the years, and he has been a bit smug with neat, tidy hair, during the whole lockdown experience.

He did offer to reciprocate and cut ‘Her Indoors’ hair, but she decided it had the potential to endanger their marriage and declined.

‘Junior Him’, on his brief sojourn at home whilst purchasing a flat, refused ‘Her Indoors’ kind offer in the clippers department, for similar relationship preserving reasons, whilst ‘Him Indoors’ mother got so frustrated with hers, she started chopping bits off with a pair of scissors, which has an interesting effect.

‘Junior Her’ was so relieved at the return to normal grooming pleasures, that she took a day off work to luxuriate in the whole salon experience and say goodbye to her split ends.

And grooming is something that has even greater significance for us dogs as we have fur all over, not just on our heads. I normally go to my groomer, Nicky, every four months, to keep me trim and tidy.

Us Border Terriers have a double coat: a soft fluffy under vest and a harsh waterproof top layer. This requires a process which goes by the slightly deviant title of ‘hand-stripping’.

I’ve learnt not to mention this on social media, otherwise you get a lot of interest from scantily clad young ladies. Anyway, it involves pulling out the dead stuff, leaving me neat and spruce.

I’m not overly keen on the process, but I love being a bit cooler, and all the resulting fussing and compliments. It’s not just people who like looking well groomed, us dogs need to look our best too.