Ten Off The Beaten Track Destinations To Visit Before Everyone Does 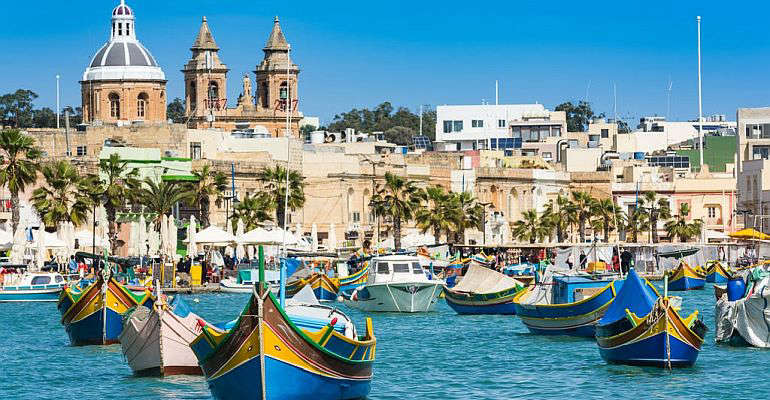 Like a motorist complaining about the traffic, the modern traveller goes to great lengths to avoid fellow tourists. Authenticity has been the backpacker’s buzzword for some years, and there’s a high premium placed on getting in somewhere before the crowds...

Unfortunately, when everyone is off the beaten track, it quite often means that no one is. New figures from Hostelworld reveal the holiday hotspots that saw the greatest rise in British visitors between 2017 and 2018 – with one lucky location growing by more than 2,000%.

Many of them are little-known, but they’re unlikely to remain so. As soon as we're good to get abroad again, here’s our pick of some of the up-and-coming tourist destinations to see before everyone does...

No prizes for guessing the appeal here – Coron is a fully-fledged tropical utopia replete with glistening sands, clear-blue shallows, and the just-as-good-as-it-sounds Twin Lagoon. Beneath the waves you’ll find the expected assortment of tropical fish, as well as a host of World War Two shipwrecks perfect for divers to explore.

The nearby El Nido is seeing a similar surge in interest, and between them they’re turning the province of Palawan into the Koh Samui of the South China Sea.

We’re already sensing a theme here. Lembongan Island lies just offshore from the long-established island paradise of Bali. Surf, snorkel, or scuba your way around the coastline, or stroll the clifftops in search of the sort of sunset only the tropics can provide.

Though still every inch an island paradise, our next entry does at least shake things up by heading inland. The tiny village of Ella lies at the heart of Sri Lanka’s hill country, surrounded by temples and tea plantations coated with a thick layer of tropical fauna.

It’s perhaps best known for lying at the end of one of the most scenic railway lines in the world: The seven hour Kandy-Ella train chugs merrily past plummeting waterfalls, soaring precipices, and outrageously lush mountainsides,

A classical beach paradise with a twist, Holbox has supplemented it’s idyllic coastline by completely forgoing cars. The pastel-coloured streets are filled instead with bicycles and buzzing golf carts, that make for bustling if not always peaceful beach break.

Whale sharks at sea, pelicans and flamingos on the shore, and between them green-tinged tides sifting sun-soaked sand – Holbox has all the trimmings you could expect from a Caribbean cay.

We’re not sure why the Philippines has chosen this precise moment to explode in popularity, but the Southeast Asian archipelago is having a well deserved career year. 2018 saw an almost 10% rise in UK visitors to the country, and many of them flocked to the beaches of Panglao Island, a jewel of the Bohol Sea.

Come for the nightlife, but stay for the sealife. Dolphins, manta rays and whale sharks prowl the surface waters, while kaleidoscopic corals dot the ocean floor.

Another of 2018’s breakout destinations and a mecca for European sun-seekers, visitors to this tiny Mediterranean nation are never more than half an hour from the beach.

St. Julian’s is a symbol of its transformation: Once a sleepy fishing village, fashionable restaurants and bars now adorn every street corner, while the waterfront is studded with resort hotels. Most of them have swimming pools, as well as access to the clear blue waters of the Med.

The peninsula of Kaikoura has been a staple of New Zealand tourism for some years, and we reckon its sudden spike in visitors is more recovery than epiphany.

In 2016 a magnitude 7.8 earthquake tore through the town so ferociously that the entire coastline was wrenched a metre out of the sea. That sort of thing can put off would-be holidaymakers, but tourists are now returning in droves, ready again to enjoy the town’s traditional menu of whale watching, dolphin spotting and seal swimming.

A large capital city in the crux of the Caucasus, we can’t quite see what it is about this metropolis that elevates it above the rest. There’s a 4th century fort looming above the city which yields great views over the valley, and the golden artefacts at the National Museum of Georgia are splendid.

There’s modern architecture too – like the undulating glass and steel Peace Bridge – and the art scene is supposed to be very up-and-coming. And now you mention it, the food is thoroughly cosmopolitan, and wine is one of Georgia’s cultural cornerstones…

A former Spanish capital, cradle of the Castilian language and gateway to northern Spain, visitors to this medieval Spanish fort town can enjoy a range a museums, and vibrant nightlife boosted by the city’s large population of students.