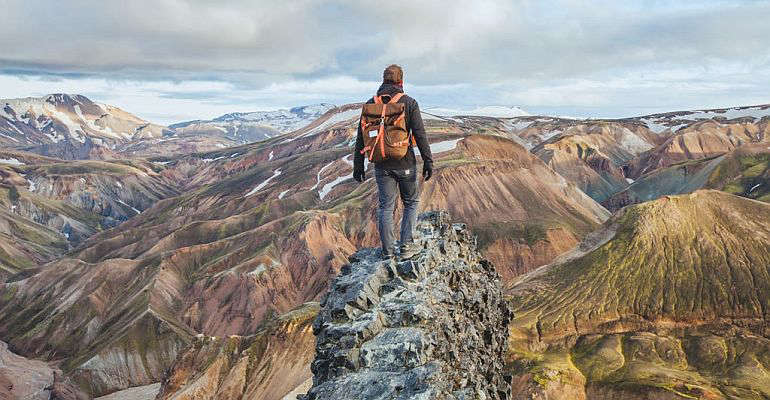 Forget the cosmos - there are new frontiers aplenty here on Earth...

From the depths of the ocean to the surface of the Moon, mankind has made a mission out of conquering remote and extreme environments, but there are still large swathes of Earth’s land masses that remain relatively unexplored.

Excluding Antarctica (because that would be too easy), these are the world’s wildest wildernesses.

The world’s longest road, the 48,000 kilometre Pan-American Highway runs tip to toe through both American continents, from Prudhoe Bay in Northern Alaska to Ushuaia on Argentina’s southern tip. Only it doesn’t quite, because there’s a 100 kilometre-odd break in the middle, known as the Darien Gap.

A notoriously dangerous corridor of impenetrable jungle running coast to coast along the Panamanian-Colombian border, Darien is a lawless, roadless no man’s land that has long fascinated and frightened some of the world’s hardiest adventurers. They can pick their poison: treacherous, vertiginous terrain, an abundance of snakes and jaguars, or violent paramilitary groups engaged in drugs and people-trafficking.

Not a wilderness as such, but wholly unexplored, Gangkhar Puensum in Bhutan is one the only spots on land that no human foot has ever trod. At 7,570 metres, it’s the world’s tallest unclimbed mountain (40th overall), and and that’s unlikely to change thanks to a law prohibiting all climbing in Bhutan above 6,000 metres. In effect since the mid-Nineties, the rule protects the beliefs of locals who associate high altitudes with the Gods.

It’s not the only peak yet to be conquered. In August this year, a three-man Czech team undertook summitting Muchu Chhish, a 7,452 metre mount in an extremely remote corner of the Pakistani Himalayas, which has seen few attempts and no successes. They turned back after failing to find an appropriate spot to pitch camp.

Ensconced in the deepest, darkest recesses of the Amazon, Vale do Javari does not want for human occupation, just contact with the outside world.  The area contains at least 14 uncontacted indigenous tribes, all of whom remain isolated by choice. Entering their territory is forbidden under Brazilian law, and is only allowed as a last resort to save lives.

Cut off in the extreme west of Brazil, it’s not a place you’d end up by mistake, and trekking from civilisation takes several days. All 19 known villages were mapped from the air, and make Vale do Javari the most densely-populated area of uncontacted indigenous anywhere on Earth.

Like Australia’s Red Centre, or the dark heart of the Amazon, Greenland contains a vast inner hinterland you probably wouldn’t want to visit even if you could. The world’s largest island (by a very long way), Greenland’s main ice sheet covers 660,000 square miles and measures 1-2 miles thick, rendering much of its landmass completely impassable. Indigenous villages scatter the coast, but venturing inland is the preserve of polar bears and drones.

Invariably described as a ‘lost world’, Cape Melville is a mountainous headland on a remote peninsula in Northeast Australia that has been suspended in perfect isolation for millions of years. The boulder-strewn base is relatively easy to explore, but the rainforest-covered peaks and plateaus above can only be accessed by helicopter, and have been mapped solely by satellite.

A team of scientists embarked on an ambitious expedition to the region in 2013, and promptly found brand new species of skink, gecko and frog.

It is difficult to properly express the sheer scale of Russia’s land mass, because the only thing large enough to put it into context is itself. The country contains a sizeable majority of the world’s remaining ‘wilderness’ regions – areas wholly untouched by human hands – and the vast, eastern expanses of forest and tundra are relatively uncharted and untrod.

We were tempted to opt for the whole of Siberia, but even in Siberia there are remoter regions, and the Sakha Republic stands out for containing pine trees, snow and nothing else. The map is very bare, but it does contain the tiny town of Oymyakon – the coldest permanently inhabited settlement on Earth.