Planning A Staycation: Where To Go (And Avoid) For Good Weather In The UK 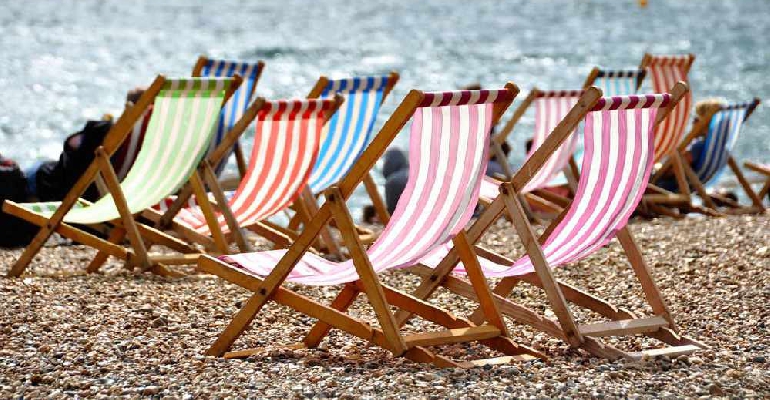 The weather isn’t the only reason to holiday outside the UK, but it must be pretty high up the list...

Famed for its unpredictability, British summertime is quite capable of delivering a sudden cool snap or pouring rain – turning what should have been a gentle camping trip or relaxing hiking holiday into some kind of survival test.

But while nowhere can promise pleasant British weather, you can at least rig the dice a little by noting down the places most likely to soak or sun you.

According to data from the Met Office, these are the warmest, coldest, wettest and windiest spots in the UK…

They might look exposed and windswept when viewed on a map, but it’s actually Britain’s southern islands that scoop the title of warmest all year round. Channel Islands Jersey and Guernsey both maintain an average temperature of around 12C (data running 1981 to 2010), as do the Isles of Scilly off the southwesternmost tip of Cornwall.

Altitude sticks something of a spanner in the race to be Britain’s coldest, as temperatures decrease by around 0.5C for every 100 metre increase in height above sea level, meaning the lowest temperatures are inevitably recorded at the tops of mountains. Braemar in Aberdeenshire scoops the crown as Britain’s coldest low-lying area, returning an annual mean temperature of 6.6C.

Scotland also notches the coolest maximum temperatures recorded for each of the main summer months. The lowest for June is 5.1 at Nunraw Abbey (East Lothian) in 1975; for July it is 7.5 in Clashnoir (Banffshire) in 1978; and for August it is 8.9 in Lerwick (Shetland) in 1964.

If you remember your secondary school geography, it should come as no surprise that the wettest parts of the UK are also the most mountainous. Met Office sites in Snowdonia, the Lake District and the Scottish Highlands all receive more than four metres of rainfall per year – the highest levels recorded anywhere in the UK.

Other rainy parts of the UK include west-facing slopes of the Pennines, higher-elevation areas of Dartmoor, Exmoor, and Bodmin Moor in the southwest, and mountainous areas of Northern Ireland.

Another category in which offshore areas dominate, the northern archipelagos of Shetland and Orkney are comfortably the two windiest places in the UK, notching average wind speeds of 14.6 and 14.3 knots respectively.