Mermaids, Elves And Pirate Treasure – Where To Have The Ultimate Fantasy Adventures 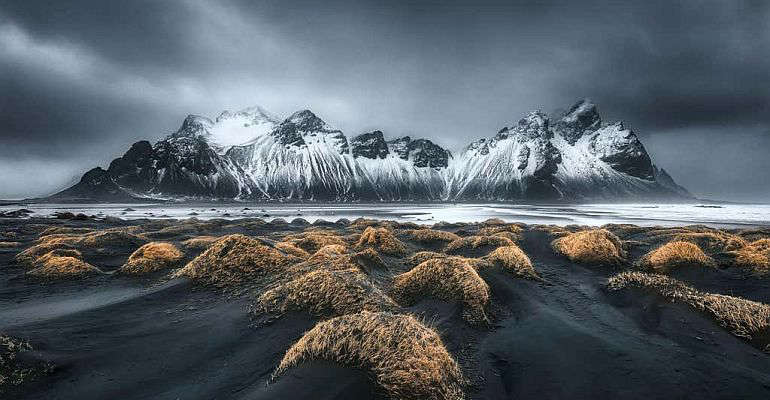 Escape the doldrums of reality by planning a fairy-tale holiday, says Sarah Marshall...

Although for some, the idea of going on a foreign holiday might still feel like a fantasy, there’s no harm in indulging in a bit of make-believe. So many destinations across the globe are steeped in mystery and folklore, and learning about the bizarre stories and traditions underpinning communities is an adventure in itself.

If you’re seeking some escapism beyond even the wildest of dreams, try these trips exploring some of the world’s most outlandish fables and beliefs – from mermaids with monkey heads, to elves hiding in rocks.

The myth: During the 18th century, at the peak of the Spice Trade, the Indian Ocean was awash with pirates waiting to hijack vessels laden with exotic treasures. Sainte-Marie, an island off the northeast coast of Madagascar, became a popular hideout thanks to its strategic position and availability of fresh water.

Scotsman Captain Kidd, who was hired by European royals to attack foreign ships, supposedly stashed his loot in Sainte-Marie, where he also sank his vessel the Adventure Galley – which was rediscovered between 2001 and 2015.

Visit: Guests can stay on the sands of the Sainte-Marie Island at the Princesse Bora Lodge and Spa, an eco-conscious hideaway with sunken bathtubs, a beach restaurant and on-site vegetable garden. Luxtripper (luxtripper.co.uk; 020 8534 3125) offers a seven-night half-board trip from £1,795 per person, including flights and transfers.

The myth: Every year, witches would congregate at the top of Brocken mountain to worship the pagan god and goddess of spring, Wotan and Freya. The ritual of Walpurgisnacht was so dramatic, it captured the attention of German writer Johann Wolfgang von Goethe, who used the Harz Mountains as a backdrop for scenes in his famous work Faust.

Today, wannabe witches and devils head to surrounding towns and villages on April 30, transforming the event into a Gothic-themed festival. Harz inhabitants still believe the area is populated by spirits and devils, hence place names such as Einhornhöhle (Unicorn Cave), Hexentanzplatz (Witches Dance Floor) and Teufelsmauer (Devil’s Wall). To date, however, no-one has run into the Mining Monk, a ghost who would haunt miners working in tunnels below the mountain.

The myth: Lurking in lava formation tucked into the shadows of mountain folds, ‘hidden people’ can be found all over Iceland. Although these Huldufólk look and behave like humans, they are often invisible and only appear in special circumstances .

Icelanders warn against throwing stones (in case they accidentally hit a hidden person) and it is customary to leave food out for the shape-shifting beings at Christmas. On Midsummer Night (June 24), anyone who happens to be sat at a crossroads is likely to encounter mischievous elves, who will try to tempt them with food and gifts.

Living in harmony with nature, the Huldufólk also have a reputation for halting the construction of roads or demolition of rocks for new buildings. In 1982, 150 Icelanders marched on the NATO base in Keflavík to look for “elves who might be endangered by jets”.

Visit: Learn about the Huldufólk on new six-day Trekking Eastern Iceland escorted group tour from G Adventures (gadventures.com; 020 7313 6953). Staying at a local guesthouse in a small Icelandic fishing village, travellers can join walks led by members of the community through valleys shared with the elves. From £1,232 per person, excluding flights, for July and August departures, when booked before July 31, 2021.

The myth: Not all mermaids have flowing locks and big beautiful eyes. In Japan, the ningyo (meaning human fish or mermaid) has a monkey’s mouth with tiny teeth, a voice like a flute and she cries white pearl tears. A majestic creature, she has the power to bestow eternal youth and beauty on any woman who (bizarrely) manages to take a bit out of her.

But catching the sea nymph has never been easy: a portent of storms and misfortune, she’s always been given a wide berth by fishermen, and villages in Okinawa fear trouble if she’s washed up ashore.

On the plus side, a belief eating a ningyo will bring bad fortune has partially helped preserve the dugong – a cumbersome sea cow thought to have been mistaken by early sailors for mermaids.

Visit: Travellers can snorkel in the crystal clear waters of Okinawa on a 14-night Sun, Sea and Sights in Japan trip with Luxtripper (luxtripper.co.uk; 020 8534 3125) from £4,250 per person, including flights.