Five Film And TV Experiences The Family Would Love This Xmas 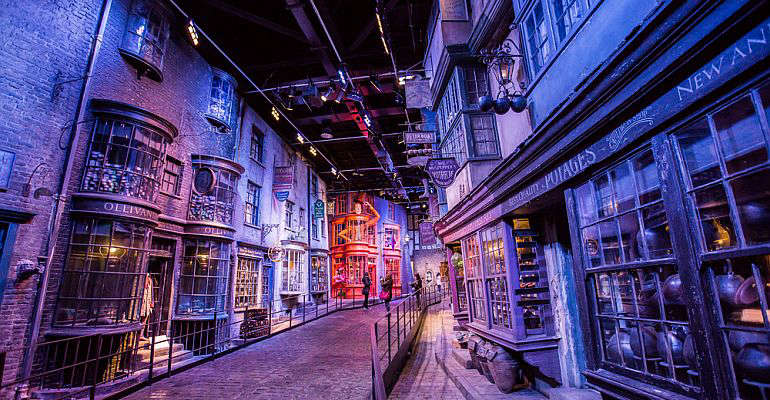 Looking for a unique gift for the family this Xmas? Experience Days are offering a range of great deals on these exciting film and TV experiences...

Calling all Harry Potter lovers and film fanatics! If you’re still wondering when your letter from Hogwarts will come clattering through the letterbox (or the fireplace!), this experience could fulfil a lifelong dream. Warner Bros. Studios is home to iconic sets from the internationally adored franchise, including Privet Drive, The Great Hall, Diagon Alley, the Forbidden Forest and Gringott’s Bank, amongst many more! You’ll also get to try Bertie Bott’s Every Flavour Beans, sample some delicious Butterbeer, and even ride a broomstick!

This fantastic James Bond tour of London is your chance to step into the fascinating world of espionage as you enjoy a thrilling day out; travelling in a luxury mini coach you will visit plenty of iconic 007 movie locations and see many interesting places that are linked with both Ian Fleming and Bond. Throughout this action-packed day out, you will: visit the MI6 HQ where you may even spot a real spy; see St Petersburg Square which James Bond visits in Goldeneye; pass along the route used for a brieifng with M and Bond in Tomorrow Never Dies; gain plenty of information about Ian Fleming's London inspirations; plus see many film locations from Skyfall and The World is Not Enough.

This Only Fools and Horses tour of Bristol is a ‘cushty’ way to take in the city, and a must for fans of Del Boy and his escapades. Widely considered to be the best British sitcom, Only Fools and Horses has a loyal following of fans all over the world. The show was set in Peckham, London, but was predominantly filmed in West London and Bristol. This is where your tour takes place, so get ready for some fantastic behind-the-scenes insights into Del Boy and Rodney’s old stomping ground!

Hidden fans of the hugely popular BBC sitcom won't believe their luck on this tidy Gavin and Stacy Filming Locations Tour. So climb aboard the original Dave's coach and see what's occurrin' in Barry Island as you visit sites featured in the modern comedy classic.

The 3 hour bus tour begins at Barry Island Station and will lead you between some of the show's principle filming locations. Dedicated fans are sure to have their knowledge tested in a special Gavin and Stacy quiz and you may even learn something new from your professional guide. There'll be photo opportunities aplenty too - with stops at the church, Stacy's street and Nessa & Dave's caravan to name but a few!

Game of Thrones fans rejoice! This nine-hour Game of Thrones tour of Belfast is an immersive deep-dive into everyone’s favourite fantasy drama, led by the ultimate Game of Thrones super-fan. You’ll follow your guide through the beautiful landscapes of Belfast, dress up like real Winterfell residents in cloaks and replica weapons, and explore a variety of filming locations used in the show! The perfect addition to a lovely long weekend away...